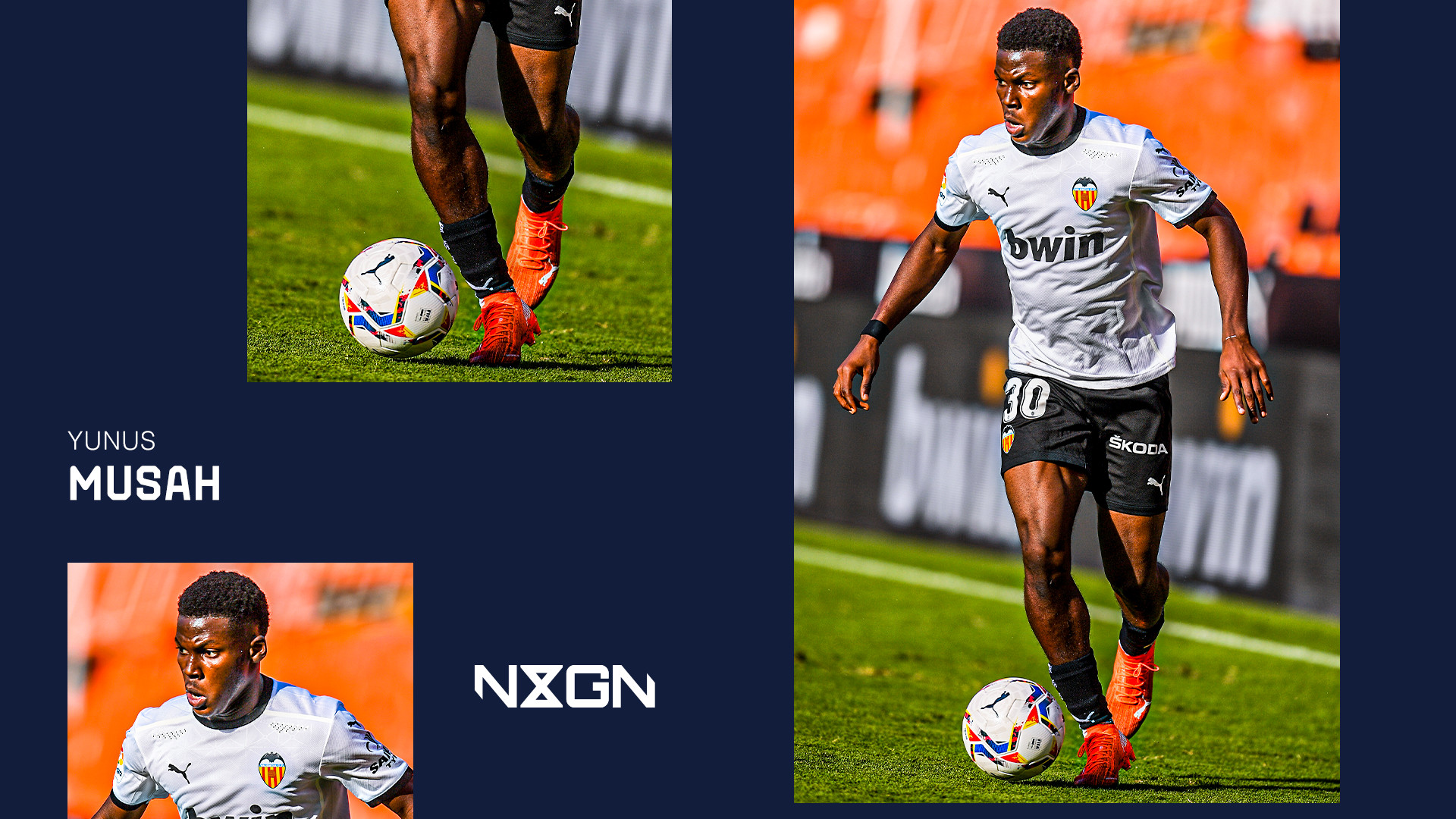 It is not unfair to dub the events of the past year at Valencia as an absolute shambles.

From the deeply unpopular decision to sack Copa del Rey-winning coach Marcelino at the start of last season to a summer window ahead of the 2020-21 campaign that saw a number of star names sold at bargain prices, the club's owner, Peter Lim, and president, Anil Murthy, are never far from controversy.

The current crisis engulfing Los Che has led to threats of resignation from manager Javi Gracia and social media outbursts from angry players who are either upset at the departure of key players or desperate to be part of the exodus themselves.

Despite all that, there is some hope at Mestalla. With the club having failed to sign any players during the off-season, the holes in the team that were left by the players who have moved on need filling, and Gracia has turned to the club's academy to do so.

One such player who is thriving after being given an opportunity to impress in La Liga is midfielder Yunus Musah, with the 17-year-old already becoming a fixture in the Valencia team.

Though the circumstances may be less than ideal, earning first-team minutes at such a young age only justifies Musah's decision to turn his back on Arsenal just over 12 months ago and instead move to Spain.

With the Gunners from the age of 10, Musah was regarded as one of the brightest prospects within the club's Hale End academy structure having captained England at various age-group levels.

But when the opportunity arose to sign onto a scholarship in north London, Musah decided against putting pen to paper, and made the decision to head for the continent in the hope that senior opportunities would present themselves far sooner than they might in England.

Early signs suggest it was the right call from a player who is no stranger to globetrotting.

Born in New York City while his mother was on holiday in the Big Apple, Musah - who is of Ghanaian descent - spent the first nine years of his life living in the northern Italian town of Castelfranco Veneto.

It was there that he joined his first club, Giorgione Calcio 2000, and his talent was clear from the moment he arrived.

"We signed Musah, like so many local children after the city camp that we do every year at the end of the season," Antonello Orfeo, club president at Giorgione explained. "The boy already had something special.

The season isn't over yet , one more push for the league title💪🏾 #coyg🔴⚪️

"I dare say he was the classic phenomenon. Those at his age couldn't compete with him."

Musah regularly played above his own age group before family circumstances meant he was forced to move from Italy to London, though it did not take long for Arsenal to spot his talent and enrol him into their own youth system.

It soon became apparent that Musah had both the technical ability and physical attributes to succeed at the highest level, and he had already made his debut for the club's Under-18s by the time he celebrated his 16th birthday in November 2018.

Over the course of the next 18 months he played a further 16 games at that level, scoring five goals and providing three assists, but with the likes of Emile Smith-Rowe and Joe Willock ahead of him in the pecking order in terms of breaking into the first-team picture, opportunities to progress further seemed unlikely.

With that in mind he opted to fly the nest - a decision that Spanish newspaper Marca recently revealed left then-manager Unai Emery feeling as if he had been "stabbed" - and despite reported interest from Juventus he opted for Valencia.

He spent the entirety of his first campaign in Spain playing for the club's reserve side, Valencia Mestalla, in the third tier of Spanish football before his promotion in pre-season to join Gracia's depleted first-team squad.

Thus far he has started five of the club's opening seven league games, with his speed and willingness to take on defenders ensuring he is already causing headaches for opposition coaches.

In making his debut against Levante on the opening day of the campaign he became, at 17 years and 289 days, the youngest foreign player to ever represent Valencia as well as the first Englishman to play for the club.

Having played centrally either as a traditional box-to-box midfielder or as a number 10 for much of his youth career, Musah has been deployed on the right-hand side of midfield since his breakthrough into the first team.

The player himself, though, is keen to ensure he is seen as an all-round attacking threat rather than being pigeon-holed into one position.

"I want to score more goals and be more consistent with my passes," he told the club's website following his debut. "Sometimes in the game I can do so many good passes and one bad one. I want to correct that.

"I can run past players because I'm a bit bigger than some of them. I'm really good at passing and I can create a lot of chances."

Eligible to play for Ghana, Italy or the United States, Musah continues to represent England at international level and is set to form part of the U20s squad at the 2021 World Cup.

The Three Lions, of course, are no strangers to being able to call upon young wingers who have been fast-tracked into the first teams of top clubs on the continent, and Musah will hope he can follow a similar path to that of Jadon Sancho down the line.

For now he is just trying to help Valencia get back to where they belong. Amid a lot of gloom at Mestalla, Musah's emergence has offered supporters a glimmer of hope.