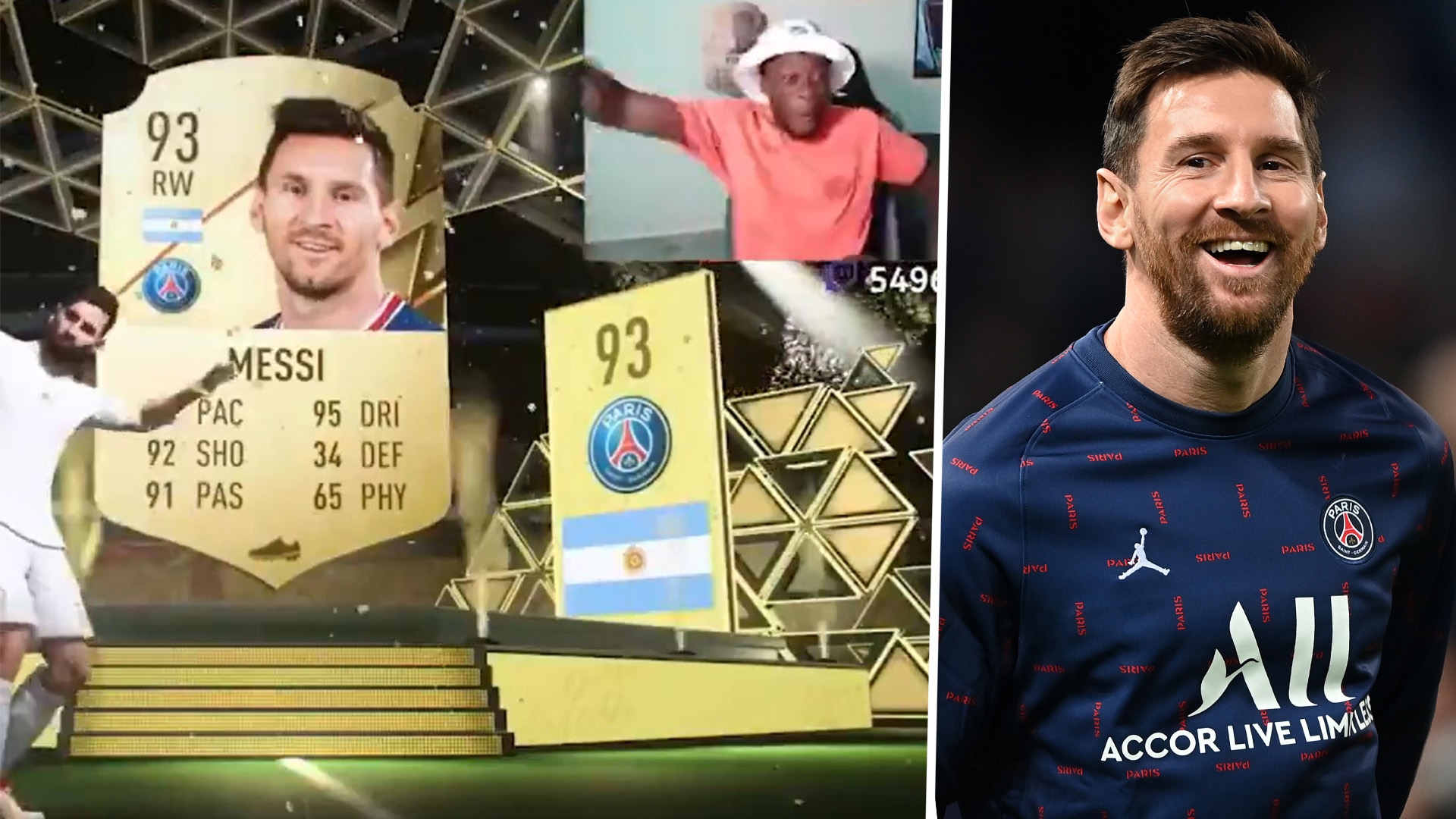 Alphonso Davies, a Champions League-winning star at Bayern Munich, is already a lucky man - but the 20-year-old Canadian has taken things a step further by packing 93-rated Lionel Messi on FIFA Ultimate Team.

FIFA 22 has only been out a matter of weeks, but Davies has already peaked when it comes to assembling his dream FUT squad.

The Bayern left-back got a little excited when realising he had landed Messi, with there no longer a need to wait for walkouts as the Argentine superstar dances his way through pyrotechnics.

Davies was live streaming on his personal Twitch channel on Thursday when the Messi bomb dropped. He spent much of the session opening packs on Ultimate Team, with one obvious highlight.

Davies could not hide his delight at securing Messi, as he jumped off his seat and screamed: “Let’s go!”

The chances of packing Messi in FUT are minimal, so Davies had every right to be bouncing off the walls.

The odds of landing a Gold 83+ OVR player in a standard 7.5k gold pack are around 3.5%, so to get Messi – the highest-rated player on the game – is some achievement.

Is Davies a fan of Messi?

While Davies can now line Messi up in his Ultimate Team on FIFA 22, he has faced the six-time Ballon d’Or winner in real life.

Davies was snubbed by the South American at the final whistle, telling BT Sport on asking for Messi’s shirt: “Yeah, I asked for it, but I think he was a little upset. It’s OK, though. Next time, hopefully.”

Davies also said on TikTok of a famous photo which shows him being helped back to his feet by Messi: “Literally, I was standing there looking at him. I was in awe. I was like, damn Messi!

“He fouled me, then he helped me up. That picture will stay with me forever. I'm gonna frame that picture.”