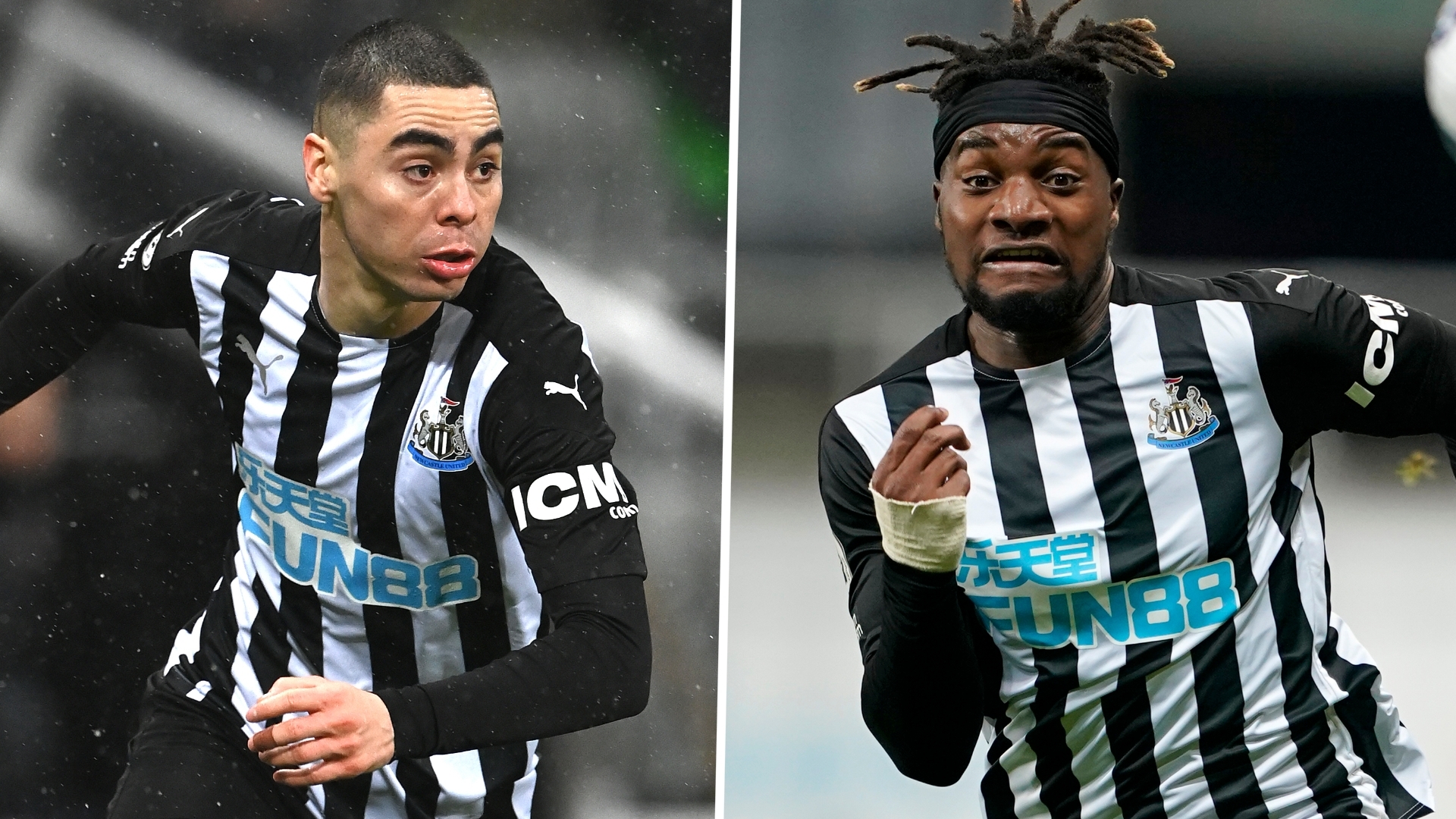 Steve Bruce’s side are already looking anxiously over their shoulder in a basement battle, and will now be without two key forwards

Newcastle have been rocked by the news that Miguel Almiron and Allan Saint-Maximin are set to be sidelined until April, with the forward-thinking pair handing Steve Bruce an untimely injury headache.

The Magpies are looking anxiously over their shoulder at a Premier League basement battle, with there every chance that they will be sucked towards a relegation trapdoor.

Efforts to start edging clear of trouble will be not aided over the coming weeks by unfortunate fitness setbacks suffered by two key attackers – with Paraguay international Almiron netting five times this season while Saint-Maximin has two goals and three assists to his name.

The Magpies have posted in a statement on their official website: “Newcastle United forwards Miguel Almiron and Allan Saint-Maximin will be out of action until April after picking up injuries during the Magpies' 1-1 draw with Wolves on Saturday.

“Almiron sustained a knee injury and had to be replaced at half time, while Saint-Maximin suffered a groin injury in the 63rd minute.

“Both have undergone scans and will continue their rehabilitation with the club's medical team.

“Defender Emil Krafth, who was substituted in the same game, is set to resume training later this week.​”

How many points do Newcastle have?

The Magpies have taken just 26 points from as many Premier League games this season.

That return has them sat 17th in the table, just one place and three points above the relegation zone.

Bruce’s side have collected only seven top-flight wins in the 2020-21 campaign, while suffering 14 defeats.

A crucial clash with fellow strugglers West Brom is next on the agenda for Newcastle.

The Magpies are due at The Hawthorns on Sunday for a game that will either drag them a little deeper into the mire or allow breathing space to be established.

Bruce’s men will wrap up their schedule with back-to-back outings against Sheffield United and Fulham – two of the sides currently below them – but have some tough tests to come before then.

Tottenham, West Ham, Liverpool, Arsenal, Leicester and Manchester City are all set to be faced in contests that will pitch Newcastle as underdogs.

That run will not start until after the next international break, by which time Newcastle will hope to have Almiron and Saint-Maximin coming back into contention.