£134m spent and Havertz to come: How Chelsea defied the pandemic to rule the transfer window 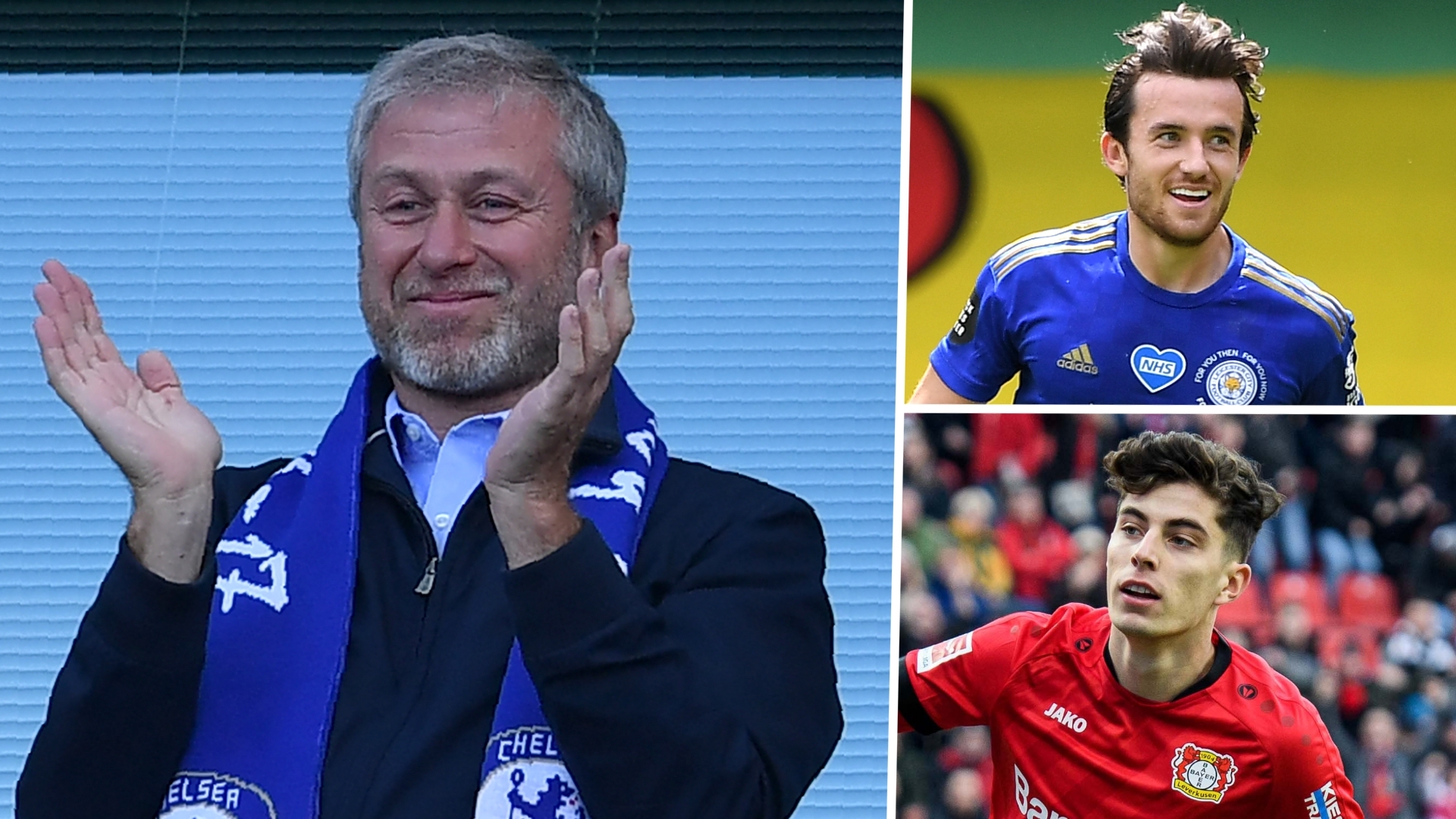 When Covid-19 brought the footballing world to a shuddering halt, there was quickly a realisation that the next transfer window - whenever that might be - would not be like any that had preceded it.

Gone were the days, at least for the time being, of transfers approaching £100 million, as even the biggest clubs began to navigate their way out of the economic collapse that accompanied the pandemic.

And while that continues to ring true for a number of teams, there is one clear outlier when it comes to spending this summer.

The arrival of Ben Chilwell at Chelsea on Wednesday means the Blues have now forked out £134m ($177m) on three players ahead of the new campaign, with the England international following in the footsteps of Hakim Ziyech and Timo Werner after their transfers from Ajax and RB Leipzig respectively.

That expenditure is set to break the £200m ($264m) mark once Kai Havertz's move from Bayer Leverkusen is confirmed, with the west London outfit having agreed to pay an initial £72m ($95m) to secure the Germany international's signature in a club-record deal.

Free-agent centre-backs Thiago Silva and Malang Sarr are also set to join Frank Lampard's side in the coming days, with Chelsea's aggressive summer recruitment drive coming after 12 months which saw them shackled firstly by their FIFA-imposed transfer ban over the summer, and then a lack of viable options in January.

It is clear that having an owner such as Roman Abramovich, who provides all of the club's finances himself, is an advantage when compared to more traditional models at clubs such as Liverpool, Barcelona, Juventus or Real Madrid.

All those sides, as well as new European champions Bayern Munich, are set for relatively quiet summers, meaning the opportunity is there for Chelsea to try and take advantage by significantly improving what is already a talented, but still inexperienced squad.

The Blues are well on track to beat their record expenditure for a season before it even starts. In 2017-18 they spent £234m ($323m) on the likes of Alvaro Morata, Tiemoue Bakayoko, Danny Drinkwater and Davide Zappacosta, and the hope is this splurge will not elicit as many big-money flops.

At the time such spending did not stand out given the way transfer fees were being inflated around Europe. As such, the current flashing of the club's cash harks back to the opulence shown in Abrahmovich's early days at the helm, which in turn led to back-to-back league titles under Jose Mourinho in the mid-2000s.

In the age of Financial Fair Play (FFP) that may seem like a risky strategy, but this is the pay-off of a longer-term plan within the transfer market, rather than a team ruthlessly taking advantage of UEFA's temporary rule changes that were enforced to protect clubs' finances in the wake of the coronavirus.

Lampard was assured he would be backed as they went through the January window without opening their wallet once, and the Chelsea hierarchy have been true to their word.

Despite the decision last summer to make Mateo Kovacic's loan move from Real Madrid a permanent deal at the cost of £40m ($51m), they still have the majority of the transfer fees they received via the sales of Eden Hazard and Alvaro Morata - a sum that amounts to £146m ($193m) - in the bank.

The FA Cup runners-up also bid farewell to the likes of David Luiz, Ola Aina and Tomas Kalas, meaning that, according to the CIES Football Observatory, they have made more from player sales over the course of the last two transfer windows than any other club on the planet.

Chelsea's transfer policy has always revolved around using the money raised from player sales to fund their own spending, and this summer is no different, even if the arrivals have come before the departures.

Bakayoko, Emerson Palmieri and Michy Batshuayi are all understood to be on the chopping block, with it expected that their sales alone will raise £60m ($79m).

Despite that, there is no hiding from the fact that while Chelsea continue to do well out of players they no longer require, Abramovich is key to them being able to conduct relatively normal business in an abnormal market.

Few, if any, clubs could realistically follow up annual losses of £96.6m ($127m) and the removal of matchday income with this scale of spending. But few, if any, have a Russian billionaire backing them.

Abramovich is able to cover any temporary shortfall, and with Champions League football secured for a second successive season after Lampard guided the Blues to a fourth-place finish last term, the accounts should look rosier heading into the new decade.

The 53-year-old has also overseen the building of the club's world-class academy and gave Marina Granovskaia - who now has a reputation as one of the best negotiators in Europe - a seat on the board.

Such decisions mean Chelsea now find themselves in the enviable position of having a first-team squad full of world-class talent that is part-homegrown and part-signed from elsewhere without ever having been forced to truly break the bank.

"I want the same [as him]. In terms of his commitment, I think he has shown his commitment regularly to our football club," Lampard said of Abramovich in June. "We have done some business now that will hopefully improve us for next season and we want to keep moving forward."

It is a situation that has other clubs looking on enviously in these difficult times. Chelsea are the kings of the transfer window once more - now Lampard must take advantage on the pitch.