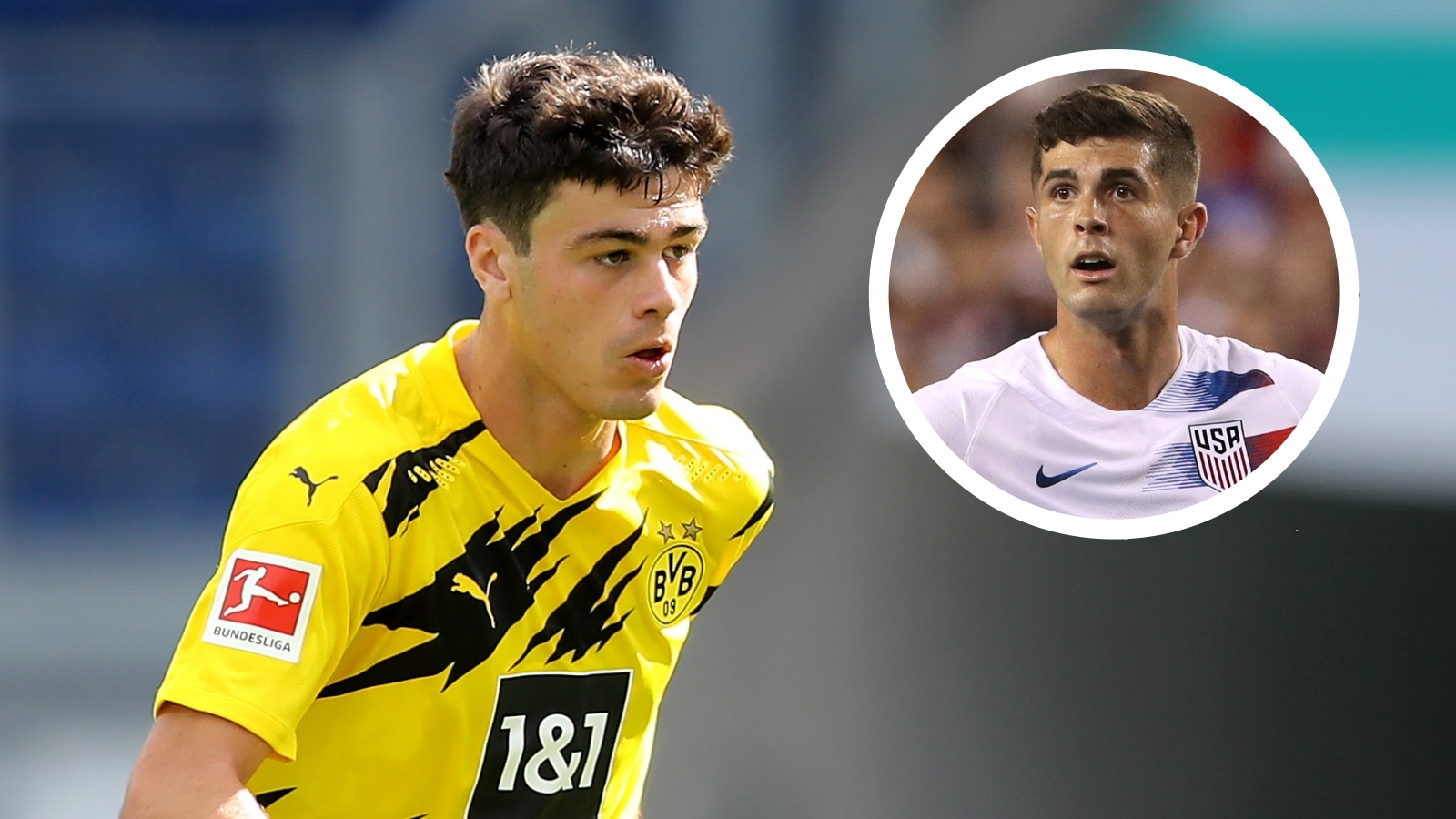 Christian Pulisic is excited by the potential in Giovanni Reyna and admits “the sky’s limit” for a fellow American following in his footsteps at Borussia Dortmund.

A key man on the books at Chelsea made the brave decision to head for Germany as a promising teenager.

That proved to be a wise career call, with Pulisic starring for a Bundesliga heavyweight while becoming a key man for his country and a Premier League-bound performer all by the age of 21.

Reyna is now treading a similar path, with the 17-year-old re-writing the history books after making his own breakthrough in Dortmund.

He is another being tipped to reach the very top, with Pulisic confident that a teenage compatriot can live up to expectations for club and country.

The United States international told CBS Sports of Reyna: “He's got to keep proving himself.

“Dortmund is off to a great start and so is he. We want to see how he does, and we're all excited to have him on the national team.

“I think for Gio, really, the sky's the limit. He's got a bright future ahead of him. But like I said, he's still got a lot to prove to get to that point.

“Obviously, we see the potential right now and a lot of talent. So we're really excited.”

Pulisic knows how tough it can be to leave the comforts of your homeland and go chasing a dream on foreign shores.

He has shown that impressive progress can be made with the right blend of talent and character.

Reyna is considered to boast those qualities, with the talented teenager clearing a number of hurdles to make his way into the first-team fold at Dortmund.

Pulisic said of his experiences and the advice he is now in a position to offer: “The first year is very tough, but it's so important to keep that ultimate goal in mind.

“Just keep going after that. That's really what I did, even through the tough days. That'll get you through, setting goals for yourself.”

Reyna is chasing down those targets at present, with the youngster feeling happy and settled in his current surroundings as his obvious quality begins to attract admiring glances and spark inevitable transfer talk.