England kick off their Women's Euros campaign on Wednesday at a sold-out Old Trafford, but can they go all the way?

That was the question for Beth Mead after the England forward scored twice against the reigning European champions, the Netherlands, in a 5-1 demolition at Elland Road.

It was a big statement from the Lionesses going into the Women’s Euros, sandwiched in between a 3-0 win over Belgium and a 4-0 rout of Switzerland in their pre-tournament friendlies.

“We hope so,” said Mead, responding to one of the more direct questions an England player has received about this summer’s ambitions.

However, she and her team-mates have not shied away from declaring their aim for the home Euros, which is to win it and give the women’s national team its first major honour.

Even a final appearance would mean going one better than the last three major tournaments, with semi-final defeats coming at the 2015 World Cup, 2017 Euros and 2019 World Cup – but that would not satisfy these players.

To help them realise their goal, the Football Association (FA) brought in a coach who knows exactly what it takes.

Sarina Wiegman led the Netherlands to this title five years ago, and last August she took the England job.

Since she came in, the team hasn’t lost, winning 12 out of 14 games, scoring 84 goals and conceding just three.

On top of all that, England won the Arnold Clark Cup in February, seeing off competition from three of the world’s elite – Spain, Germany and Canada.

With all of that said, this is by no means a perfect team. There have still been some defensive frailties on show despite Wiegman repairing a lot of those issues.

Concerns also exist about the ruthlessness in the final third, as England have sometimes failed to turn dominance into goals.

One other huge unknown factor going into the Euros is how the Lionesses will handle the pressure of not only being hosts, but also ranked among the favourites.

In that sense, the impact Wiegman has had on the environment around the team could make a real difference.

“We never really feel like we're under pressure a lot of the time,” Alex Greenwood, the England defender, says in a relaxed tone that matches the atmosphere she’s describing. “[Wiegman] takes that away from us.

“The biggest thing for me is she just wants you to enjoy playing your football and enjoy the style of play. That's massive in football.

"It does help you relax and be okay with making mistakes. That's so important because we're all going to make them.

"We're relaxed in the sense of pressure, but the intensity on the training pitch speaks for itself. That's when we come alive.” 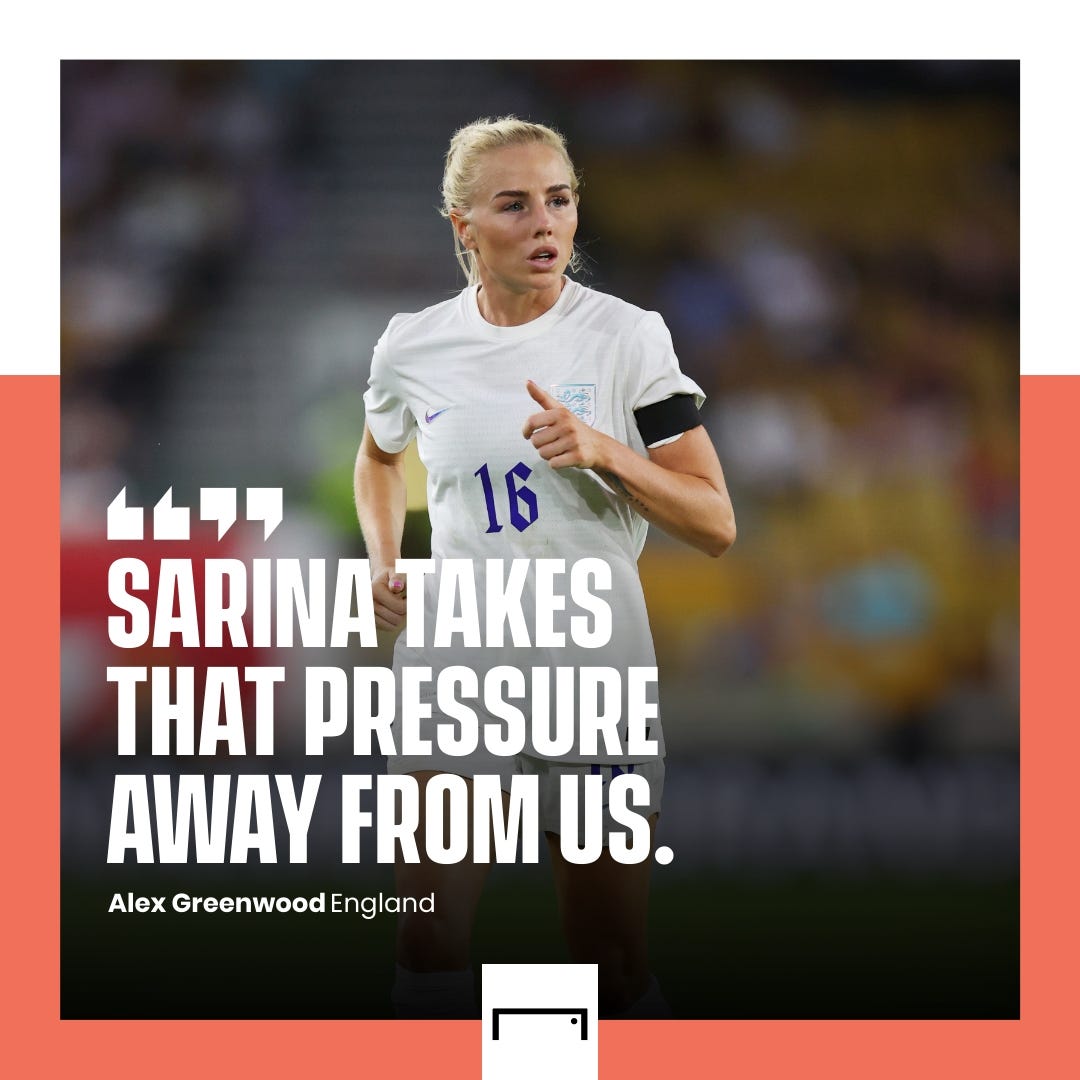 That so many of these players are used to high pressure and high demands at club level helps too, but the Euros will be unlike anything they’ve ever experienced.

For that, the FA has been able to tap into the experiences of the men’s team.

Players from Gareth Southgate’s side and Wiegman’s have crossed paths aplenty at St George’s Park, the home of England’s national teams.

With games of cards often on the agenda too, the topic of the men’s team’s journey to the Euros final has been a talking point – one which, while not strictly coming in a home tournament, saw them play six of their seven games at Wembley.

Many Lionesses have admitted that picking the brains of people who understand what they are going into has been hugely helpful.

Aside from all the off-the-field factors, though, the main reason why England can succeed this summer is the sheer talent throughout the squad.

Wiegman’s 23-player roster is packed with ability, variety and experience at the highest level – 20 of these players have lifted multiple major trophies with their clubs, with three of those winning the Champions League.

“I think we look at each other and we go, 'I'd have everyone in this team over anyone out of any other team,'” Georgia Stanway, who just signed for Bayern Munich, says. 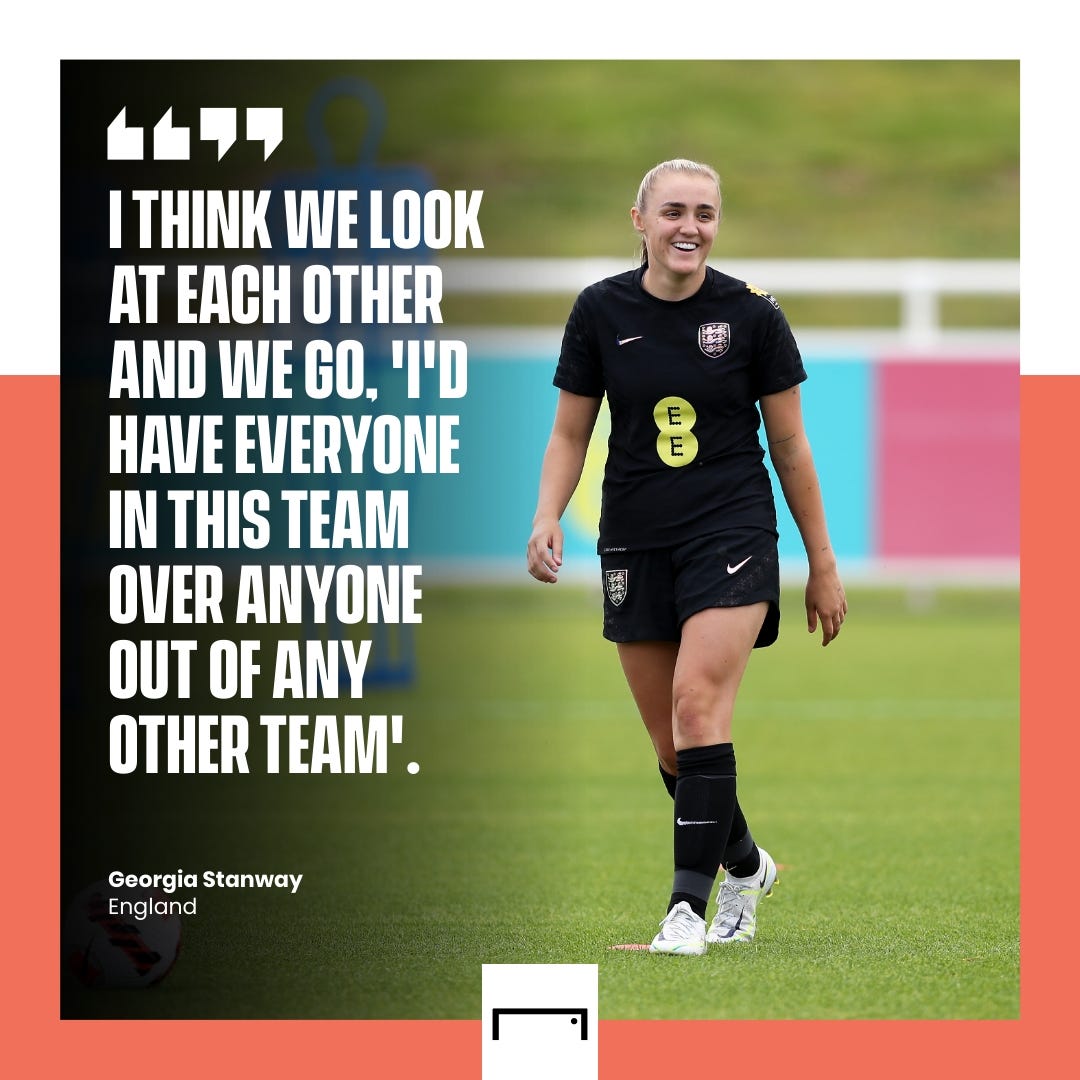 This will be the most competitive Euros ever.

Sweden, the Olympic silver medallists, have the most balanced team in this tournament. Germany, the eight-time European champions, are always ruthless. Spain have enjoyed a massive rise. France’s stacked squad is intimidating. The reigning champions, the Netherlands, are led by Vivianne Miedema; the 2017 runners-up, Denmark, by Chelsea’s Pernille Harder.

But England are certainly one of the top contenders for this title and arguably have fewer flaws than all of their rivals..

“When you’re abroad, you don’t always see what’s going on back home,” says Jill Scott, who is set to feature in her 10th major tournament for England.

“To think that we are here, we are going to get to experience it first-hand and what the fans experience, I think the pressure has changed massively.

“I don’t even think we are prepared for what we’re going into, but I hope we make everyone proud of us this summer.”

The Lionesses don’t need to bring football ‘home’ to do that – but it is what they’re aiming for. And they've got a real shot at it, too.