Manchester United and Chelsea have been handed a boost in their pursuit of Barcelona stars Frenkie de Jong and Pierre-Emerick Aubameyang. Both sides are hoping to bolster their squads before the transfer window shuts on the August 31, and the Dutchman and Gabonese have been strongly linked with moves away.

Indeed, United have spent all summer trying to woo Dutch midfielder De Jong to Old Trafford, although have, as of yet, been unsuccessful. Timo Werner and Romelu Lukaku have both left Chelsea this summer meaning the forward line may become a priority for Thomas Tuchel, who has worked with Aubameyang before.

What has Xavi said about De Jong & Aubameyang?

On Aubameyang's future, Xavi said: "I'm counting on him. Those I don't count on already know that they're not going to play. A lot of things can happen between now and August 31, but I'm delighted with Aubameyang." 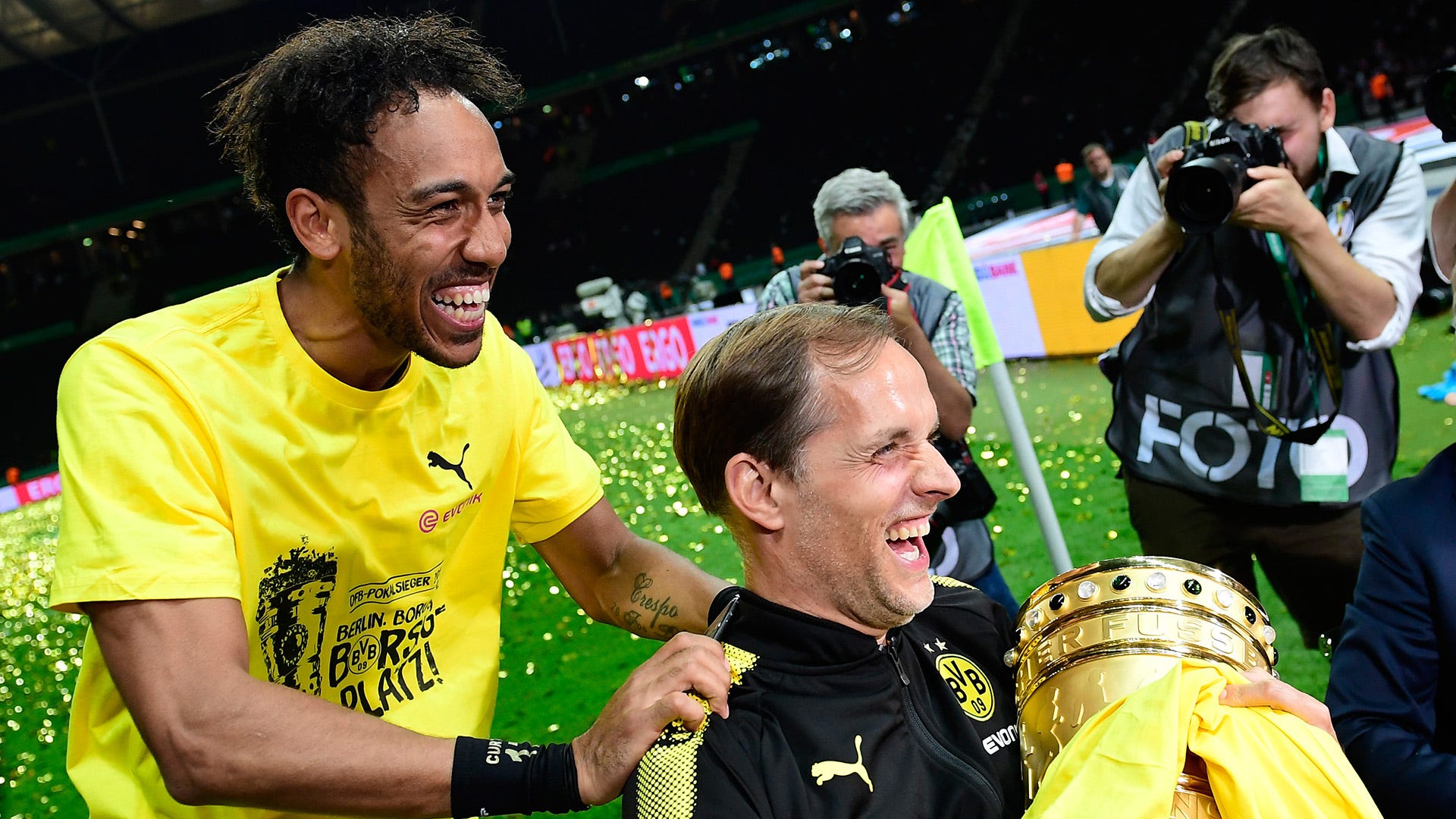 There has been huge speculation regarding De Jong's future, meanwhile, with Barcelona having demanded he take a pay cut despite reportedly owing him unpaid wages. Xavi remains adamant that the player features in his plans although would not rule out a possible departure.

He said: "De Jong? He’s important for me, he's in the squad and that's it. Until August 31, we'll see because the market is still open and we don't know what's going to happen."

The Catalans have signed a host of talent this summer, including Robert Lewandowski and Raphinha, but Xavi suggested that their transfer business may not be done yet.

He added: "More signings? We're still planning. And we'll see until August 31. There must be departures for there to be signings and until then there will be work. We work to have a competitive team."

GOAL understands that Manchester United remain interested in midfielder De Jong, although negotiations for the player been held up in recent weeks, leading them to look into possible alternatives.

Chelsea, meanwhile, are also reportedly keen on landing the Dutch midfielder ahead of their Premier League rivals.

As for Aubameyang, the former Arsenal striker has been linked with the Blues, although Thomas Tuchel - who worked with the forward at Dortmund - refused to comment on the alleged interest, albeit admitting that they shared a close bond.

He said: "This is totally separate from anything that is happening now, but I enjoyed a lot working with Auba while I was at Dortmund.

Do both clubs have any alternative targets?

As the move for De Jong continues to stall, United have started to look elsewhere, with both Napoli's Fabian Ruiz and Juventus midfielder Adrien Rabiot having emerged as targets.

Erik Ten Hag said he and the United board were on the same page when it came to signings, and believes that his squad will be improved before the end of the transfer window.

He said: "We have to [make the squad better]. I am convinced we will have [achieved that]."

It's unclear if Chelsea will bring in another forward, but they are looking to strengthen defensively before the window shuts.

Tuchel said: "We could use one more central defender. If you look at the numbers and given that at the moment we play in a back three, and the profile of the guys in the back three is a little bit different."

The Blues have made bids for Wesley Fofana, but have been "nowhere near" Leicester's asking price.

Let us know if you think both players will end up leaving Camp Nou! 👇