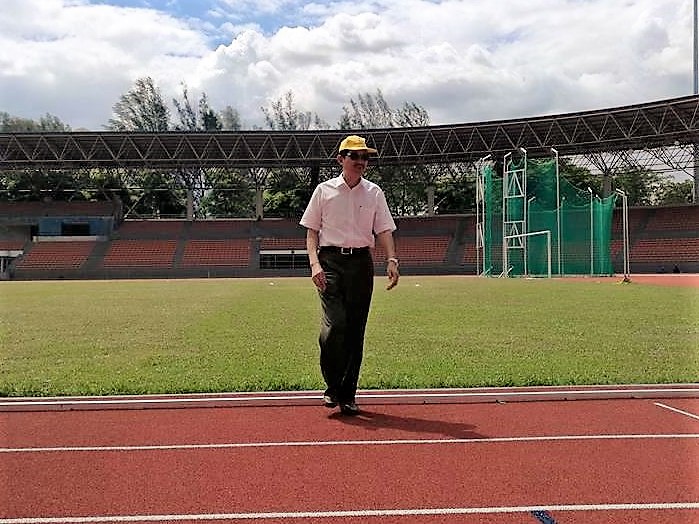 Only 1,347 fans turned up to the match that saw Kuala Lumpur promoted to the Super League, although the match had been made a free-entrance event.

Although Kuala Lumpur defeated Sabah 2-0 in their Premier League match on Tuesday, to secure promotion to the 2018 Super League, one aspect proved a blight on that evening.

Despite the match at the Selayang Municipal Council Stadium having been made a free-entrance event, only 1,347 fans turned up to the match.

However when asked by Goal following the match, club chairman Datuk Seri Adnan Ikshan disagreed that there were not many fans, and he is convinced that a bigger crowd will attend their matches next season, when they can use their home ground the KLFA Stadium again.

"From what I've noticed, any teams that fail to play well will be shunned by their fans. Praise God, we have a sizable crowd tonight, and it's not easy to draw over a thousand fans.

"The city residents are busy with work and Selayang is a little out of the way from the city centre. God willing, we'll move back to Cheras next season, and that venue will be more accessible to the fans," explained Adnan.

The 18,000-capacity KLFA Stadium in Cheras had been under renovation for the past three years or so, and the club that represent Malaysia's capital city of Kuala Lumpur have since shared Selayang with a number of teams in all three of Malaysia's football pyramid. Initially the renovation works had been set to be completed in the middle of this year with the venue scheduled as one of the venues for the 2017 Kuala Lumpur SEA Games football competition in August, but the deadline was then extended to the end of 2017.

Speaking on the success of gaining promotion itself, Adnan remarked that he is particularly proud of the team's success this time around, as their previous Super League promotion, back in 2010 only happened because of the shutting down of then top-tier sides Kuala Muda Naza and UPB-MyTeam.

"I want to thank everyone who has been involved, because we have not been promoted (to the Super League) on merit for around 14 years.

"We were in the top tier in the 2010, 2011 and 2012 seasons, but that was as replacement for teams that have withdrawn. This time it is an achievement.

"We hope the city residents realise this and will return to the stadium next season," he noted.

The City Boys now have one league match left to go; away to JDT II. A win will see them lift the league title.