Despite the numerous issues that have surfaced since its inception, the Mokhtar Dahari Academy was recently granted a two-star rating by the AFC.

Earlier this week, it was announced that the Mokhtar Dahari Academy (AMD), Malaysia's premier youth academy has been awarded a two star rating by the AFC (Asian Football Confederation) Elite Youth Scheme, placing it as a full member of the programme.

The recognition is the first of its kind received by the academy that is run by the country's Ministry of Youth and Sports with the support of the Malaysian FA (FAM), perhaps a sign that its founding will not be a failure.

AMD is only one part of Malaysia's push in developing the game in the country, complementing the nationwide youth development programme, the National Football Development Programme (NFDP).

The lack of serious youth development undertaken by professional clubs and state teams had been a matter of concern for over a decade, but according to Stadium Astro, it was then FAM president and Pahang Sultan, the late Sultan Ahmad Shah who mooted the idea of a nationwide youth programme back in 2009. 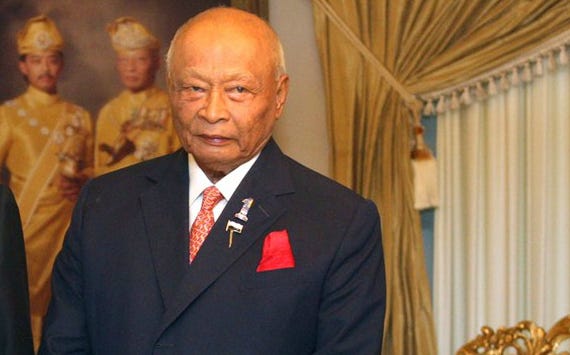 The idea was then expanded on by then Youth and Sports Minister Dato’ Seri Ahmad Shabery Cheek, and by then also included a youth academy that would gather the most promising young talents in the country.

It was then decided that the academy would be situated near the town of Gambang, Pahang, and named after one of the most legendary players the country has ever produced, who shot to prominence in the 1970's and 80's, before passing prematurely in 1991 due to motor neurone disease.

In 2014 the building process began, officiated by then Primer Minister Datuk Seri Najib Razak, and was completed and began operating four years later. Upon completion, it came with ten pitches, gymnasium, swimming and aqua therapy pools, as well as a dormitory, all reportedly at a cost of RM85 million (USD19.5 million), which was footed by the taxpayers. It houses around 375 trainees, the best of the best of NFDP participants from all over the country, with one of the objectives being to mould them into professional players, and to get them a playing contract overseas.

The trainees' academic needs too were not sidelined, as they are within the age range of 13 to 17, the secondary school age in the country. While at first they needed to commute to a school located some distance away, in mid-2019 they began receiving their lessons at the academy itself.

By that time, the Youth and Sports Ministry was helmed by Khairy Jamaluddin, arguably one of the most popular Malaysian sports ministers of the recent decade, who took a special interest in NFDP and AMD. He then appointed former Malaysia international Lim Teong Kim as director of both organisations, due to Teong Kim's experience as youth coach at German giants Bayern Munich. 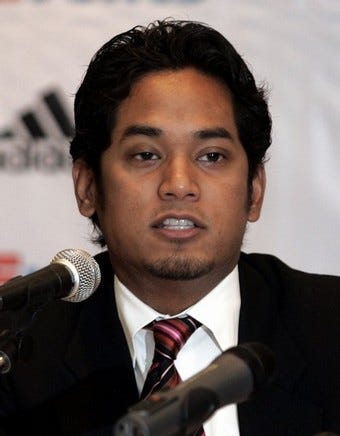 It did not take long for the academy to show signs that it was heading in the right direction.

In 2017, the first batch of the AMD trainees represented Malaysia in that year's AFC U-16 Championship qualifications, and successfully made it to the finals in 2018, that was held in Kuala Lumpur.

Two years later, the same group represented the country in the AFC U-19 Championship qualifications, and successfully qualified for the finals.

From this cohort, the most recognisable name is surely none other than Luqman Hakim Shamsudin, who very recently made Goal's NxGn 2020 global list, and would have joined Belgian top side KV Kortrijk if not for the ongoing Covid-19 pandemic. 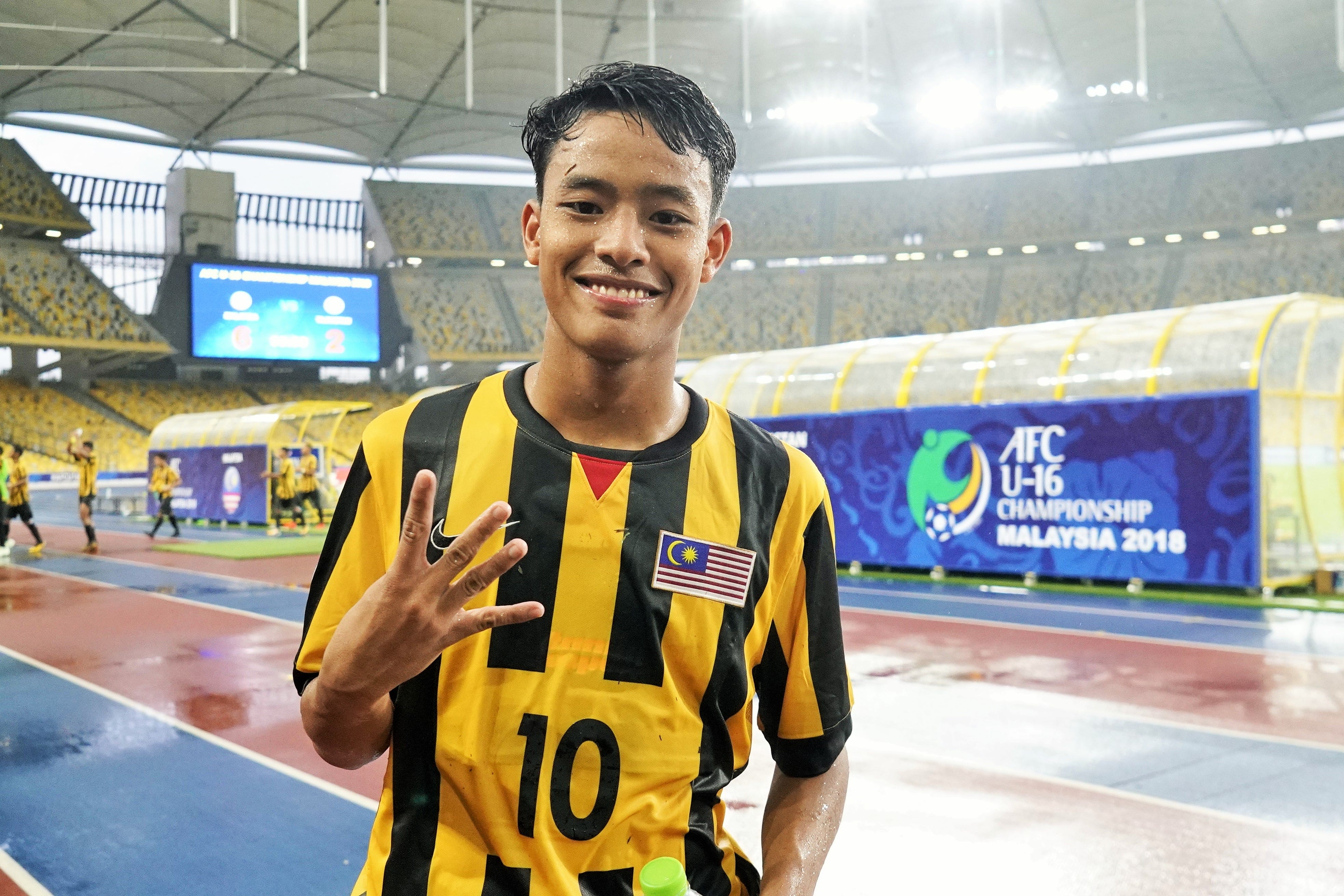 But it has not been perfectly smooth-sailing either. The academy has hit some snags that provided its detractors with ammunition to criticise its existence.

In 2015, the Malay Mail published a scathing report on the poor progress of the academy, which was then bizarrely explained by Khairy as having been caused by the need to renovate its facilities, while they were still in the process of being completed.

In the meantime, under Khairy, the ministry had been locked in a power struggle with FAM over the academy and NFDP since their early days. FAM as the association that administers the sport in the country had all the rubber stamps and wanted a bigger say, but ultimately lacked the financial resources to run the two entities.

Only when Khairy and the federal government coalition he was a member of were ousted in the 2018 general election did the relationship between the ministry and the association thawed, and FAM was allowed a seat at the discussions table.

Meanwhile, other issues cropped up under Khairy's predecessor Syed Saddiq. He pointed out more flaws in the academy's construction process, as well as substandard meals provided to the trainees, issues that were reportedly remedied later.

But the most bizarre episode was surely the saga involving Teong Kim himself. After he was appointed, the trainer adopted a derisive approach towards the media, his detractors and locally-based coaches, rendering him massively unpopular. When he failed to take Malaysia U-16 to the 2019 FIFA U-17 World Cup, it then led to his downfall. His massive salary (reportedly RM175,000 per month) was questioned by Saddiq, and it was not extended upon its expiration. An insider told Goal in 2019 that Teong Kim had also declined to provide scouting reports to a sponsor, as had earlier been agreed upon. NFDP is currently led by former Paris Saint Germain Youth Academy Saad Ichalalène, while AMD is headed by former Twente FC academy director Dennis Bekking. 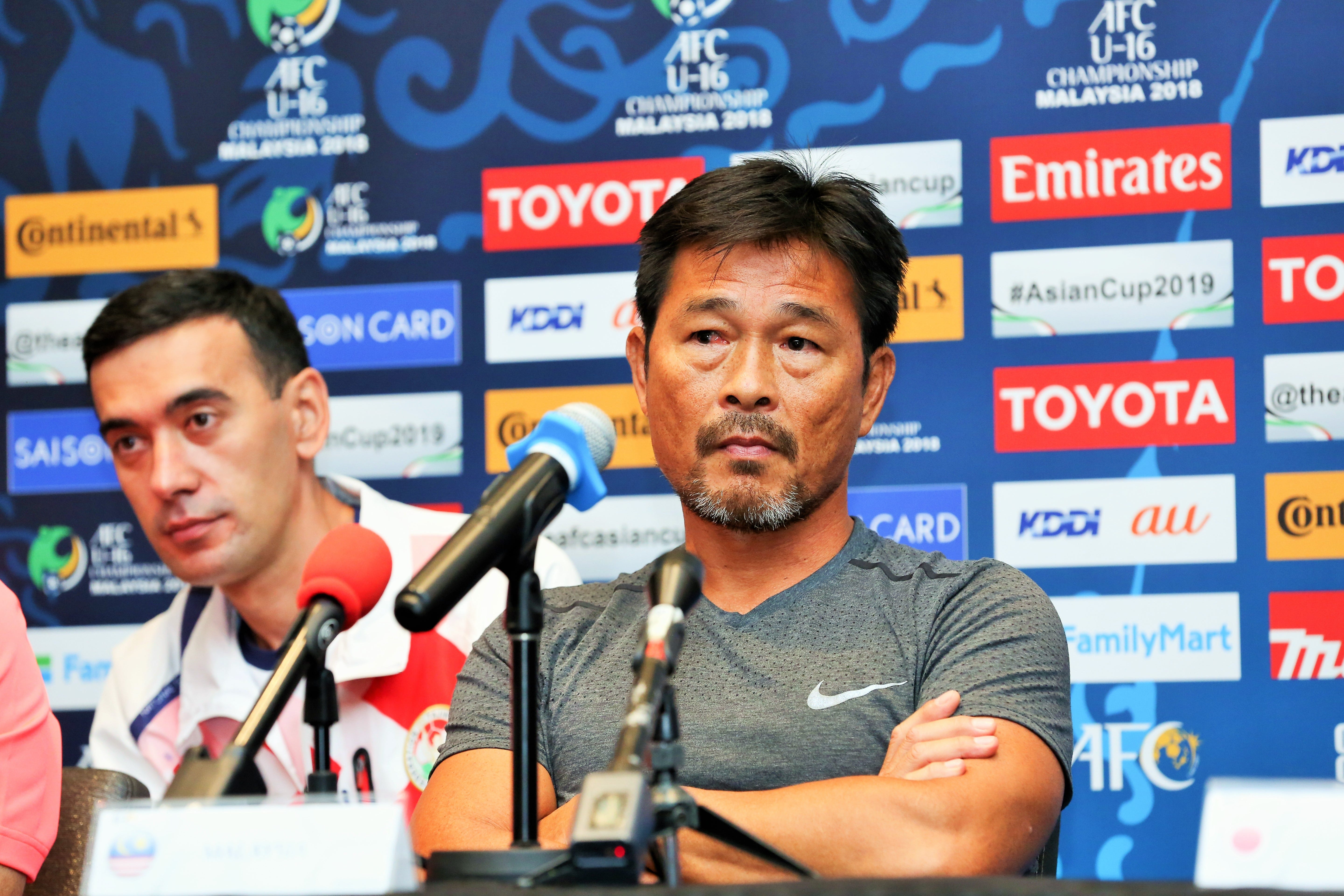 In the meantime, Luqman's cohort, who graduated from the academy at the end of 2019, were snapped up by professional Malaysian clubs ahead of the 2020 season for next to no cost. The most obvious example being Selangor who snapped up 28 of the graduates, including Luqman himself, to their reserve team roster. It seems that Malaysian taxpayers are funding these clubs' development programme. (In the Red Giants' defence, these players are allowed to leave the club for a foreign side if an offer arrives in the first year of their contract). Such a glaring loophole will only encourage the clubs to continue neglecting their youth development responsibilities, even if the academy and NFDP can afford to let their graduates join professional clubs for free.

But such is Malaysian football, where any development that takes place will usually occur on a 'one step forward, two steps back' basis.

In Mokhtar Dahari Academy's case, their recent rating by the AFC proves that they have indeed taken progressed instead, and it is hoped that the powers that be will continue working together for the sake of the oft-neglected field of youth development in the country. They now have two stars, and within a few years they should be gunning for the maximum three-star rating, which is only granted to academies that produce professional players regularly.