Unless you have been through it yourself, it is hard to truly understand the push and pull that comes with being a dual-national player at international level.

The decision-making process, according to those that have been through it, is excruciating. It is something similar to two halves of your whole identity dueling inside you, as friends, family, the media and fans wait for you to choose between one side of yourself or the other.

Just this week, Bayern Munich teenager Jamal Musiala made the final call on his future, revealing that he would play for Germany, the country of his birth, rather than England, despite having represented the Three Lions throughout his youth career.

On the other side of the Atlantic, Efrain Alvarez is the latest young star to be forced into one of international soccer's toughest choices, with the Mexican-American finding himself in the middle of a tug-of-war between the U.S. men's national team and El Tri, two of the sport's fiercest rivals.

Alvarez is not the first, nor will he be the last to find himself in this position as the U.S. and Mexico regularly duel for some of North America's brightest young talents. But the LA Galaxy starlet is, for better or worse, now in the spotlight as he faces a decision that will ultimately define his career going forward.

Thirteen years ago, Jose Francisco Torres faced a similar decision. He had broken out at Pachuca, putting him on the radar of both Mexico and the USMNT. Both sides came calling and both sides pushed for his allegiance, leaving Torres torn between two halves of himself.

Ultimately, he made his choice, joining up with the USMNT and eventually playing his way onto a World Cup roster. 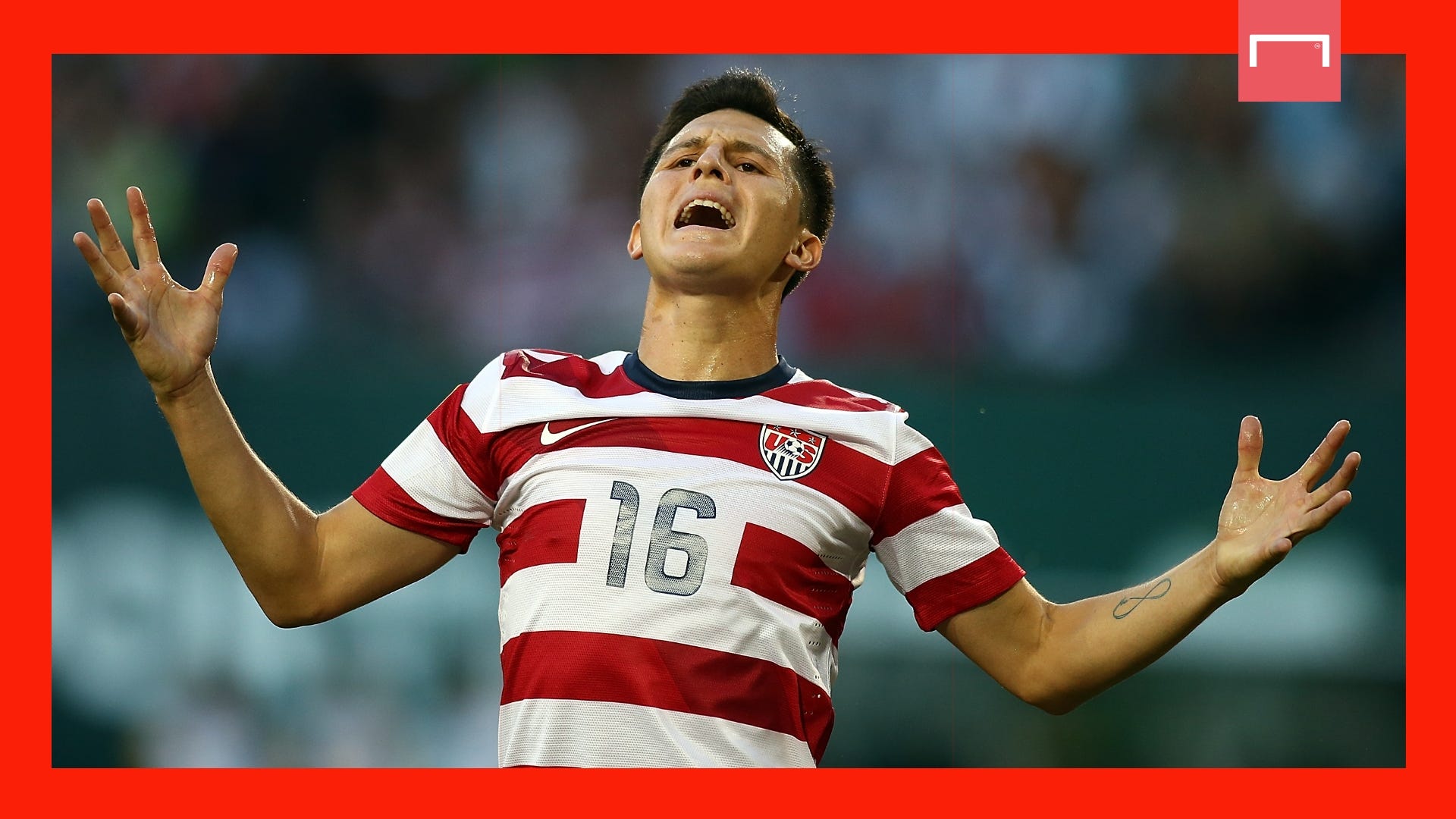 But the process of making that choice is full of questions, both internal and external, that make a player contemplate who they are and what they can be.

"They're the guys that are going to get hell, on and off the field," Torres tells Goal. "Those people are going to be questioning you, but it's your choice. You're the one playing, and I think you should follow up on your choices.

"My advice is to follow your heart and follow wherever you want to go. The hell with whatever other people have to say because people are always going to say something to you, if it's good, if it's bad or whatever. Everybody has an opinion on your life, but you just take what's good and make the negative comments make you stronger.

Unfortunately, no matter what happens with Alvarez, that negative side will likely show its face. One country will 'win' while the other will, inevitably, be forced to look on as a talented player permanently joins up with their rival.

It is a lot to handle for an 18-year-old who is still just getting started as a professional. On one hand, there is the U.S., the Los Angeles-raised midfielder's country of birth. On the other is Mexico, his parents' homeland and the program he has represented most recently at youth level.

Despite that recent experience with El Tri, Alvarez was called into the USMNT camp towards the end of 2020, offering him a taste of what it would be like to play for Gregg Berhalter's side. Doing so would require a one-time switch, one that would end his allegiance to Mexico for good.

Further complicating Alvarez's situation is the upcoming Olympics, a tournament that could hasten the decision.

The midfielder was named to the preliminary roster for both the U.S. and Mexico, further pushing his choice into the limelight. Both sides clearly think they have a chance at landing him and see him as a potential key figure for Tokyo this summer.

“We want to afford him the opportunity to be a part of our national team program going forward," said U.S. Under-23s boss Jason Kreis, who will lead the U.S. into their qualifying campaign in March.

"We want to let him know that, but then we need to step back and say, 'this is a very personal decision for somebody, and so we don't mean to put any undue pressure on you. We just want to let you know how highly we regard you, how highly we think your potential could be in our program'. 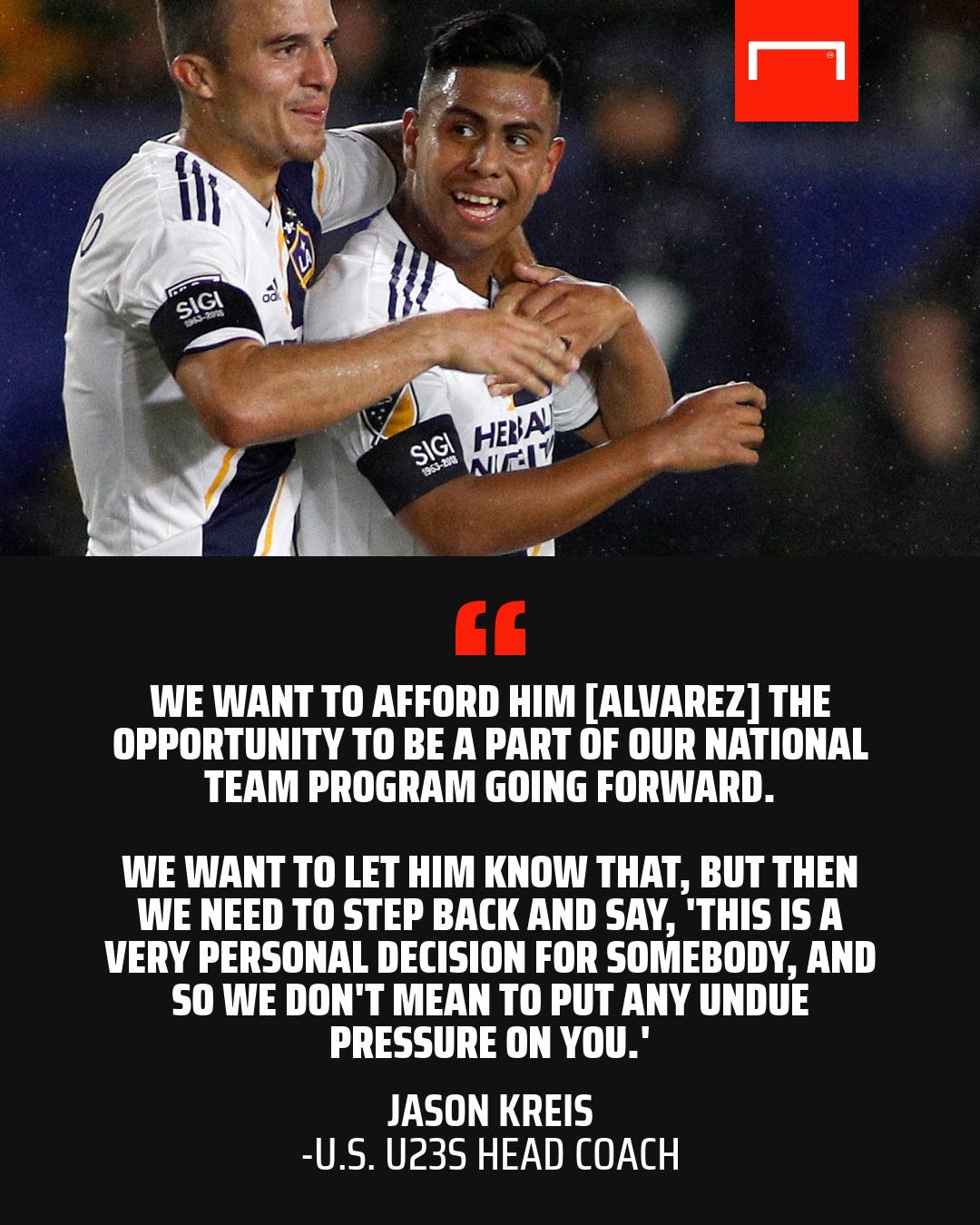 "So the decision is left to Efra, but there will be no pressure put on him from the U.S. men’s national team perspective.”

In this scenario, Alvarez is left with three possible choices. He could represent the U.S., joining up with the U23s for qualifiers. He could continue on for Mexico, pushing on with the team towards a potential senior debut down the road. Or he could simply postpone it all until he is ready to full commit.

A famous quote from psychologist  William James says that "making no decision is, in itself, a decision", and that is exactly what Torres did when first faced with his own choice.

In 2008, the then-Pachuca forward was approached by U.S. Soccer to join the team for the Olympics. He decided to pass, giving himself more time to decide on a potential future with Mexico.

To date, it is the only career move that Torres looks back on with remorse.

"Man, the only thing I regret is not going to the Olympics," he says. "I think that would have been so nice: going to Olympics, having that experience.

"But I think God was like, 'I have other plans for you, you maybe turned down this one but this one came out better'. I turned down the Olympics, but then the World Cup came along, though that's the one thing I regret."

Alvarez is not the only one facing a similar decision in the coming months.

His LA Galaxy team-mate, Julian Araujo, was quizzed repeatedly over his international future in December as he swatted away questions about his choice between Mexico and the USMNT.

Valencia hotshot Yunus Musah, meanwhile, faces a choice between the U.S. and England, with Gareth Southgate now taking a much closer look at the young midfielder. Wolves' Owen Otasowie could also represent the Three Lions or Nigeria while midfielder Andres Perea only just recently opted to forego the chance to continue on with Colombia after featuring for them at youth level. 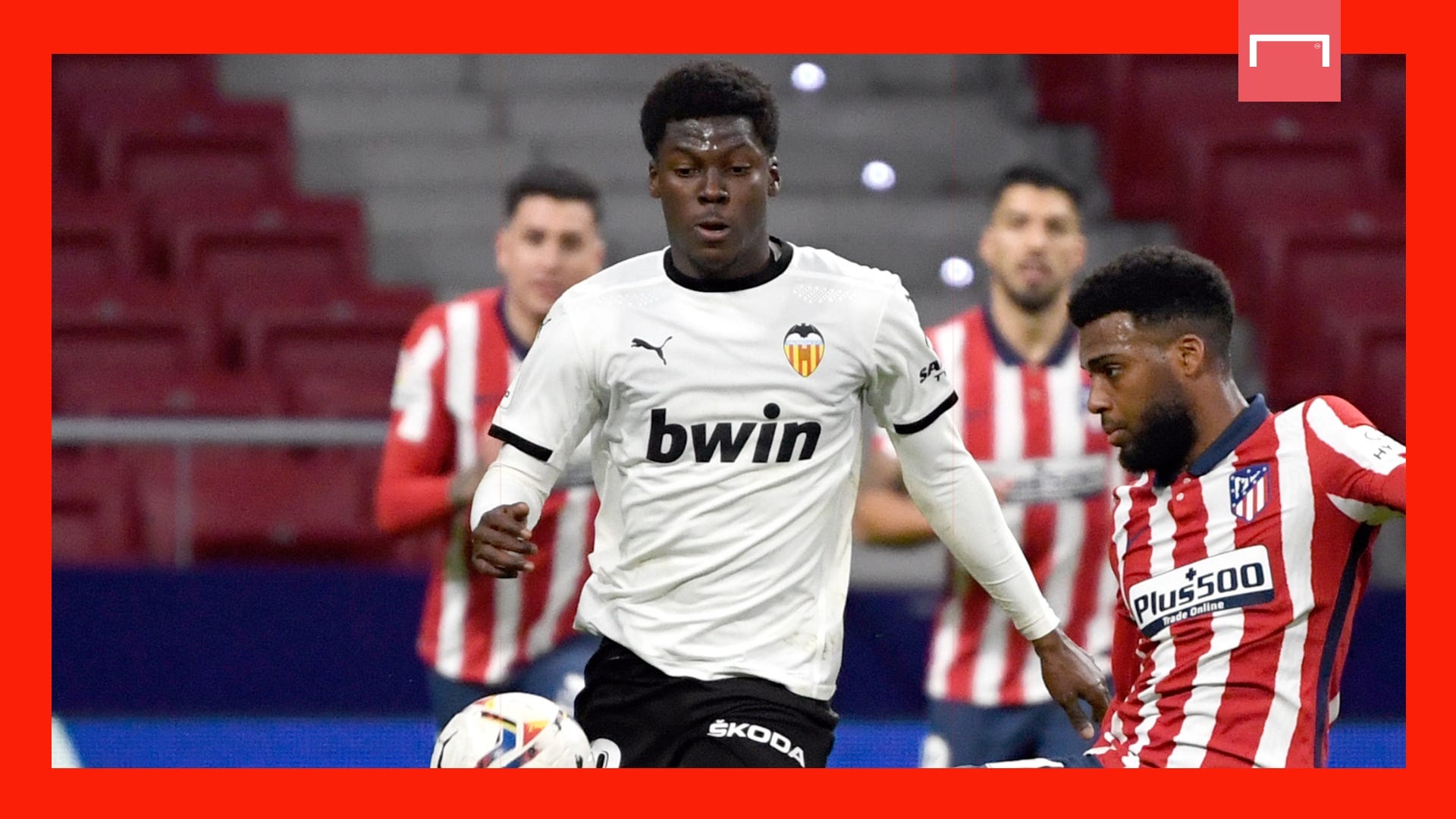 It is that time of the World Cup cycle. Qualifiers are just around the corner, as are the Nations League and the Gold Cup. Playing in any of those competitions would cap-tie a player, officially committing them to the national team of their choosing.

Torres' big moment, his international debut, came in 2008 against Cuba. One year later, he was at the Confederations Cup, in the squad for the USMNT's famous win over Spain. Within another two years, he was in South Africa at the World Cup.

The decision, ultimately, defined his path, and that path brought him to the pinnacle of international soccer.

"It was a dream come true. I couldn't believe it," he says. "I was watching these guys, growing up. DeMarcus Beasley, Landon Donovan, Eddie Johnson, Clint Dempsey, Tim Howard... And then the next thing you know you're playing with them in games and then you're at the World Cup with them.

"All the hard work, all the sacrifice you've made in life, all of that sacrifice came to something good, you know?"

There is no guarantee that Alvarez, Araujo, Musah, Otasowie or Perea will see their own choices end in glory. Much can change in the 21 months before the World Cup kicks off in Qatar, and there are no guarantees in this game.

Torres is now over a decade removed from his national team selection. He is set to play for the Colorado Springs Switchbacks this season, marking his first chance to play club soccer in the U.S. after spending the entirety of his career so far in Mexico.

His hope is to play on for a few more years and end his career with one last shot at a championship to show to his three-year-old son, who has already fallen in love with the game. And maybe, just maybe, his son will face a decision of his own someday.

In the more immediate future, both the U.S. and Mexico are now set to duel for Alvarez, another in the long line of Mexican-Americans forced to choose between two halves of the same whole.

"It's your choice. Play wherever you want to," says Torres. "If you want to play with the Mexican national team, okay, go ahead.

"I'm always going to be honest because it's just a game and you've got to enjoy while you can, because you never know when you're not going to be able to play again."