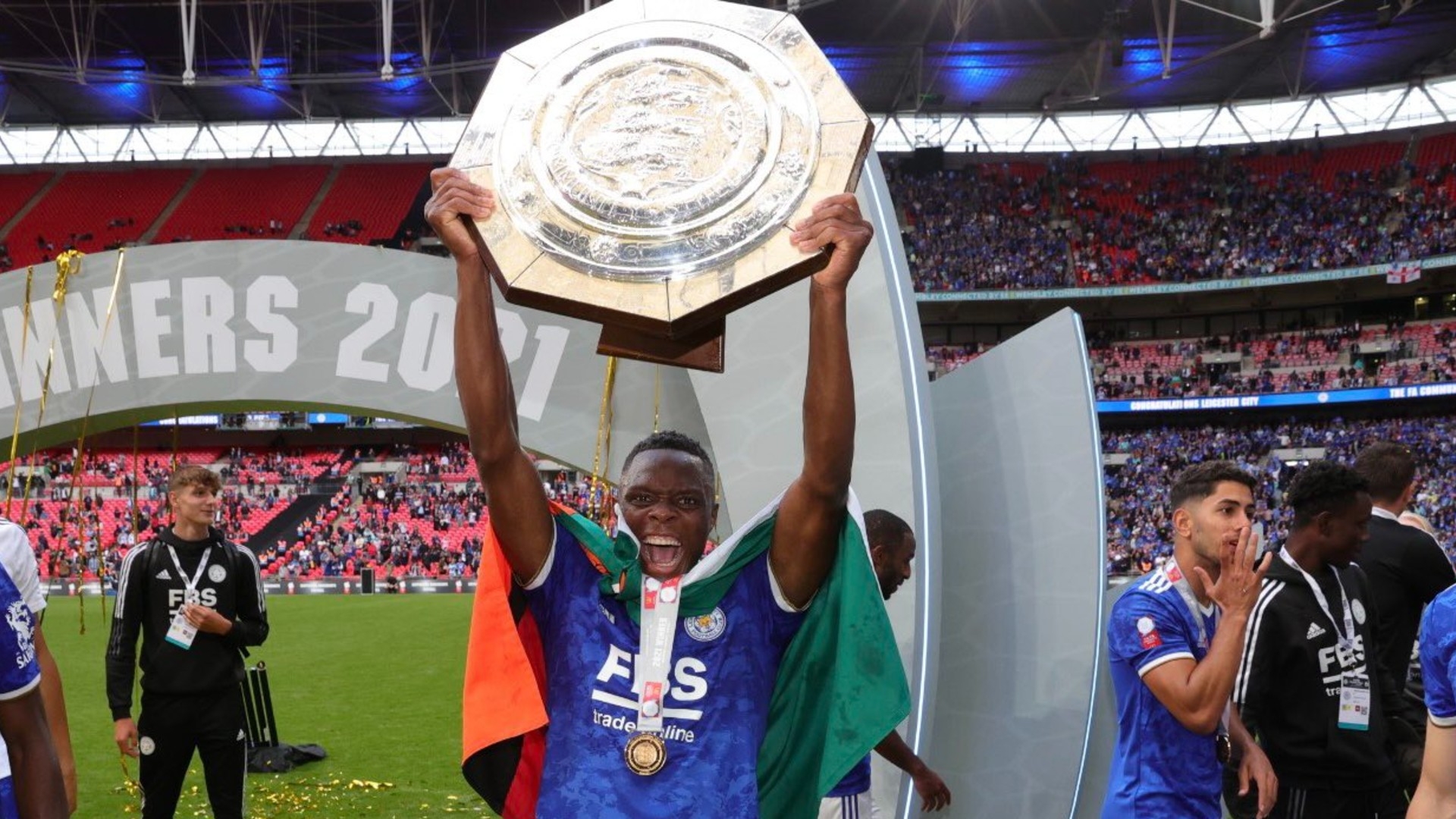 Leicester City manager Brendan Rodgers has expressed his delight at new signing Patson Daka after he helped the team beat Manchester City 1-0 to lift the FA Community Shield on Saturday.

The 22-year-old Zambian international came on the pitch at Wembley for the last 20 minutes of the game, replacing Jamie Vardy, and he immediately started combining well with Nigerian striker Kelechi Iheanacho, who scored from the penalty spot to hand the Foxes the win.

His lightning speed was too much for City defenders Ruben Dias and Nathan Ake to handle and he almost scored after racing onto the rebound to power the ball at goal before the referee pointed to the penalty spot.

His display against City and that of another new signing Boubakary Soumare, who joined from Ligue 1 champions Lille, has left Rodgers chomping at the bit.

“He’s very good on the ball, but he’s physically good as well. Patson [Daka] never gives defenders a rest. He’s always threatening in behind. He wants to run, he wants to move, and he really contributed well.”

The performance of Daka did not only impress Rodgers but also Zambia President Edgar Lungu, who took to his social media pages, to praise the player and termed his celebration with the country’s flag at the final whistle as “a true show of patriotism.”

“Happy to see our own Patson [Daka]’s club, Leicester City, beat Manchester City to win the FA Community Shield,” Lungu wrote. “Most of all, our flag adorning your shoulders as you celebrated your team's victory was a true show of patriotism.

“Congratulations Patson and keep it up.”

On his part, Daka has celebrated winning a trophy with Leicester in the first competitive match.

Wow, I could not have asked for a better way to start the season. 2021 Community Shield winners. 🙏🏽🏅
Thank you to all the fans & my team mates who pushed us to the final whistle. @LCFC👏🏽🔵🦊#MakeJesusYourAim pic.twitter.com/WTjosxJcjk

“Wow, I could not have asked for a better way to start the season by winning 2021 Community Shield,” Daka wrote on his social media pages.

“Thank you to all the fans & my teammates who pushed us to the final whistle.”

Daka will hope to keep his place in the team when they start their Premier League campaign with a home game against Wolverhampton Wanderers on August 14.