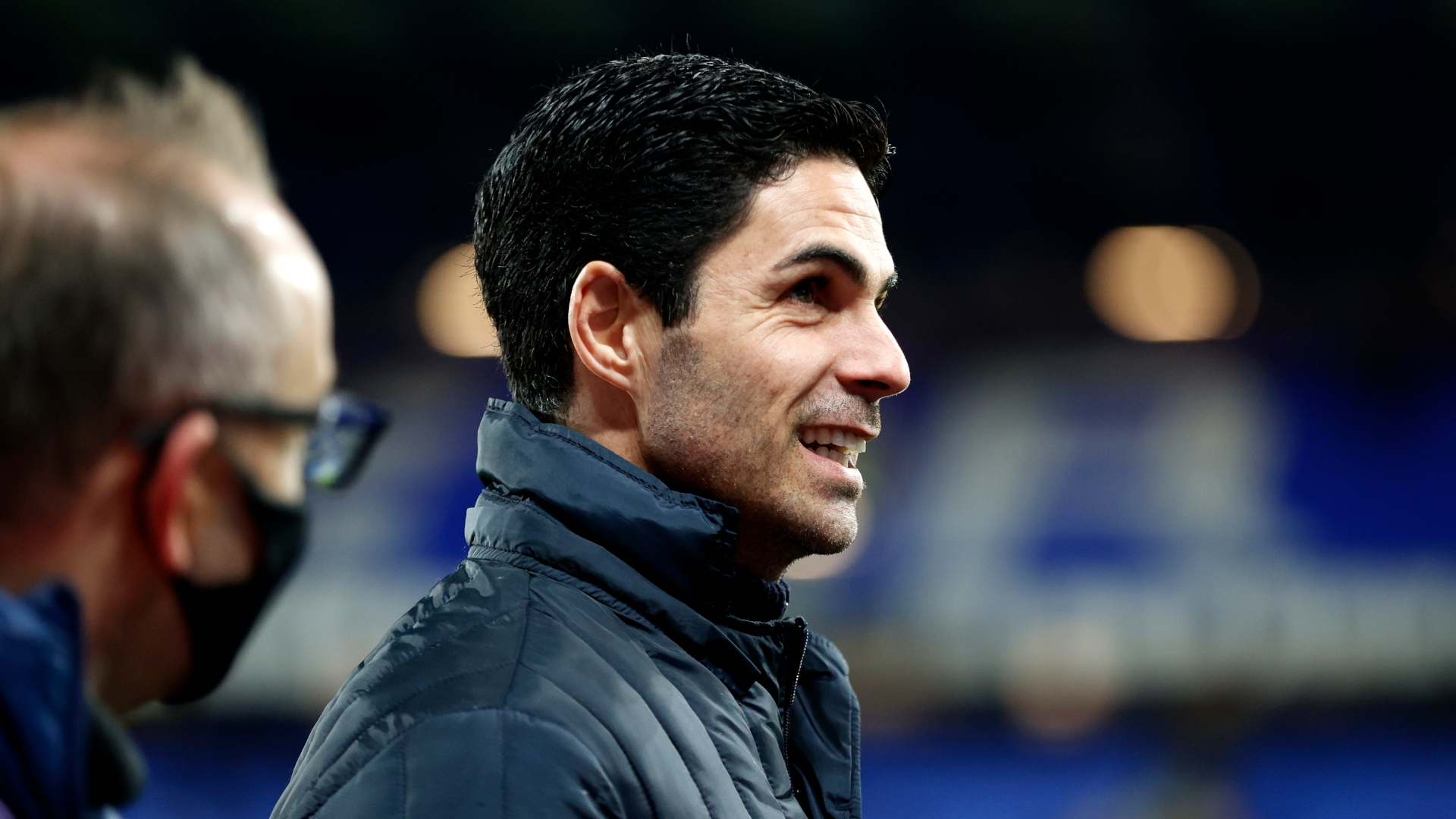 Mikel Arteta says Arsenal’s narrow win over Brighton on Tuesday was “massively important”, with the Gunners’ season taking on a different complexion after another three points.

Following the 3-1 win over Chelsea on Boxing Day, Arsenal have now won back-to-back games for the first time since the opening two games of the season.

Alexandre Lacazette’s excellent finish after Bukayo Saka’s surging run down the right proved the only goal as Arteta’s side came out on the right side of a tight game.

The win took Arsenal up to 13th in the Premier League, nine points clear of the relegation zone and with the top half within touching distance.

"We know we've been struggling with results,” Arteta told Amazon Prime. “The fact we won against Chelsea was a big boost. To come here and get another win was massively important.

"I'm proud for the boys and happy for the result. Lacazette is in a good moment. He's full of confidence. We wanted to change the team in the second half and give it some freshness.

"We weren't threatening in certain areas. In the second half we looked much more confident and we were playing more forward.

"The best medicine is wins. It's a different world and a different story. The picture looks much better."

With 2020 drawing to a close, Arteta is reflecting on a tumultuous first full calendar year in charge at the Emirates Stadium.

His early successes and FA Cup win are distant memories now but, going into the new year, the Spaniard is hopeful of more positive times ahead.

"For any manager it's [been] hard enough considering the context - it's been quite a challenge. I've suffered in some moments but I have great people around me."

While Arsenal moved away from the bottom three, Brighton’s defeat left the Seagulls just two points clear of the drop zone.

"If you don't score and they do, then that's how it is,” manager Graham Potter said.

"Our work-rate was really, really good. We fell short and didn't come away with anything. We're suffering at the moment. The level we're playing at, the opposition have qualities themselves and can score from one chance.

"We feel like we've consistently performed well. We've been in the games. In this league you do suffer, but you have to stick together.

"There are no easy games in this league. Nothing changes from our perspective. Every game is a fight."