Cambodia manager Keisuke Honda, who is still playing club football with Melbourne Victory, has reportedly been playing well in the A-League.

Fans expecting to see Japanese star Keisuke Honda on the Cambodia bench again when they open their 2018 AFF Championship campaign, against Malaysia, will be disappointed to know that he will not be in Phnom Penh on Thursday.

The Angkor Warriors manager, who at the same time is still playing club football for Melbourne Victory in the A-League, has been playing an instrumental role for the club, and is expected to line-up for Victory next weekend.

In addition to this, the Japanese does not have the necessary coaching badges required to lead a national team as its head coach.

Instead, Argentinian head coach Félix González will lead Cambodia when they face Malaysia.

Only last September, Honda led Cambodia against Malaysia in a friendly match at the Cambodian Olympic Stadium, their first game since the pair's appointment. The match ended in a 3-1 win to the Harimau Malaya. 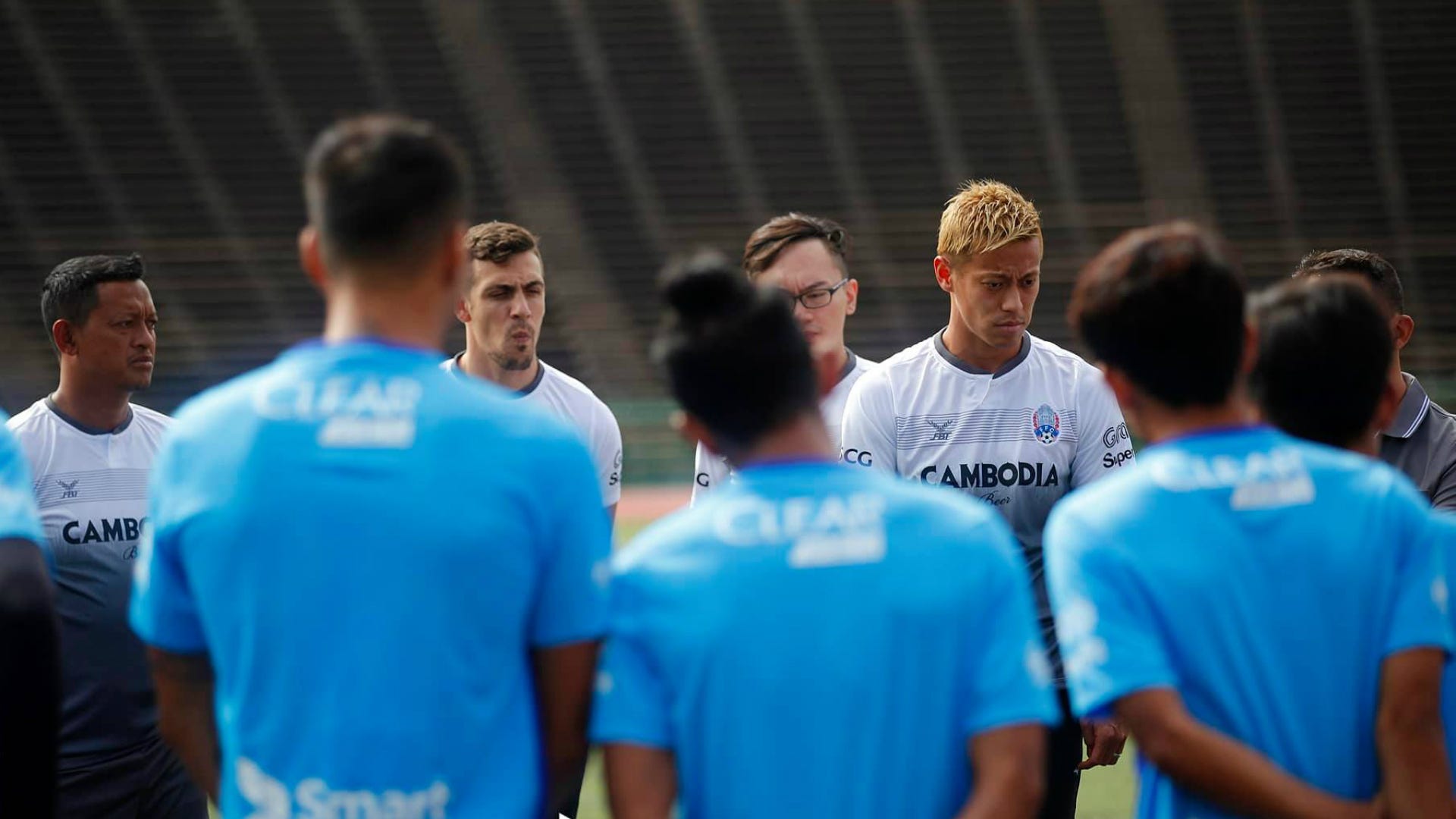 Honda leading Cambodia in training a few months ago. Photo from @camfootball1933

"No, he won't be here for this particular game. But he's still communicating with us, he still joins our meetings and knows what's going on. It's different not having him for sure, but I don't think it will affect our chances.

"Hopefully he'll get to join us in the later games in the group stage," he said.

Commenting on his charges, González remarked that there have been improvements since they last played Malaysia; whom he described as one of the title favourites.

"We're happy to be here, we've worked very hard in the past month. It's going to be an exciting match, and I hope that the home crowd keep supporting us.

"...It (the September friendly) was a good match, in only our first week in charge. We've learnt a lot from it since then," said the Argentine.

The Cambodia-Malaysia match will be held at the Cambodian Olympic Stadium, with kick-off time at 7.30 pm Malaysian time.

Keep updated on the 2018 AFF Championship!