The 23-year-old is looking at the loan stint at Nakhon Ratchasima as a chance to better himself as a player and to open up new doors.

It was slightly over nine months ago that Shahrel Fikri’s name came to prominence nationwide when he was called up for the first time to the Malaysia national team, then under the guidance of Eduardo Vingada.

In just these short nine months, Shahrel has gone on to help PKNP to a third place finish in the Premier League, won the top scorer award at the 2017 National Football Awards and played in the 2018 Super League.

The whirlwind isn’t stopping yet for the forward and after scoring nine goals in all competitions this season, has earned himself a big move to the north of the Malaysian border. After the exploits of Francisco Insa and Curran Ferns in Thai League 1, Shahrel will be the next Malaysian to play in the league.

“I’m excited because there are teams who are interested in my services despite me playing in a small club in the Malaysian league,” Shahrel told Goal. “I couldn’t believe when I was told that they wanted me. It’s a very proud moment for me to get this chance.”

“The preparation is hard to say because even in Malaysia, I haven’t gone out. I’ve only stayed in Perak. It’s a big weird also that my first move out is not to another state in Malaysia but to a different country altogether. Maybe I will need some time to adapt to their culture and what is there.”

The deal is not a permanent one and is only a loan move until the end of the current league season in Thailand. Nakhon Ratchasima Mazda Football Club who are also known as Korat in some quarters are a team in the Thai top tier that are based north of Bangkok. 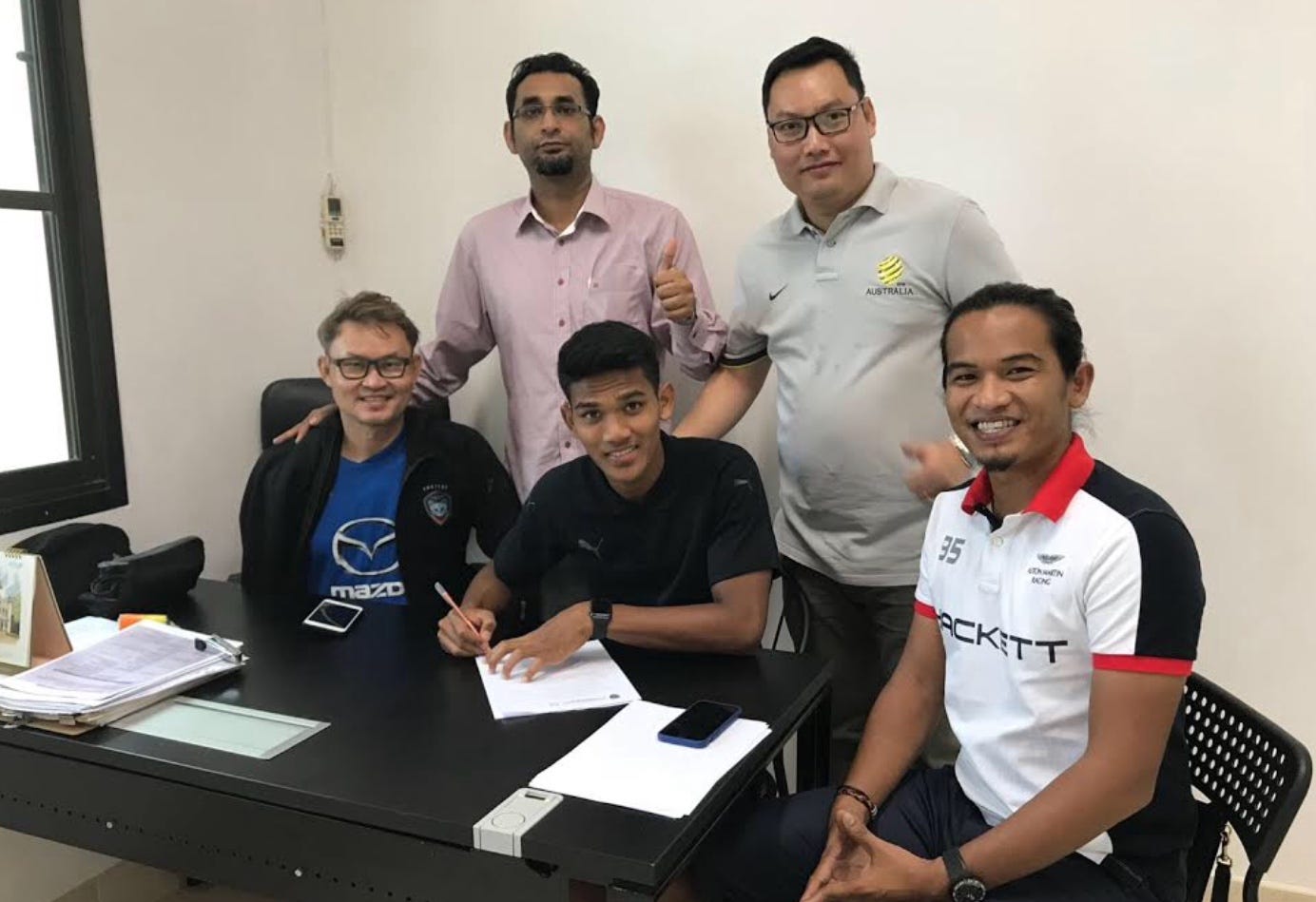 The Swat Cats calls the 80th Birthday Stadium their home and are in only their second season in the top flight, having got promoted after the end of the 2016 season. Currently sitting in 10th place after 20 matches played, Nakhon are guided by Serbian Milos Joksic.

For Shahrel this move is not one that he wants to look back on as a one-off but rather one that will define his career, or rather as a move that will be the springboard to better and bigger things for the Manning-born player.

“People always tell me to look forward, not backwards. So when I get this chance to get out to play, hopefully I don’t get to come back to Malaysian league. This is what I want to achieve in my career and I’ll be working my hardest to ensure a longer stay than these few months.

“Who knows I can catch the eye of other teams in Thailand and improve my value and quality as a player. I’m looking at this as a new start.

“That my time with the new club will give me more attention in the eyes of the national team and Tan Cheng Hoe in particular. Before this it’s not that I haven’t been given the chance but he wanted me to learn more. Breaking into the first eleven for my country is what I’m aiming for.”

Yet having spent almost his entire career up to this point playing for Abu Bakar Fadzim in various under-age teams to PKNP, saying goodbye isn’t an easy thing.  Shahrel will still keep one eye on domestic matters and proclaims his wishes for his team to finish the job in the FA Cup against Pahang.

“Before I came here, I’ve already met up with all my team mates that without me, the matches will still go on. Without me, it actually opens up a space for other players to stake a claim. I’m really hopeful that PKNP can reach the FA Cup final and that they can remain in the Super League next season,” added Shahrel.

The most important thing now for Shahrel is to work hard and impress Joksic to give him playing time on the pitch. With the 2018 AFF Suzuki Cup around the corner, who knows Shahrel might even bring back some valuable information back from his time in Thailand.