NXGN Revisited: Will Bayern wonderkid Arp ever live up to his teenage hype? 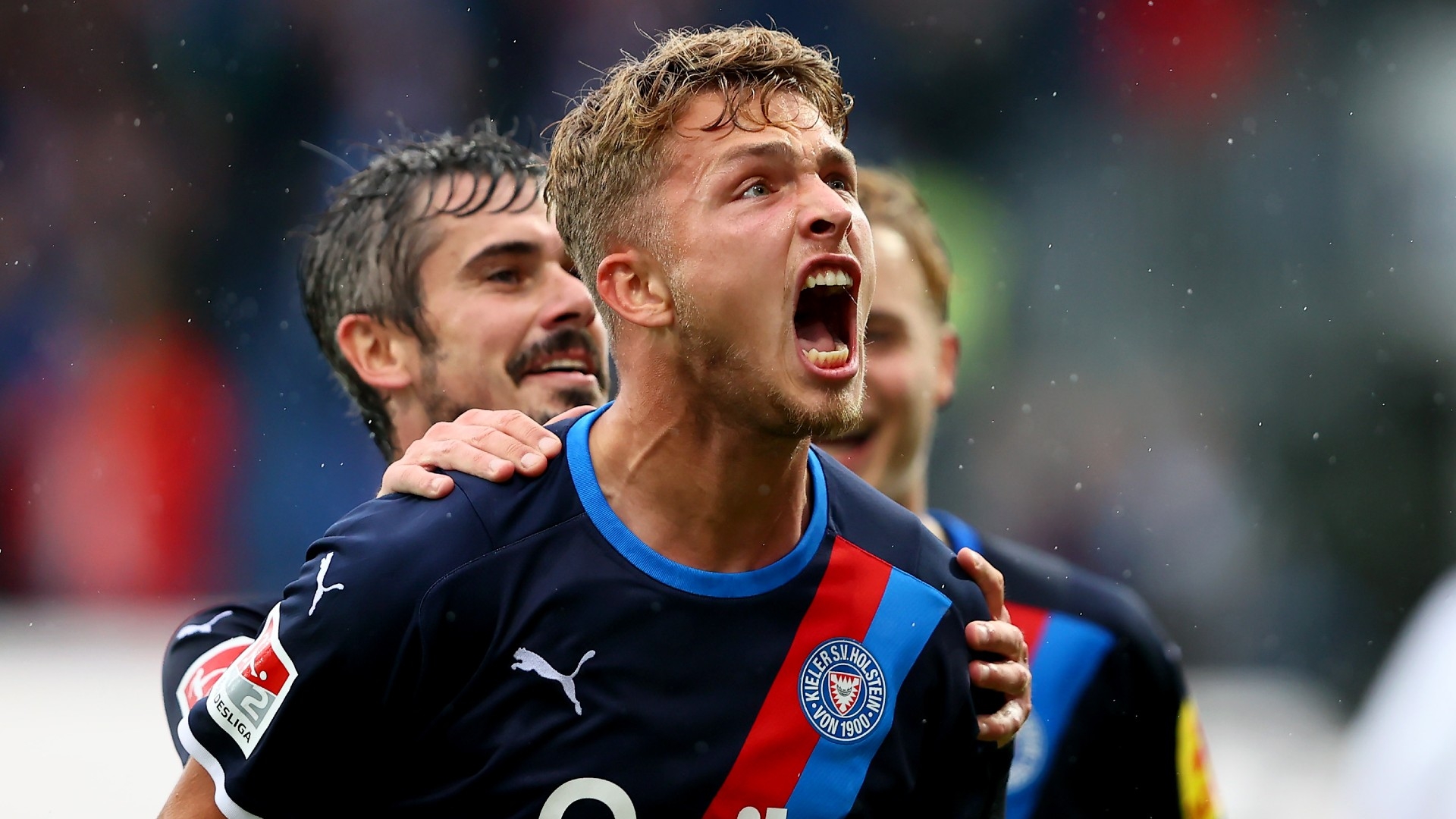 Likened to Harry Kane in his style of play, the ex-Hamburg star has struggled with making the step up to play for one of Europe's biggest clubs

Asked about Fiete Arp's attitude in training at Bayern Munich, Danny Schwarz, coach and loan player co-ordinator for the Bundesliga champions, has nothing but praise for the young striker.

"He is a very kind and polite person, on and off the pitch," he says, speaking exclusively to Goal . "He always trains with enthusiasm and wants to improve his performance. He also takes part in additional training after the session."

So, a bad attitude cannot be blamed for Arp's struggles at Bayern.

Instead, injuries, lack of opportunities, poor fortune and over-promotion have all played a significant part.

Arp was touted for the very top of German football for a long time. He was twice named to  Goal's  annual  NXGN  list of the world's top teenage footballers, placing 26th in   2019.

We said at the time : "Jann-Fiete Arp has all the attributes of a classic No.9, but, as you would expect of the first player born in 2000 to net in the Bundesliga, the 19-year-old also possesses the mobility required of a modern forward.

"Hardly surprising, then, that the Hamburg striker, who has scored freely for Germany at under-age level, has already been snapped up by Bayern Munich."

Born on January 6, 2000, Arp joined his first junior club aged four, before moving to Hamburg's academy at 10. He hammered in goals at every level for the youth team and, in 2017, won the prestigious Fritz Walter Medal for Under-17s – the award given annually to the best youth players in Germany, which is named after the country's 1954 World Cup-winning captain.

He became the first player born in the 2000s to play in the Bundesliga, after netting nine goals in only seven matches for Hamburg U19s and finishing as top scorer at the 2017 U17 World Cup.

Unsurprisingly, he soon became the first man born in the new millennium to score in the German top flight, too, netting against Hertha Berlin in October 2017, having turned down a move to Chelsea the previous summer.

In the reverse fixture, Fiete Arp became the first player born after 2000 to score in the #Bundesliga 🌟 #HSVBSC pic.twitter.com/ntxR0ghGK7

He told the Bundesliga website of that goal : "It was an explosion for me. The goal was a release. You could see that in the stands and in the team, the moment was unbeatable. It was the most awesome moment of my career."

At his best, the tall, strong and rangy Arp has shades of Harry Kane in his game – good in the air, alert in the box, and able to ping a shot into the top corner from 20 yards if needed. He relishes playing with his back to goal and battling defenders, while being quick and skilful with the ball at his feet.

As with most of Germany's best young players, Bayern came knocking and, in February 2019, it was announced that Arp would be moving to Munich at the end of the season.

Included in the first team squad for 2019-20, he played regularly in pre-season, both out wide and down the middle, so big things were expected.

However, he is yet to make a single Bundesliga appearance for Bayern, and is currently on loan with second-tier Holstein Kiel.

Too much, too soon? As Schwarz says, it was too good an opportunity for the young Arp to turn down.

He says: "When FC Bayern is calling, each player wants to be part of one of the best clubs in the world, no matter how old he is. It's an honour and a dream to play, train and compete with world-class team-mates.

"Of course, you have to perform and also stay healthy. Unfortunately, he was injured a few times during the first year."

Indeed, Arp was out for 90 days in total with various injuries and illnesses. By the time he was in a fit state to return, the man in charge when he was brought to Bayern, Niko Kovac, had departed, with Hansi Flick tasked with turning the club around after a poor start to the season.

This he did, with Arp excluded and playing only for the reserves in the third tier. Schwarz, though, remains confident Arp can come good – whether at Bayern or at another top level side.

"It's very important to play regularly on a high level. The right move is to be lent to another club in the second division. There you have to get experience, improve your playing and show your skills."

Now 21, Arp has suffered constant blows to his confidence through injuries, lack of game time, and the mental toll of being regarded by fans and media alike as a huge failure at a giant club.

Playing regularly at a good club at a decent level in 2.Bundesliga will do him the world of good.