Former Red Devils striker Andy Cole admits the Belgian looked "low on confidence" under a former boss, with there a need for him to get back to basics

Romelu Lukaku lost confidence under Jose Mourinho, says Andy Cole, but the Manchester United striker has been told how to get his “mojo” back.

The Belgium international was a firm favourite of Portuguese coach who invested £75 million ($96m) in luring him away from Everton.

Mourinho was reluctant to rest Lukaku whenever he was available, with there a feeling that he was the best option to lead the line for the Red Devils.

The 25-year-old endured the odd dip in form, though, and had netted just six times this season prior to a managerial change being made at Old Trafford.

He has now been taken out of the firing line under Ole Gunnar Solskjaer and Cole has urged a proven performer to get back to basics.

"He has come off the bench and scored two in two, but that mojo comes from confidence.

"I watched him this season under Jose and I could tell, as a former centre-forward myself, that he was low on confidence. The first thing which starts to go is your movement. Romelu wasn't moving.

"You stop making the runs because you stop believing in yourself.

"I've been in that position and I'd watch him making hand gestures about where he wanted the ball to go, but psychologically you don't really want the ball. It's all about confidence and when his returns he'll start scoring."

Cole added on the pressure Lukaku finds himself under at one of the world’s biggest clubs: "Rom is a young man who is still improving.

"If you look at his goals at Everton, he used strength, power and pace to run behind people.

"If he came to me for advice, I'd say to him, 'If getting the ball into your feet isn't your biggest strength, use your pace. Use it, even if you are coming short to receive the ball. You can play one touch and then move again instead of trying to get hold of the ball and fight your touch.' He'll be OK." 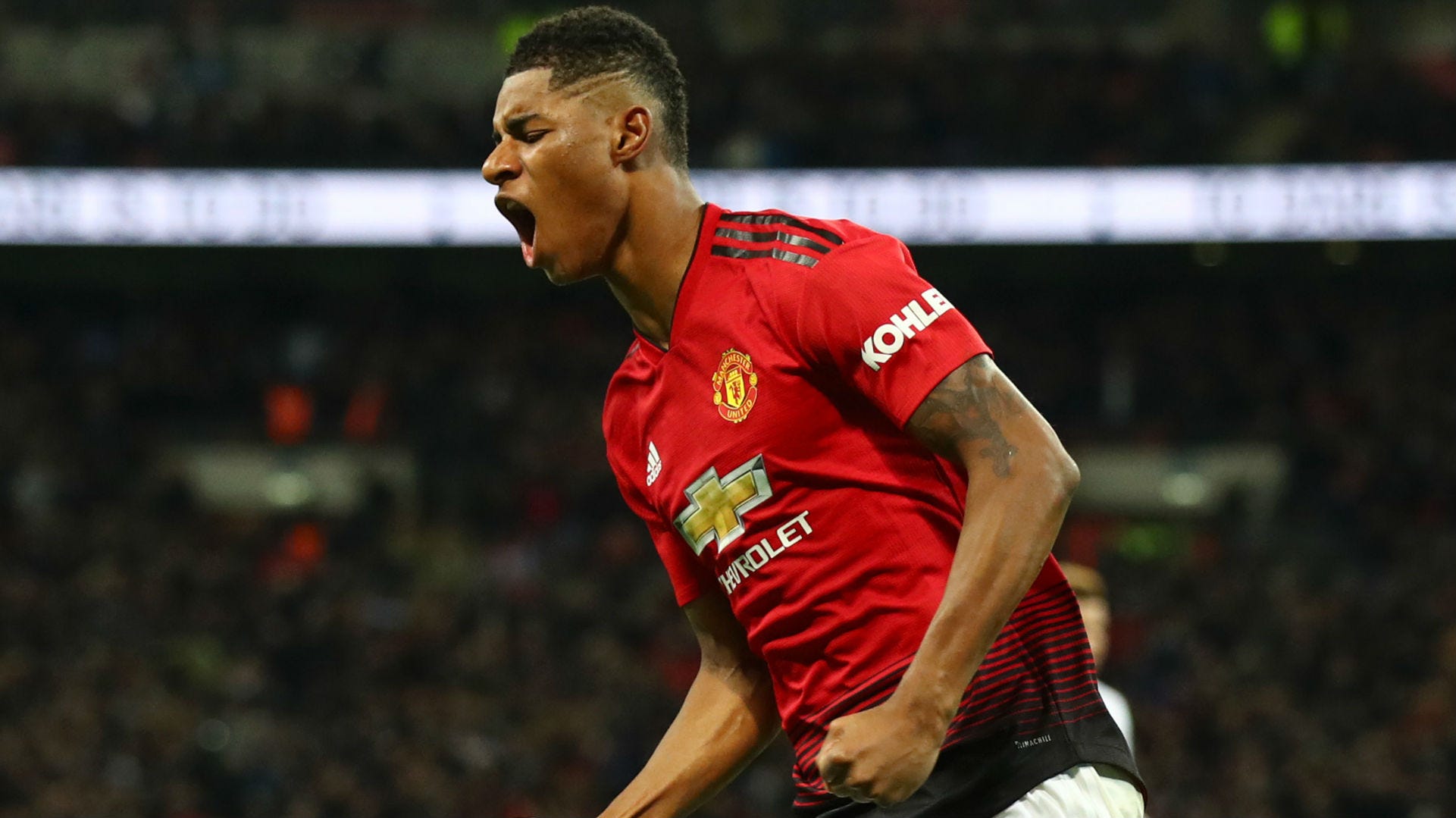 Lukaku is yet to start a Premier League game for United since Solskjaer was handed the reins on an interim basis last month.

A central striking berth has instead been awarded to Marcus Rashford, who has responded to that show of faith in a favoured role by delivering four goals – including a priceless match-winner last time out against Tottenham.

Cole said of the England international: "Marcus is doing well and he has got to keep working on the things that got him into the team in the first place.

"He kept wanting the ball to his feet, but when he first got into the team it was because he used his blistering pace to get behind defenders.

"Centre-forwards now want the ball to their feet, but Marcus should mix his game up: Get the ball short but also spin in behind into the space behind defenders."

United, with either Lukaku or Rashford leading the way, return to action and an ongoing battle to try and secure a top-four finish at home to Brighton on Saturday.