Last weekend, the Bundesliga was marred by protests against the German billionaire, who fans believe is an example of commercialisation in football

Protests in the Bundesliga are nothing new, with fans regularly fighting "against modern football", voicing their opinions through banners, song and other means.

However, recent protests against Hoffenheim owner Dietmar Hopp have seen matches interrupted and delayed, while a game between Hoffenheim and Bayern Munich descended into farce as the three-step protocol used for incidents of racism and discrimination was rolled out to protect Hopp from further embarrassment inside his side's own stadium.

Hopp has been involved in German football for decades, so why are these protests starting to become so widespread and so serious now?

Who is Dietmar Hopp?

Dietmar Hopp is best known to football fans as the owner of Bundesliga club Hoffenheim. A former youth player at his local club, the entrepreneur co-founded software company SAP in 1972 and now has a net worth of $15.9 billion (£12.4bn), according to Forbes. He is one of Germany's richest people but retired from SAP in the mid-2000s to focus on his philantropic work with the Dietmar Hopp Foundation.

Hopp began investing in Hoffenheim in 1990, helping them win multiple promotions thanks to his backing. After his retirement from SAP, he intensified his interest in the club and his recruitment of Ralf Rangnick in 2006 as well as major investment on players saw the village team record back-to-back promotions to go up to the Bundesliga for the first time in their history in 2008.

In the lower divisions, Hoffenheim had played in the 5,000-capacity Dietmar-Hopp-Stadion, but needed a better home ground for their Bundesliga ambitions and Hopp spent over $100m (£80m) of his own money to help build the Rhein-Neckar-Arena, which has a capacity of 30,150.

Why are Bundesliga fans protesting against Hopp?

Unlike the vast majority of clubs which follow the 50+1 rule which ensures that fans retain ownership of clubs, Hoffenheim is 96 per cent owned by Hopp. As a result, he has been able to use his huge financial clout to help the club turn from unknown amateurs into a top-flight team capable of qualifying for Europe. Hoffenheim qualified for the Champions League in 2018 under the guidance of head coach Julian Nagelsmann.

The population of Hoffenheim is just 3,272, while Sinsheim where the Rhein-Neckar-Arena is located has 35,442 inhabitants. Without Hopp's backing, it is unlikely that a team from either of these towns could support a Bundesliga team, let alone require a stadium that can hold over 30,000 supporters.

As a result, many opposition fans in the Bundesliga view Hoffenheim as a 'plastic club' like RB Leipzig who have bought success thanks to their ability to operate outside the 50+1 model. Borussia Dortmund's supporters have long been critics of Hopp, often unveiling banners with the slogan "against modern football", while a demonstration by their fans in 2008 saw the first use of Hopp's face behind crosshairs.

In an attempt to drown out anti-Hopp sentiment by Dortmund supporters, a Hoffenheim employee attempted to play artificial background noise during a game between the two sides in 2011. This became known as 'soundgate' and Hopp called the whole situation "very embarrassing."

∙ Teams return to pitch but keep the ball among themselves for the rest of the match.

Protests from Dortmund fans at Hoffenheim games have escalated in recent years, with the German Football Association (the DFB) responding to the latest Dortmund display by banning their supporters from going to Hoffenheim games for the next two years. This contravenes an earlier promise from the DFB that collective punishments would not be handed out and only individual supporters would be punished for their actions.

The ban thus resulted in supporters of other clubs escalating their own protests, with games from all of Germany's top three divisions experiencing anti-Hopp protests last weekend.

Most notably, Bayern Munich's away game against Hoffenheim was halted twice to remove banners, including one which called Hopp a 'son of a b*tch,' before the match ended in calamity after the referee took the players off the field with Bayern ahead 6-0. Both teams eventually returned to the pitch, but passed thr ball around amongst each other rather than attempt to play competitively.

What has been the response to the protests?

Hopp's own response was even more resolute, calling the supporters in question 'idiots,' before claiming that their actions would not deter him from attending games.

"If I remotely knew what these idiots wanted from me, it would be all the easier for me to understand," he told Sport1.

"I can't explain why they are so hostile towards me. It reminds me of very dark times."

The following day, Union Berlin and Wolfsburg's match was also delayed due to the removal of anti-Hopp banners, with the referee bringing the players off the pitch just before the end of the first half. When the teams came back out, fans were warned that the game would be abandoned if further banners were unveiled. 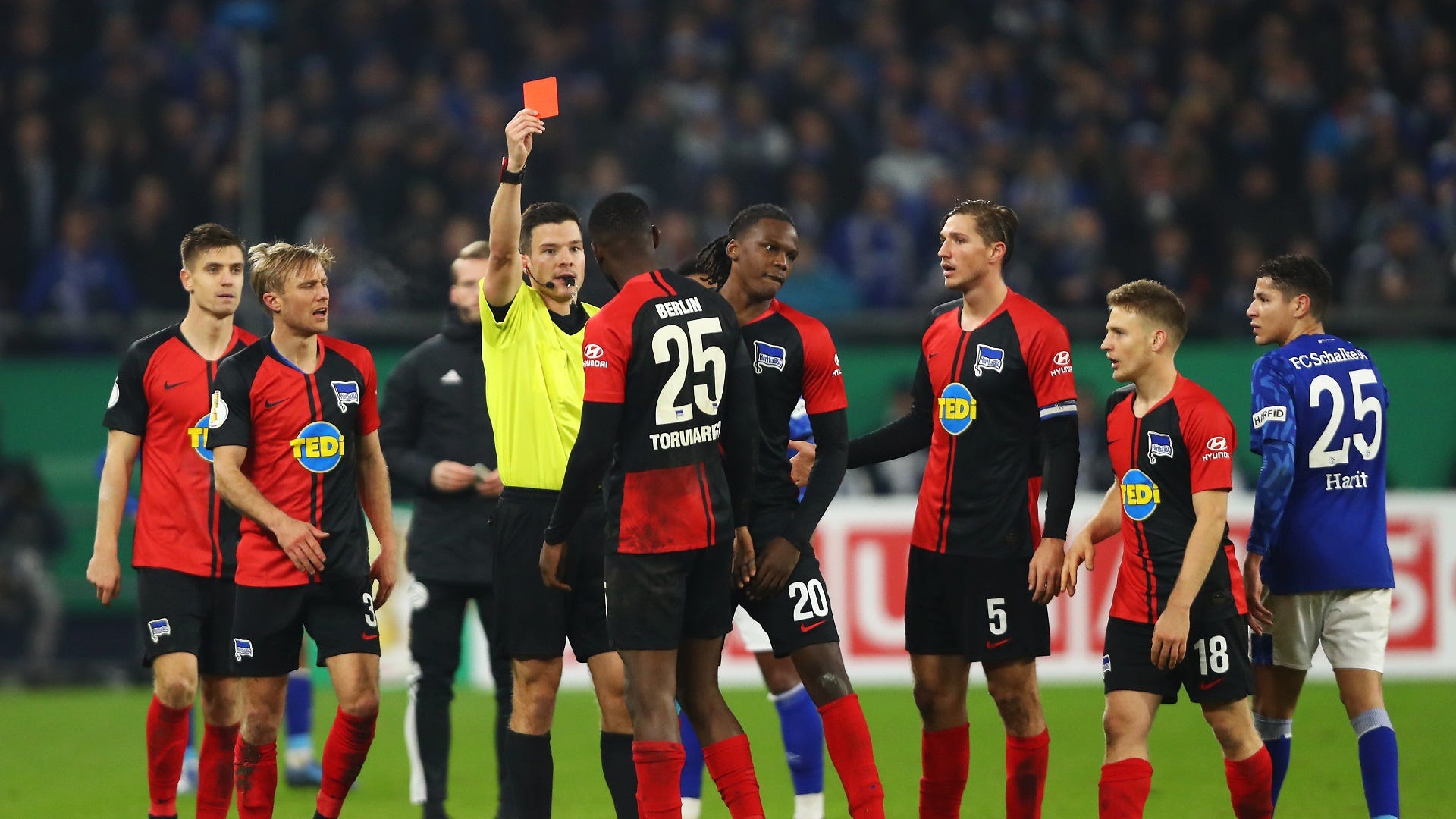 Supporters throughout Germany have criticised the handling of the protests by the DFB, believing that the same response should have been used to combat incidents of racism during football games, most notably during a Hertha Berlin game where defender Jordan Torunarigha ended up being issued a red card for his reaction to being abused from the stands.

Bayern's ultra group Red Fanatic Munchen issued a statement hitting out at the DFB's reaction, saying that their hardcore response to defend Hopp makes a mockery of how they have responded to racist incidents: "This trivialises and ridicules the victims of actual racial hostility and acts of violence and highlights the DFB’s failure to punish actual incidents of such nature. In addition, between the appointment of integration officers and PR campaigns, the DFB demonstrates a simple lack of interest in clear concepts of action against discrimination.

"Comparing a mere insult in the form of banners or chants to racially motivated acts is simply idiotic. The media, the hierarchy, and the players are also lacking substance. Angry comments and appeals for more tolerance on social media are missing any real self reflection.

"On the other hand, active engagement against incidents of antisemitism, homophobia, and racism are rarely on the agenda. Instead of empty words, actions should also follow."

In Germany, at least 50% of all shares plus one additional share must be owned by members of the club, in order to ensure that outside investors cannot simply buy and sell teams on a whim, as in other countries. This has kept the community or family spirit of traditional teams for generations and ensures that supporters have a say in how their clubs are run.

There are a few exceptions to the rule, including Wolfsburg and Bayer Leverkusen, as these teams are workers' clubs, founded by staff of the companies that own them, automobile manufacturer Volkwagen and pharmaceutical giant Bayer, respectively.

RB Leipzig have found a clever way around the ruling as they have just 17 members, all of whom are employees of Red Bull, while Hopp was given an exemption to purchase more than 50% of Hoffenheim as he has been an large-scale investor in the club for more than 20 years.

Bayern Munich are able to compete on a global scale within the 50+1 model due to the number of members they have worldwide, with over 300,000 fans all over the globe investing in the team. Companies such as Allianz, Audi and Qatar Airways have invested in the other 49.99% of the club, which has also led to protests from Bayern Munich ultras who do not like the over-commercialisation of their own team.

What else are Bundesliga fans protesting about?

RB Leipzig are also often on the receiving end of fan protests, with "F*ck RB" banners often seen at their matches while a severed bull's head was thrown onto the pitch during a game with Dynamo Dresden. These protests are similar to the ones against Hopp as fans believe that they have bought their success and have taken the place of a traditional club in the Bundesliga.

Union Berlin began life in the Bundesliga in silence, holding a 15-minute protest during their maiden German top-flight game as they welcomed RB Leipzig to the Stadion An der Alten Foersterei. “A statement from their ultra group Scene Koepenick read: "We will fight for the preservation of football culture for as long as possible. Pure marketing instruments like RasenBallsport will never be part of that culture and that is why we call on a 15-minute silence.” 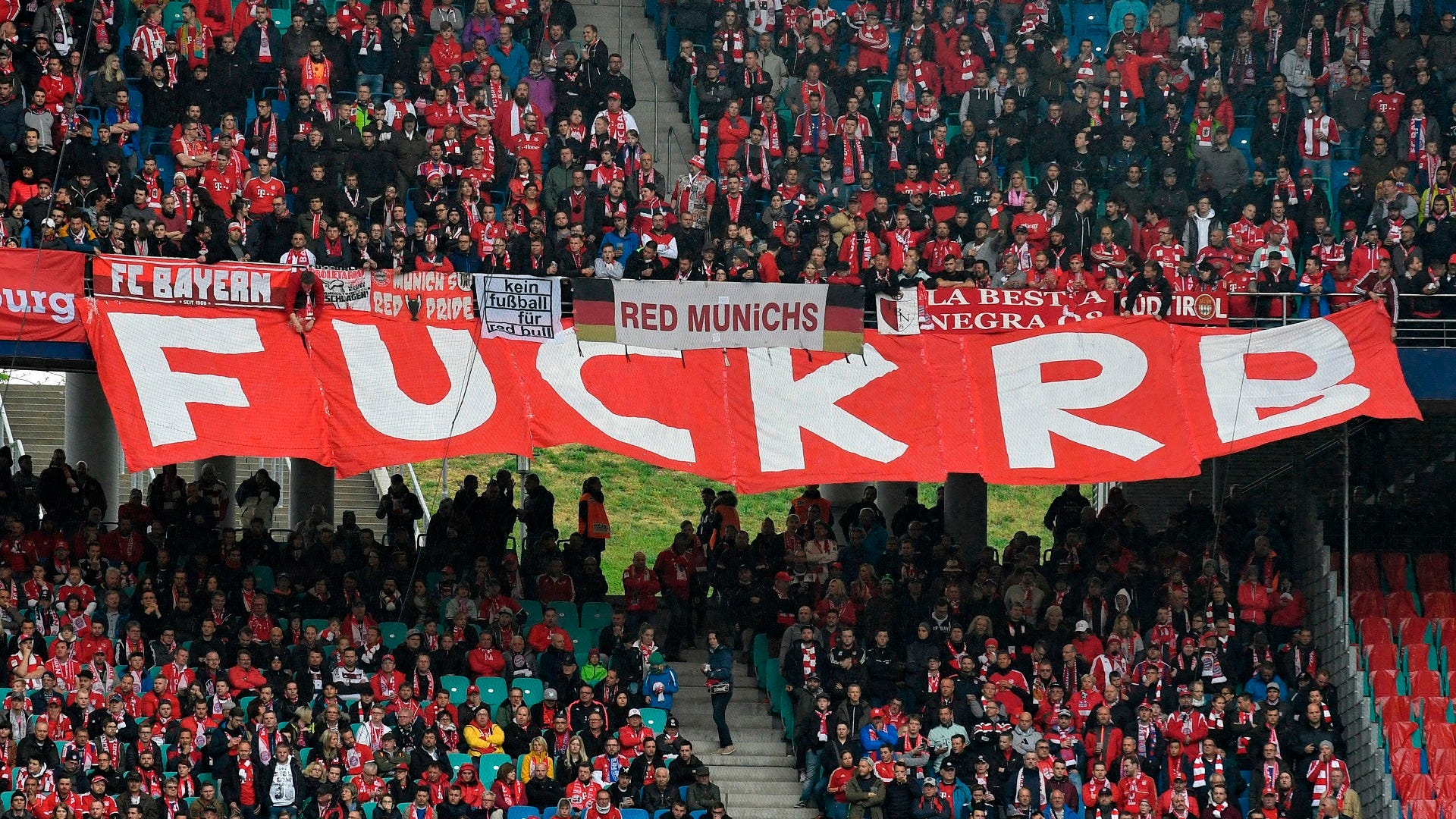 Notably, during the past few seasons, supporters have staged protests during matches held on Monday nights as fans do not want any league games to be held on a Monday. It is difficult for many away fans to travel to the Monday night games, which were only put in place to facilitate television broadcast schedules.

Fans have delayed Monday games by throwing toilet paper or tennis balls onto the pitch and as a result have achieved their goal, with the DFL confirming that the Monday kick-off will be replaced with a Sunday night game, starting from the 2021-22 season.

Ticket prices for Bundesliga games are lower than in many other countries, particularly the English Premier League, which sees German fans at European away games in England often unfurl banners complaining about the cost of these matches. "Twenty is plenty" is the usual slogan used on these banners and was used by Bayern Munich fans in opposition to the price of tickets for their recent trip to Chelsea, with some seats costing three times that amount.