Why Brentford are the Premier League's most innovative and unique club 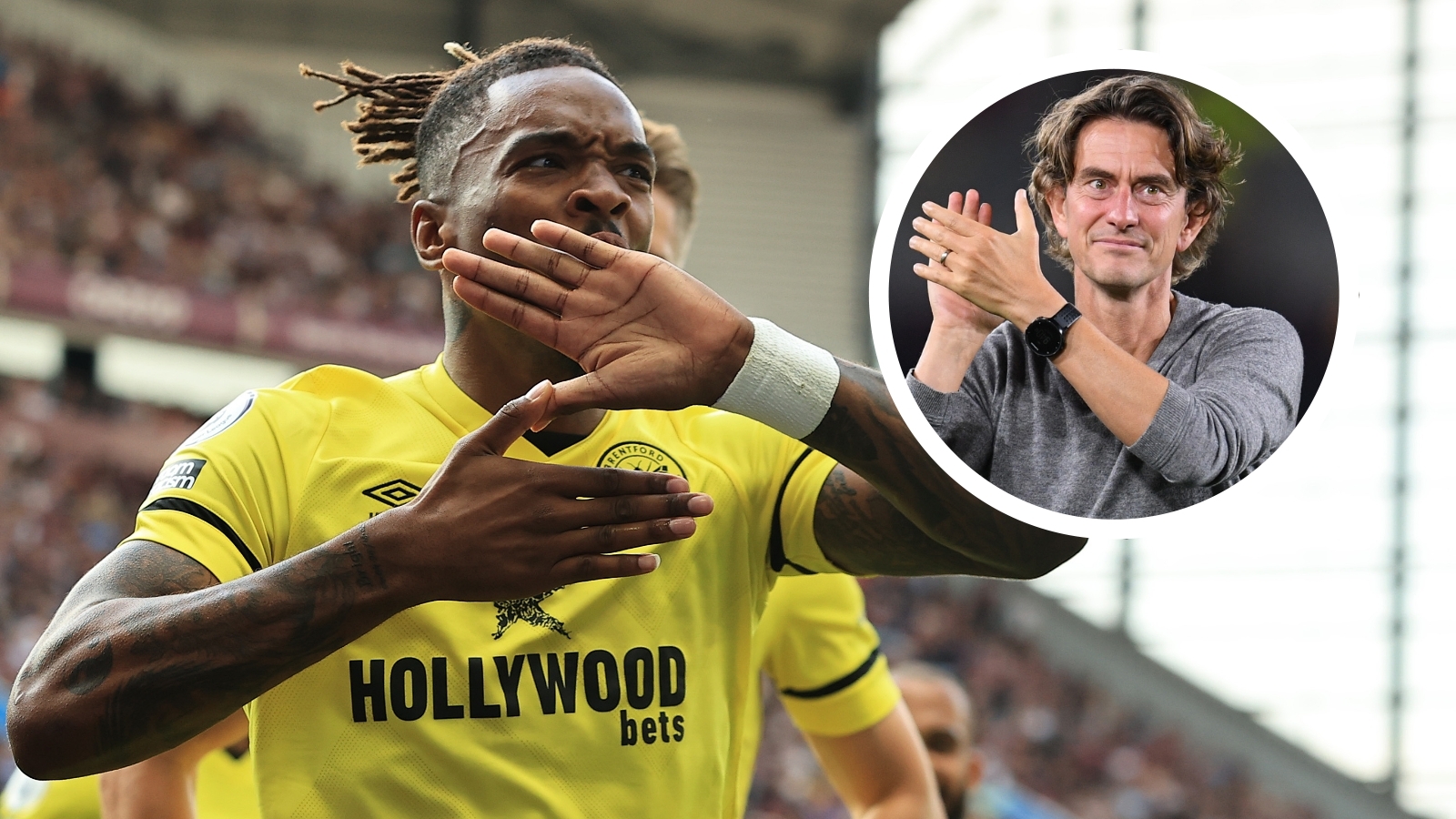 It’s been more than 32 years since Liverpool met Brentford in a competitive fixture, and almost 75 since they did so in a league match. That will change this weekend, though, the Reds heading for west London as they look to maintain their unbeaten start to the new Premier League campaign. “It won’t be easy,” says Jurgen Klopp.

Brentford may be newcomers to the top flight, promoted in May for the first time since 1947, but they are not here to sit on their hands. Both Arsenal and Wolves have already discovered just how good, and how dangerous, Thomas Frank’s side can be.

“A bus stop in Hounslow,” is how Frank memorably described the club in the summer. The Dane, who has been the Bees’ head coach since 2018, is one of the most quotable managers in football, and represents the ideal figurehead for a club which likes to do things a little differently to its peers.

“We are not designed to fly,” Frank says. “But there we are, flying into the Premier League.”

How have they done it?

That mindset stems from owner Matthew Benham. A former hedge fund manager, Benham made his money in the world of sports gambling before taking control of Brentford in 2012. A lifelong fan, it is estimated that he has ploughed more than £100m ($136m) into the club during the past nine years. And as with Benham's other club - the Danish outfit FC Midtjylland - the results are there for all to see.

Brentford won promotion from League One in 2014 and reached the play-offs in their first season in the Championship. Under first Dean Smith, now the manager of Aston Villa, and then Frank, they never finished lower than 11th despite having one of the division’s smallest budgets.

Then came the breakthrough.

Brentford reached the play-off final in 2019-20, losing painfully to local rivals Fulham. The following season they went one better, defeating Swansea at Wembley to reach the promised land.

It’s a remarkable story, especially considering the way the club has consistently lost its best players (and managers) over the past decade. The list is impressive. Ollie Watkins, James Tarkowski, Neal Maupay, Ezri Konsa and Said Benrahma came to prominence at Brentford and are now established Premier League players.

“The core of our business is to make a profit every year on player trading,” says Varney. “So we need not only to be able to find players with potential, but also to increase their value by developing them while they are in the building.”

They have done that not just through skilful coaching, but by bold decision-making as well - the kind of ‘calculated risks’ Varney spoke of.

In 2016, Brentford became the first major English club to close its academy, choosing instead to focus on a B-team system which, they said, would “create the most effective pathway into the first team of all English clubs.”

It was a controversial move, and met with widespread disapproval across the often narrow-minded football world. But Brentford argued that paying £2m ($2.7m) a year developing youth players, most of whom would defect to bigger, better-funded clubs before they reached 17, had become a pointless exercise.

Better instead, they argued, to target players of 17 and 18, many of whom have been released or stagnated at other clubs, and mould them into footballers who can have fruitful senior careers, either at Brentford or elsewhere. They would not play in a specific reserve or youth-team league, instead organising fixtures against teams as diverse as Southend and Bayern Munich, Wealdstone and Valencia, in order to give their players as much variation and experience as possible.

So far so good, you’d have to say.

In the past five years, 16 players have progressed from Brentford’s B-team to the senior side. They include Mepham, a Wales international sold to Bournemouth for £12m ($16m) in 2018, and Marcus Forss, whose goal took the Bees to the play-off final back in May.

"Our B-team is the closest you get to a first team without being a first team,” Rasmus Ankersen, Brentford’s co-director of football, told Sky Sports recently. “The number of staff and specialists that help these players develop matches what you see in many first-team environments.”

The B-team, which has its own head coach, assistant coach, technical lead, goalkeeper coach, strength and conditioning coach, analyst, kit manager and communications lead, work alongside the seniors at the club’s Jersey Road training ground, near to Heathrow Airport.

“Almost two clubs in one,” says Varney, while Ankersen, who has written a book, The Gold Mine Effect, exploring the subject of high performance and talent development in sport, believes the close proximity of the two teams helps create a culture where improvement is natural, inevitable even.

"Some years back I went to Kenya to study why a small town there can produce the world’s best marathon runners,” he says. “And what I saw was that the young talents there trained every day alongside some of the biggest stars in the world.

“That proximity of role models is very powerful in a talent environment, but unfortunately in football we are very busy separating our first-team players from everyone else because we want to remove all distractions.

“I guess you could say that proximity helps demystify what it takes to become really good.”

And Brentford are really good, too. In each of the last three seasons they have had a striker who scored 25 goals or more. In 2018-19 it was Maupay, now of Brighton, then it was Watkins, who has since joined Aston Villa and made his senior England debut, and last season it was Ivan Toney, who broke the record for goals in a single Championship season with 33.

Toney, who has already scored twice this season, is seen as the next in line for a big move, although goalkeeper David Raya, midfielder Josh Dasilva and forward Bryan Mbuemo are also sought after. Sergi Canos, the former Liverpool winger, is another making a fine impression in the top flight.

“We must be doing something right,” Frank said recently, and that view certainly extends to the club’s off-field work.

Brentford spent £71m ($97m) on their ground, the “small but perfectly formed” - Varney’s words - Brentford Community Stadium, which nestles neatly beside the M4 motorway, surrounded by a series of railways.

The 17,250-seat venue, which opened in 2020, also hosts the London Irish rugby team, and next summer it will be one of the venues used at the Women’s European Championships. The 1,700 or so Liverpool supporters who visit on Saturday will find it to be one of the Premier League’s most atmospheric and fan-friendly grounds.

“Every spare inch that we’ve got in this stadium has been used for spectators,” says Varney, though the presence of nearly 3,000 hospitality seats should make a huge difference to the club’s matchday revenue. Their previous home, Griffin Park, had only 60 corporate spaces.

But with Premier League football - and Premier League revenue - now secured, with their new stadium up and running and with the charismatic Frank in charge of the team, this is a club which has the potential to go from strength to strength.

“How could you not have fun as a newly-promoted club in the Premier League?” says Varney, and you can see his point. Brentford have already beaten Arsenal and Wolves this season, and drew with both Aston Villa and Crystal Palace. Their only loss came via a stoppage-time goal against Brighton.

Liverpool, naturally, is their toughest test yet, but the bus-stop boys won’t be fearful of the men from Anfield.

“We are selling hope in football,” Frank says. He and Brentford have been doing it pretty well of late.