The French defender has had an unconventional route to the top, saving his formative club with a move to Austria before starring in the Bundesliga

Neymar might have won the Champions League Player of the Week award following the culmination of the quarter-finals, but had Dayot Upamecano played in a more glamorous role, the RB Leipzig centre-back may well have been the recipient of the honour.

Defenders are notoriously underrepresented when it comes to individual accolades, but the 21-year-old can nevertheless enjoy the satisfaction of playing what was perhaps the pivotal match in his career as the Bundesliga outfit eliminated Atletico Madrid 2-1 in Lisbon.

Upamecano made every one of the tackles he attempted, won six of his seven duels on the ground, three of four he had in the air and completed every dribble and virtually every pass he attempted.

With Diego Simeone, the master of defensive football over the last decade, watching on, he put on a clinic.

“He was a beast from the first to the last minute,” coach Julian Nagelsmann explained in the press conference after watching the youngster dominate Atleti forward Diego Costa, one of the hardiest and wiliest strikers around. “He was always concentrated and he played very intelligently.”

Unfortunately for Nagelsmann, the prospects of him enjoying the centre-back from close quarters for more than another year appear increasingly slim.

Although Upamecano signed a new deal with Leipzig in July, there exists in his contract an exit clause of €50 million (£45m/$59m).

While the player wishes to remain with the East Germans for at least another year to refine his already impressive game further, the likes of Bayern Munich, Paris Saint-Germain, Real Madrid and many of the Premier League’s biggest sides including Manchester United and Arsenal are monitoring his situation.

In an era in which even average central defenders are going for significantly more, Europe's elite will be unable to pass up such a bargain.

If he is only now becoming a household name, interest from big clubs is not a novelty for the Frenchman, who has been earmarked for greatness since attending the academy of Valenciennes.

Before departing the Ligue 2 side five years ago for Austria, where he was embraced in the bosom of Red Bull clubs at Liefering, Upamecano was strongly linked with Manchester United.

How Red Devils manager Ole Gunnar Solskjaer, who has a myriad of defensive issues to solve this summer, must be regretting that no deal was done. 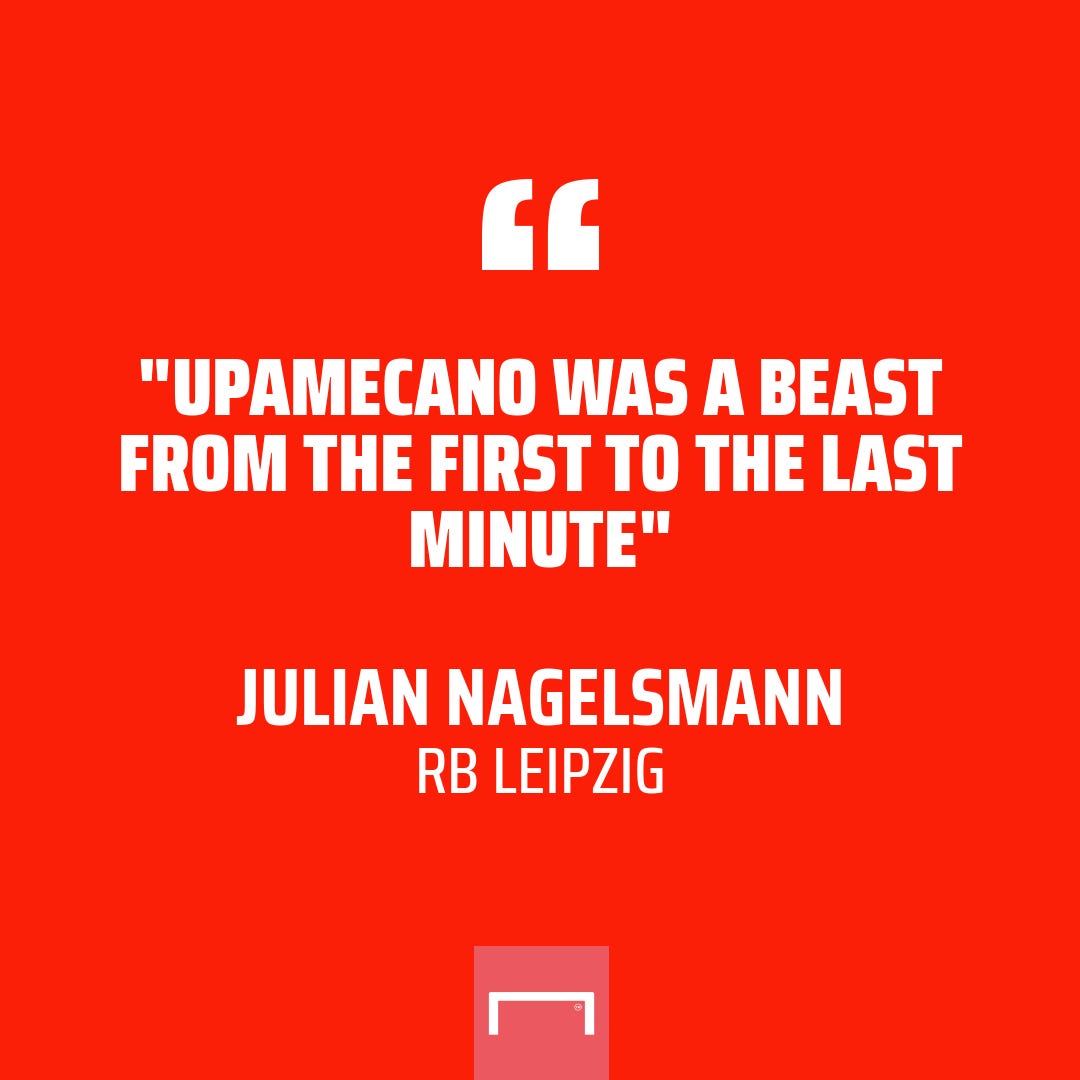 “Upamecano was the best player tonight, he was formidable on the pitch,” Old Trafford great Rio Ferdinand, one of the game’s foremost centre-backs himself during his playing days, told BT Sport  following the Atletico clash.

Valenciennes, too, must regret that era, having made just €2.2m on their prized asset, who had not even featured in the first team.

Upamecano, however, was the saviour of a club desperately in need of a pay cheque to keep them afloat, and according to one of his coaches at the time, Olivier Bijotat, he still retains many of the attributes that made him stand out as a 15-year-old.

“He’s been driven by his desire to win the ball back. He’s kept the same freshness. He always tries to get himself into an advantageous situation,” he told Voix du Nord . “Except now he’s done it in the quarter-finals of the Champions League against Atletico, a team never easy to play.

“Today he has everything, a mixture of power and incomparable technical quality. When he arrived at Valenciennes, he had his athletic strength but wasted a lot of balls. He was already a great defender, so we weren’t afraid to offer him midfield or attacking exercises so he became more fluid, to allow him to get to the heart of the game and see more of the balls.

“It was easy because he’s very demanding on himself. If you give him five training sessions a day, he’ll be out on the field five times.”

Upamecano has readily earned comparisons with Real Madrid defender Raphael Varane. Both grew up in the north of France, learned the foundations of their football in the extreme north east of the country and play with the same ready assurance, both in and out of possession. 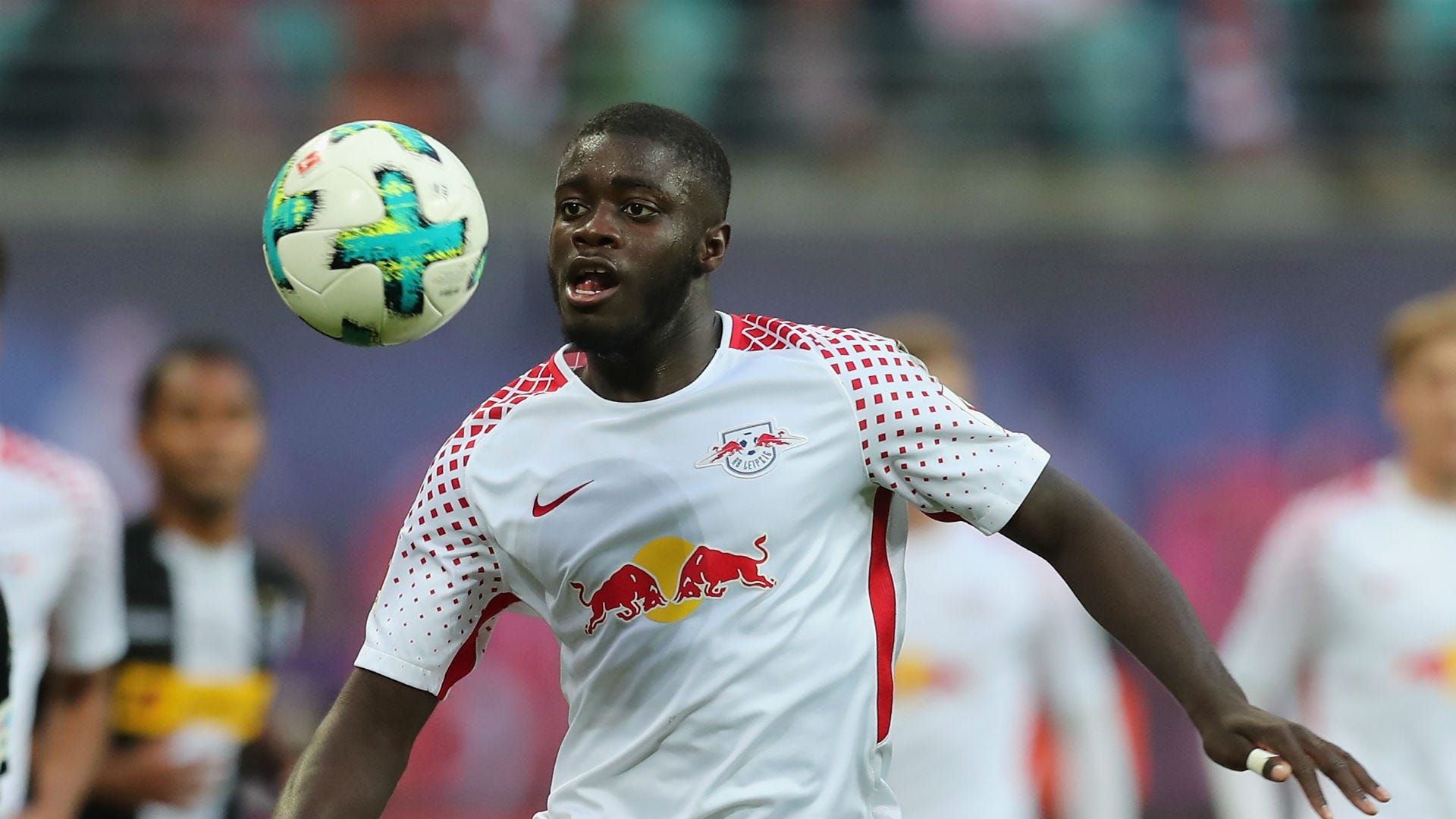 Bijotat was there as the duo neared the professional game, and while both players have ended up with similar styles, he says that Upamecano started out very differently from Varane, who was in Lens’ academy from the age of nine.

“Dayot’s background is power. Before he was at Valenciennes, he was at Evreux, which is the football of the street. He didn’t benefit from the same foundation as Raphael, but he learned quickly,” he said.

Even once he had moved into the professional ranks, though, Upamecano’s path to the top has been unusual.

Whereas Varane moved from Lens directly to Real Madrid, his young compatriot has steadily moved up the food chain of the Red Bull clubs, jumping to Austrian football with Liefering and Red Bull Salzburg before winding up in Leipzig.

The biggest tests of his young career lie ahead over the next week, with a Champions League semi-final against PSG on Tuesday before a potential final against either Bayern Munich or Lyon. Unsurprisingly, the ambitious No.5 sees it as a challenge to embrace.

He may have lost out to Neymar in the individual battle on Monday, but a place in next Sunday’s final is the prize that both players really want to win.