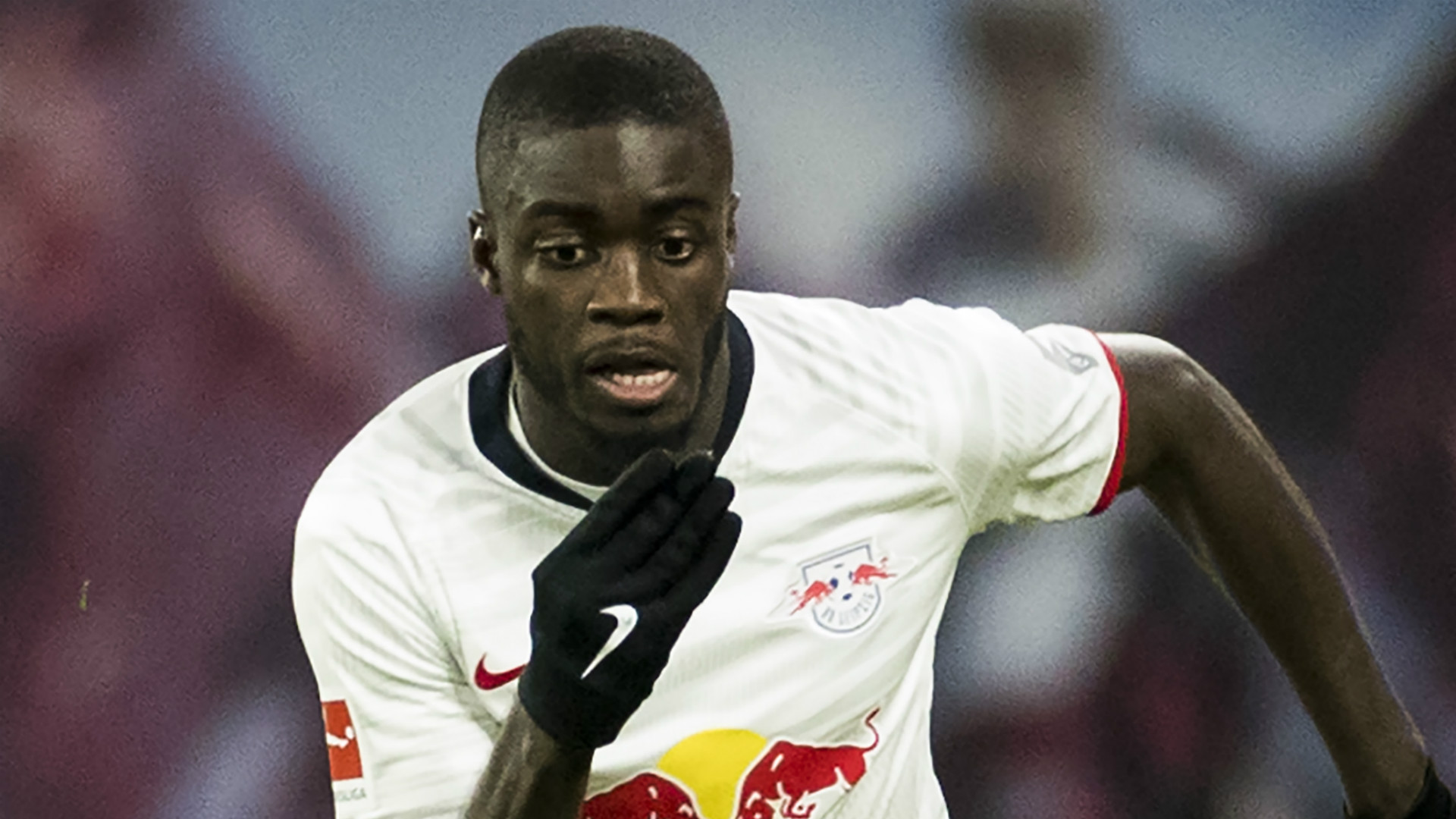 The highly-rated French centre-half, who has been linked with clubs across Europe, has agreed fresh terms through to the summer of 2023

Dayot Upamecano has signed a contract extension at RB Leipzig, with the agreeing of fresh terms through to 2023 bringing an end to the rumours linking him with Arsenal.

The highly-rated 21-year-old has been attracting admiring glances from leading sides across Europe.

At one stage it appeared to be only a matter of time before his potential was lured to pastures new.

That may still be the case, but Leipzig have moved to ensure that Upamecano will not easily be prised from their clutches.

A talented French centre-half is now tied to them for another three years, with the intention being for the Bundesliga outfit to be the ones to benefit from his development.

Dayot #Upamecano has extended his contract with #RBLeipzig until 2023! 😄😄😄

Upamecano has been on Leipzig’s books since January 2017, when he completed a switch from Red Bull Salzburg.

He has taken in 111 appearances for the ambitious German club, with his stock rising considerably across those outings.

Arsenal were among those reportedly ready to test Leipzig’s resolve with a big-money bid in the current transfer window.

Bayern Munich were also said to be keen on keeping Upamecano in the Bundesliga, with his previous deal including a €60 million (£54m/$68m) release clause.

Leipzig conceded in June that they may have to sanction a sale, as they could not afford to let a prized asset run down the final 12 months of his contract.

Sporting director Oliver Mintzlaff told Bild: "'Upa' is an extremely important player for us and one of the most sought-after talents in Europe.

"And we can assure that we have a clear understanding with him and his agent he won't leave us on a free. We can't afford that as a club.

"There are only two options: prolong or leave. I am sure we'll soon find out in which direction it's going."

Leipzig have talked Upamecano into prolonging and will be hoping to see him aid their efforts across multiple fronts in 2020-21.

Julian Nagelsmann’s side finished in third spot this season, 16 points adrift of Bayern Munich, but will be looking to close that gap next term while also embarking on another Champions League adventure.

They remain in that competition for 2019-20, with a quarter-final clash with Atletico Madrid awaiting them on Portuguese soil in August.