It is hard to imagine a world without the sport, such is its ubiquitous nature, but soccer as we know it is relatively young in human history

Football is without doubt the most popular sport in the world, and events such as the World Cup, which are viewed by hundreds of millions of people, are testimony to that fact.

It is a highly accessible game, played across the planet on streets and back gardens as much as it is on pristine pitches, taking place both indoor and outdoor as well as on the virtual plane.

Given that only a ball, some players, somehwere to play and a vague idea of a goal is all that is needed, it is no surprise that the sport has traversed the globe.

Ball games have long been a feature of human play and the game of football as we know it today has been a fixture of life for societies worldwide since the 19th century.

Who invented football and when? Where was 'The Beautiful Game' born? Goal takes a look at the history and origins of the sport.

Who invented football & when?

Football as we know it today - sometimes known as association football or soccer - began in England, with the laying down of rules by the Football Association in 1863.

Since then, while the rules of the sport have gradually evolved (to the point where VAR is now used, for example), football has more or less retained the same overall constitution and objectives.

Various football games existed prior to that point in England and were played on the lawns of public schools, but with no standardised set of rules, the games were rather chaotic. 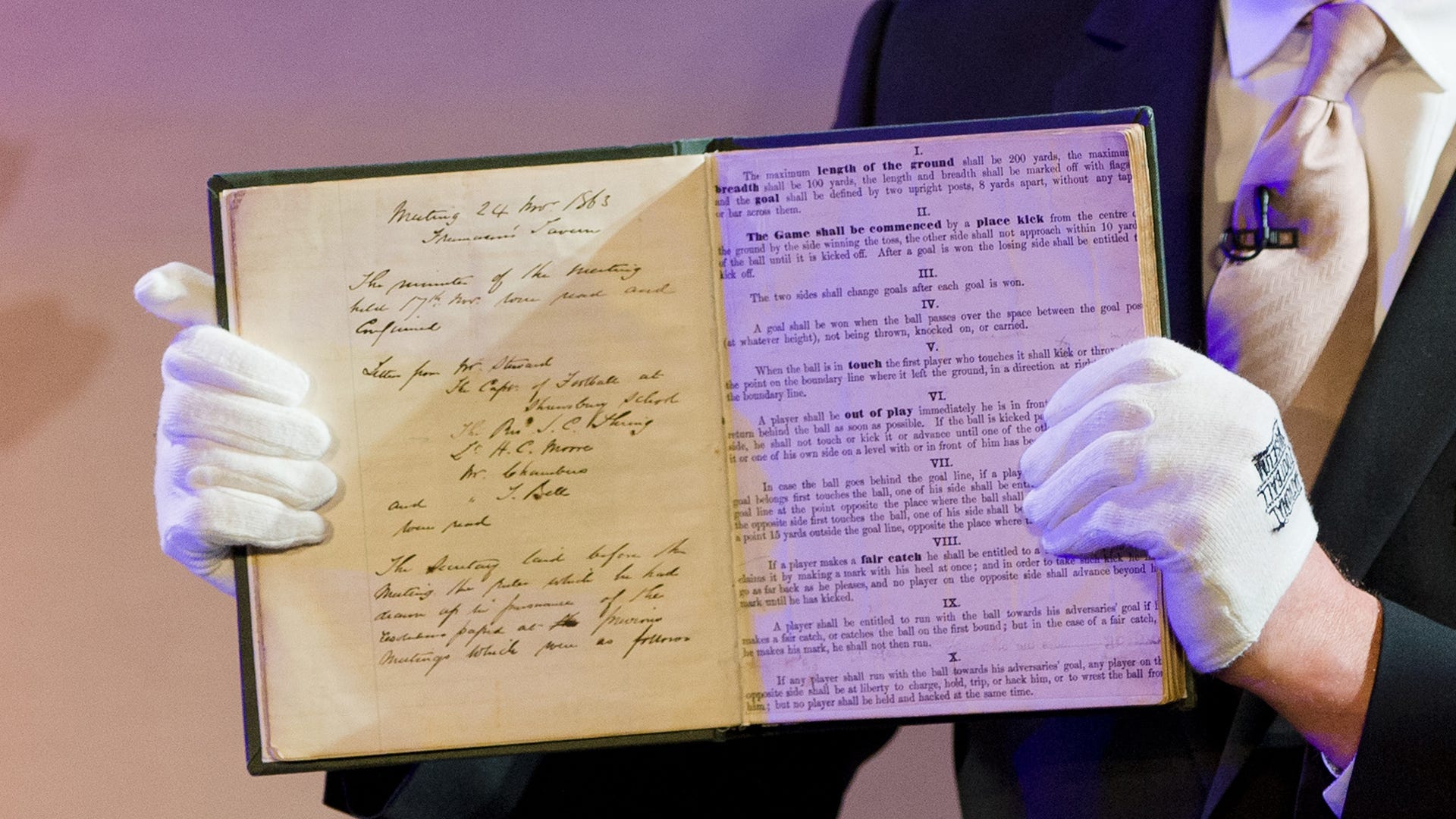 A number of different rule codes existed, such as the Cambridge rules and the Sheffield rules, meaning that there was often disagreement and confusion among players.

While no single individual can realistically lay claim to being the 'inventor' of football, Ebenezer Morley has been referred to as the 'father' of the Football Association.

While Morley was not one of the public schoolboys, he was the founder of Barnes Football Club, and it was his letter to the newspaper Bell's Life that prompted the historic meeting which established the new rules.

That meeting, which took place on October 26, 1863 at the Freemasons' Tavern on Great Queen Street in London, involved representatives from 12 clubs and the game of football was soon codified.

Nowadays the game of football is presided over globally by FIFA, which was established in 1904 (41 years after the FA).

The IFAB (International Football Association Board) is the so-called 'guardian' of the Laws of the Game and is run by FIFA as well as the four British associations (England, Scotland, Wales and Northern Ireland).

What were the early forms of football?

While those associated with football in England take pride in the fact that they can be said to be 'inventors' of modern football, other forms have been recorded elsewhere - and much earlier.

Indeed, the earliest form of football is understood to be 'cuju' which was played in China during the Han dynasty from 206 BC to 220 AD.

'Cuju' translates literally as 'kick ball' and the aim of the game was to kick the ball into a net. Like later forms of the game in England, cuju outlawed the use of the hands.

In ancient Greece, too, a game similar to football existed which was called 'episkyros'.

The name of the game means 'common ball' and it involved two teams of players (with numbers comparable to football) with one ball. Notably, though, players were allowed to use their hands.

'Episkyros' was frequently violent in nature and it is believed to be related somewhat to the later ancient Roman game 'harpastum', which means 'carried away'.

So we can see that a lot of different football games spawned across the world and changed over time.

Luckily for fans today, though, the FA and FIFA decided to establish a new standard, one that could be enjoyed by everyone the world over. The rest is history.