What next for Man Utd starlet Amad after injury recovery? 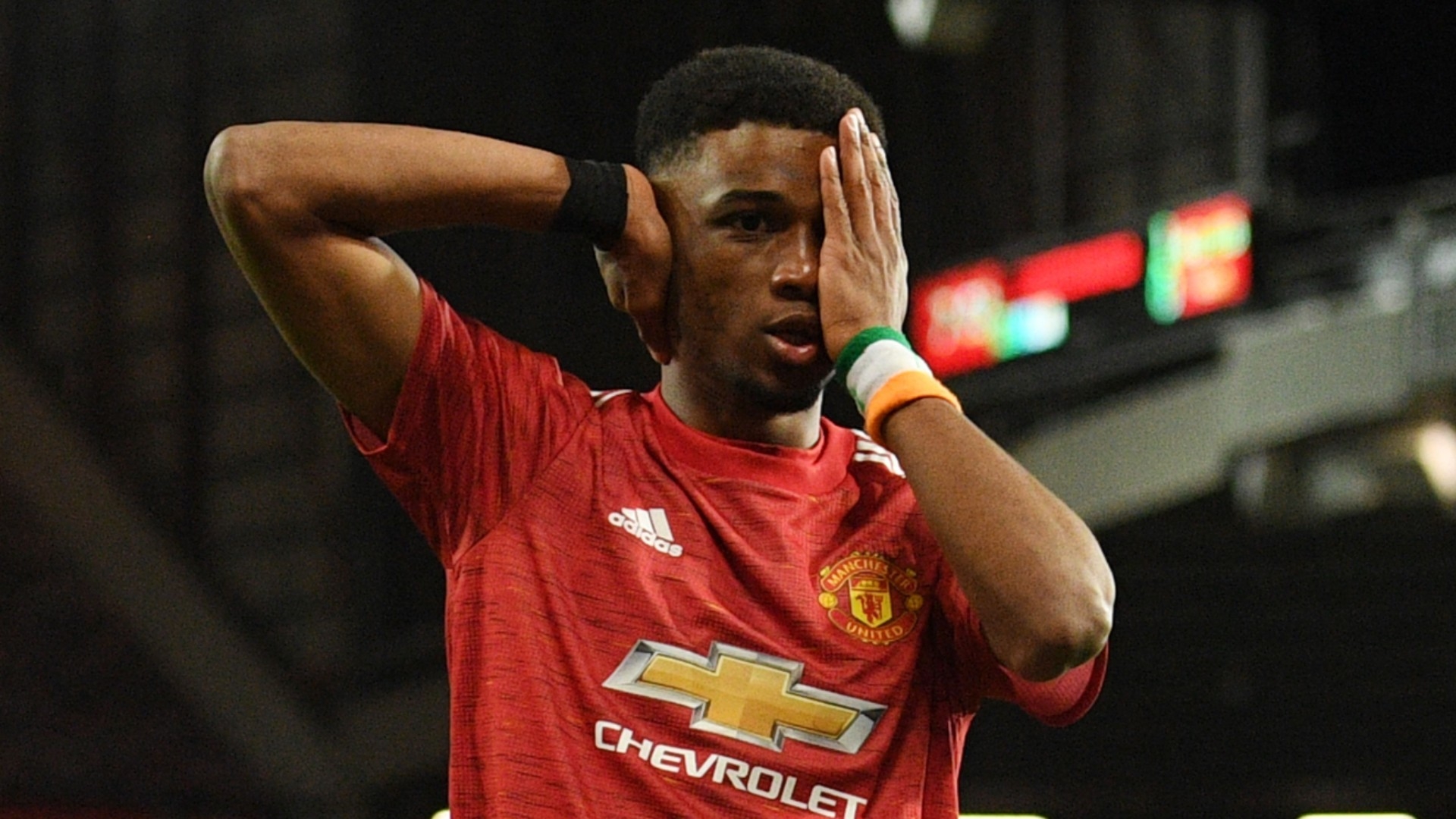 The teenager's proposed loan move to Feyenoord was called off after he suffered a thigh problem, and now he must find a way to impress at Old Trafford

It has been a difficult few months for Amad Diallo.

Had things gone to plan for the Manchester United teenager, right now he would have been proving a point on loan at Feyenoord, using the Eredivisie to gain experience of playing senior football at a decent level.

Instead, the 19-year-old remains in Manchester, and having spent the past six weeks recovering from injury, will be watching on when United take on his former club, Atalanta, on Wednesday.

Had Amad stayed in Bergamo rather than moving to Old Trafford, there is a strong possibility that he would have been starting at the Theatre of Dreams on a Champions League night this week.

But despite arriving for an eye-catching £37 million ($51m) in January, he has made just two starts for the Red Devils.

So should that be cause for concern?

When the winger first joined up with the United squad, the hype was on a level rarely seen for a player who had just over an hour of first-team football under their belt.

Given Amad's age and transfer fee, that was to be expected, and when the  NXGN  2021  star   scored twice on his Under-23s debut against Liverpool, some fans demanded he be sent down to Arsenal immediately to play for Ole Gunnar Solskjaer's side later that day.

That, of course, did not happen, though he only needed to wait three more weeks before debuting against Real Sociedad, before grabbing the headlines with by scoring a stunning header to break the deadlock against AC Milan a couple of weeks later.

His goal against the Rossoneri, though, remains the high point of his short United career thus far, with the thigh injury suffered in late-August having derailed any hopes he had of playing regular first-team football anywhere during the first half of the campaign.

United, though, are impressed with how the teenager has bounced back. Sources tell  Goal  that he has used his time away from the pitch to bulk up through extensive gym work, with his positive attitude despite his setback having been refreshing for one so young.

“It’s a nice feeling to tell you the truth (to be back)," he told United's official website. "To be out with an injury for so long is not nice.

“When you’re out you feel like you’re wasting playing time, but now obviously I’m back and I’m feeling happy, and I hope I won’t have any more injuries and I hope to go on.”

He has worked closely with United's first-team fitness coach, Paulo Gaudino, and Solskjaer has noted how the player has developed both his physical stature and on a personal level.

Amad's English has improved quickly, allowing him to communicate far more freeling with his team-mates than when he arrived, while he has settled into life in a new country well despite moving without any support network around him, and enjoyed a trip to London during the latest international break in a bid to explore his new home further.

The dilemma now, then, is what happens next for Amad from an on-field perspective?

It is understood that he will build up his match fitness with the U23s in the coming weeks, and the Cote d'Ivoire international will hope that he can do enough to catch Solskjaer's eye.

The Norwegian coach, however, already has a surplus of attacking talent to work with following the summer arrivals of Jadon Sancho and Cristiano Ronaldo, and as such Amad is eighth or ninth at best in the pecking order of United forwards.

As such, a loan move in January still remains the likeliest outcome.

“He has been learning the way we play, he’s strong and he can take the ball," Solskjaer said on Tuesday. "We have to make a decision before Christmas what he’s going to do.

"Is he going to play enough here? It's possible. If not, the next step is for him to play somewhere else and come back in the summer.

“That’s a decision for later, but he’s developing very, very nicely. This injury was bad timing, as every injury is.”

All Amad can do this week, then, is try and provide some intelligence on his former side, with United knowing that anything other than victory would leave their hopes of reaching the Champions League knockout rounds in a precarious position.

What happens for Amad in the long-term at Old Trafford, though, remains unknown. But after this summer's injury blow, he could have done little more to ensure he remains part of Manchester United's future.