The Malaysian youth development programme was launched in 2014 to address the lack of development undertaken by teams and associations.

Malaysia's National Football Development Programme (NFDP) is the country's ongoing push to develop the sport further in a more modern direction, by addressing the lackadaisical attitude exhibited by state football associations and professional teams towards their youth development role.

Even until now, most Malaysian teams' youth development activity is limited to identifying young players at the age of 18 and above in makeshift open trials, for the purpose of funneling the trainees into their Youth Cup (U-19) and President Cup (U-21) teams. Even then, there are rumours that the trials are only held for show, with spots on the rosters having already been earmarked for children and nephews of association officials. By comparison, top clubs around the world start training children before they are even in their teenage years.

While the Harimau Muda (Young Tigers) programme from 2007 to 2015 sought to gather the best young talents in the country from age 17 to 22 and to have them play together competitively, NFDP is run with a different objective.

The programme was reportedly mooted by then Malaysian FA (FAM) president and Pahang Sultan, the late Sultan Ahmad Shah back in 2009, with the objective of providing children across the nation with more consistent and better quality football training, and establishing a talent pool, which is more in line with how proper development is conducted in top footballing nations. At the same time, it also sought to produce players that are good enough to play professionally abroad. 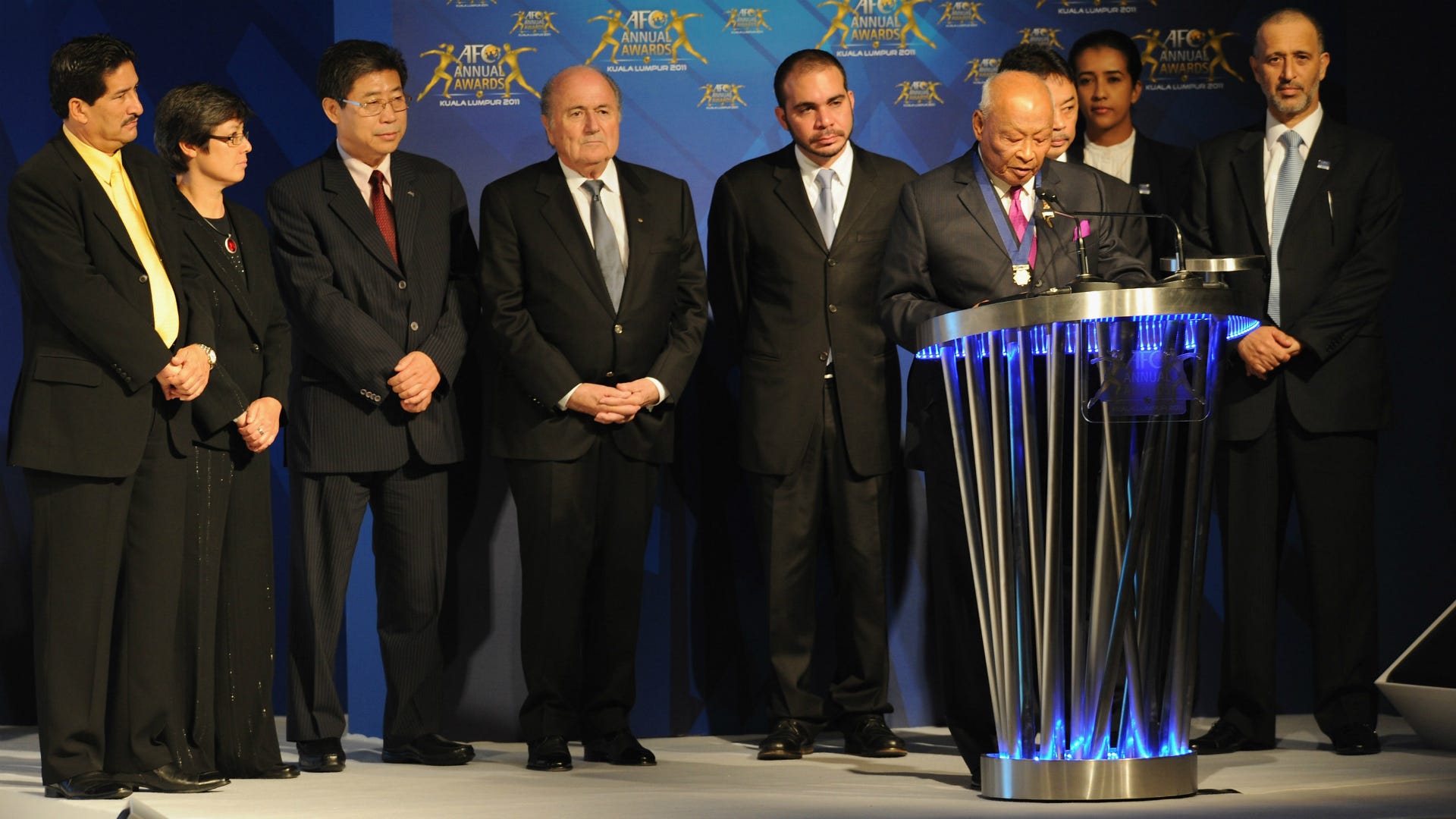 The programme is run by the country's Ministry of Youth and Sports with the cooperation of FAM, having been launched officially by then Prime Minister Dato’ Seri Najib Razak on 10 April 2014.

The ministry reportedly spent a total of RM165 million (around USD40 million) of the taxpayers' money, with half of it going to its elite unit, the Mokhtar Dahari Football Academy (AMD) in Gambang, Pahang. In 2019, the programme reportedly received a budget of RM15 million from the federal government.

The programme seeks to train primary school-age (7-12) children across the nation weekly in its Akademi Tunas , and the trainees will then graduate to its District Training Centres (PLD) when they reach secondary school age (13-17). At this age, those who display potential will be funneled to state sports schools and federal sports schools, but the cream of the crop will earn a spot at AMD. AMD trainees meanwhile have been selected to represent Malaysia in age-level regional and continental competitions.

At its inception, 45 Akademi Tunas were established all over Malaysia, as well as 62 PLDs, employing 1,025 fulltime and parttime coaches.

On top of this, the ministry also began organising the Supermokh Cup in 2014, an annual invitational tournament that saw the participation of world top clubs' junior teams such as Arsenal, PSG, Kashima Antlers and Qatar's Aspire Academy. AMD teams too compete in it.

Khairy Jamaluddin - Although NFDP did not begin under his tenure as the Minister of Youth and Sports (2013- 2018), he was instrumental in executing the plans, bringing in sponsors and hiring its key personnel. 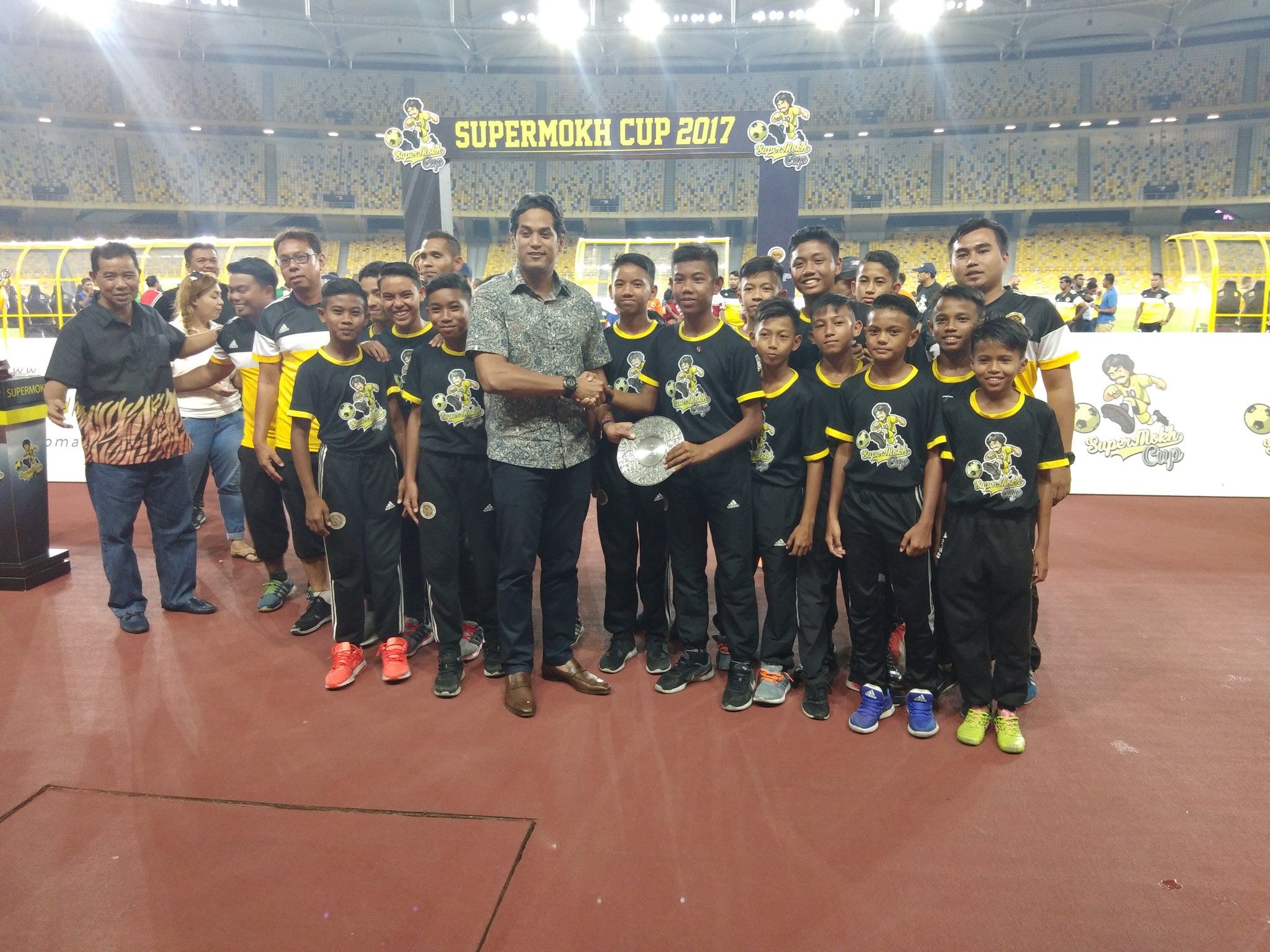 Khairy and AMD trainees in 2017. Photo from NFDP Twitter

Lim Teong Kim - The former Malaysia international who then made his name as a youth coach at German giants Bayern Munich was hired by Khairy, first as NFDP project director in 2013, then as AMD director as well beginning in 2016. But the combination of his failure to take Malaysia U-16 (comprising his AMD trainees) to the U-17 World Cup and his exorbitant tax-exempt salary (RM175,000 per month) saw his contract not extended beyond 2019.

Safirul Abu Bakar - The sports consultant was brought onboard as NFDP CEO and Khairy's right-hand man at the programme, overseeing the programme and AMD's operations. He departed the post in September 2018 following Malaysia U-16's failure to qualify for the junior World Cup, as well as the end of Khairy's tenure as minister. He is currently involved with Super League side Selangor, where he utilised his good relationship with the first batch of AMD graduates to sign them to the club's reserve team for the 2020 season.

Dennis Bekking - The Dutchman with the experience as FC Twente academy director and a master's degree in sports leadership was appointed as AMD director beginning in December 2019.

With the departure of Khairy following a 2018 change of the federal government, a lot more scrutiny was placed on NFDP by his replacement Syed Saddiq, who was a little too eager to point out flaws in the running of the programme. Ultimately, the government coalition Saddiq was a member of did not make sports and football its priority, resulting in the reduced attention on NFDP. For example,

Interestingly, just in March this year, Saddiq's coalition was toppled by a new coalition formed partly by the pre-2018 governing party. Khairy returned to the cabinet, but this time as the Minister of Science, Technology and Innovation.

In the meantime, the first AMD batch graduated at the end of 2019. According to Safirul, 28 of them were signed by Selangor while six joined Malaysian giants JDT. AMD poster boy Luqman Hakim earned a contract at top Belgian side K.V. Kortrijk, but due to the ongoing Covid-19 pandemic, could not travel abroad and had to join the Red Giants as well. However, according to a club insider, all the AMD graduates that they signed have a clause in their contracts that will allow them to leave in the first year, if the players receive an offer from overseas.