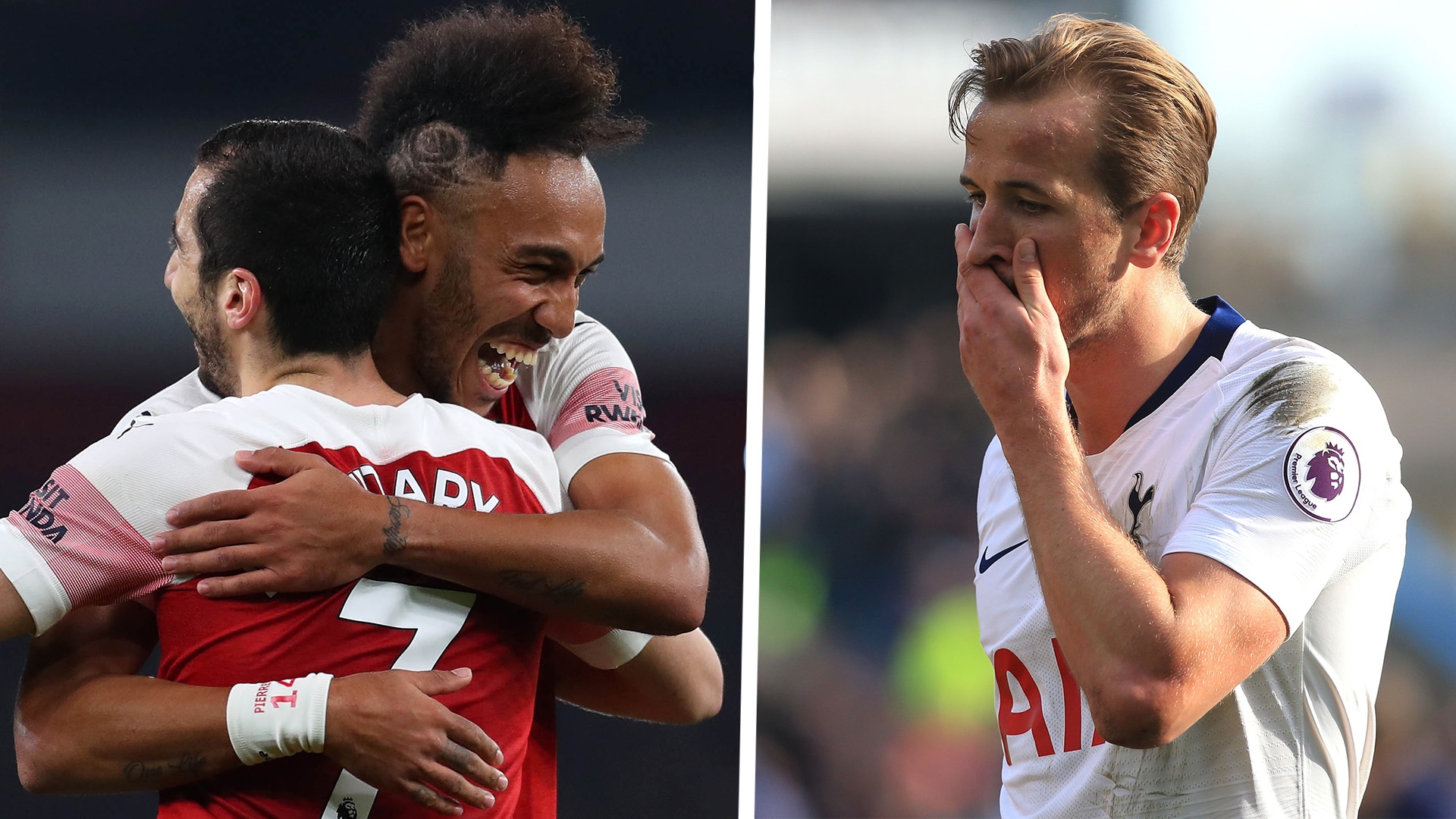 When it comes to the rivalry between Arsenal and Tottenham it's fair to say that Gunners have had more to shout about.

With 13 league titles and 14 FA Cups Arsenal's trophy cabinet requires a lot more polish than that of Spurs, who have eight FA Cup wins to their name and last won England's top prize in 1961.

And, even though Spurs boast a greater number of continental trophies, Arsenal have been much more of a fixture in the likes of the Champions League and Europa League.

Winning more trophies than Tottenham isn't the only concern for Arsenal fans each season though. These days there is a day of celebration which doesn't even involve silverware.

It's called St Totteringham's Day. If you're not sure what that is don't worry - Goal brings you everything you need to know.

What is St Totteringham's Day?

St Totteringham's Day is the name given to the day on which it becomes mathematically impossible for Tottenham to finish above Arsenal in the Premier League.

It is a time of celebration for Arsenal fans, who find themselves in a position to gloat about the superiority of their team as officially confirmed by composition of the league table.

The concept is believed to have been born in 2002, when it appeared on the Arsenal fan website 'Arseweb', but it did not become mainstream until 2010. Since then, St Totteringham's Day has been a common feature in discussions related to the north London derby.

It might come as a disappointment to some to learn that there is no such saint as St Totteringham. The name of the unofficial 'holiday' is a portmanteau of Tottenham and the adjective 'tottering', which Merriam-Webster defines as "being in an unstable condition".

When is St Totteringham's Day?

Given the nature of the celebration the date of St Totteringham's Day changes each year and (whisper it if you're an Arsenal fan) sometimes doesn't occur at all. When it does happen the date tends to fall in March, April or May.

During the tenure of Arsene Wenger as Arsenal boss it became something of an inevitability and Gunners fans were able to celebrate finishing ahead of Spurs for a remarkable uninterrupted period of 21 years. Gunners supporters even began singing a song created to bask in their dominance, known as 'It's Happened Again', which goes: "It's happened again / It's happened again / Tottenham Hotspur, it's happened again."

However, the tide has been turning since the final years of Wenger's reign and Tottenham ensured that the holiday was cancelled in the 2016-17 season, doing so in emphatic fashion by beating the Gunners 2-0 at White Hart Lane. There was no St Totteringham's Day in 2017-18 either as Spurs finished third, a massive 14 points ahead of Arsenal, who ended the campaign in sixth place.

Nor was there a St Totteringham's Day in 2019-20, when Spurs finished sixth, three points ahead of the Gunners.

One of the most memorable St Totteringham's Days for Arsenal fans came in the 2015-16 season when Wenger's side leapfrogged Spurs on the final day of the season. Mauricio Pochettino's side needed only to avoid defeat against already-relegated Newcastle United in order to finish the season ahead of their rivals, but astonishingly lost 5-1 while the Gunners beat Aston Villa 4-0.

The earliest St Totteringham's Day happened on March 9, 2008 when Arsenal completed the feat with nine games remaining. They actually did it with 10 games to spare in during the year of The Invincibles, but the date itself was March 13, 2004 - four days later than in 2008.

The 2012-13 season saw the latest ever St Totteringham's Day with the Gunners finishing ahead of Spurs in the final game of the season on May 19.

Do Spurs have a St Totteringham's Day equivalent?

There does not appear to be an accepted Tottenham equivalent to Arsenal's St Totteringham's Day, though Spurs fans undoubtedly take some pleasure in finishing above their fiercest rivals in the league.

When Tottenham 'cancelled' St Totteringham's Day in 2017, the Telegraph indicated that the name "St Arse's Day" had been mooted as a possible name for an equivalent unofficial feast day. However, that doesn't seem to have caught on. St Hotspur Day - the name given to the day when Tottenham defeat Arsenal in the 1991 FA Cup semi-final - could arguably be considered an equivalent to St Totteringham's Day.

Part of the reason St Totteringham's Day became a thing was Arsenal's dominance during the late 1990s into the 2010s when Gunners fans became accustomed to finishing ahead of Spurs. The white half of north London has overtaken the red in recent years though and, if they can maintain that in the coming years, perhaps a new holiday will emerge.