How apt that after all the talk of power shifts, Tottenham comprehensively defeated arch-rivals Arsenal in Arsene Wenger’s 50th north London derby to confirm that the tide has officially turned in the battle for supremacy between these two great rivals.

Mauricio Pochettino’s men fully deserved the three points and would have scored more than two unanswered goals were it not for the excellent goalkeeping of Petr Cech, who made nine saves during the match. By comparison, Hugo Lloris was called upon just four times.

The main accusation made against Wenger this season is that his team have capitulated in the games against top six sides. The 3-1 losses to Chelsea and Arsenal, as well as the 2-1 defeat to Manchester City, were all results that reinforced the notion that Arsenal can no longer challenge the big boys. The table now proves it too.

Even more gallingly for Gunners fans, the standings also now show that Spurs are a far superior side. They are fifth, a whopping 17 points behind Tottenham. For the first time since Wenger arrived in north London in 1996, Arsenal will finish below their second-placed north London neighbours. 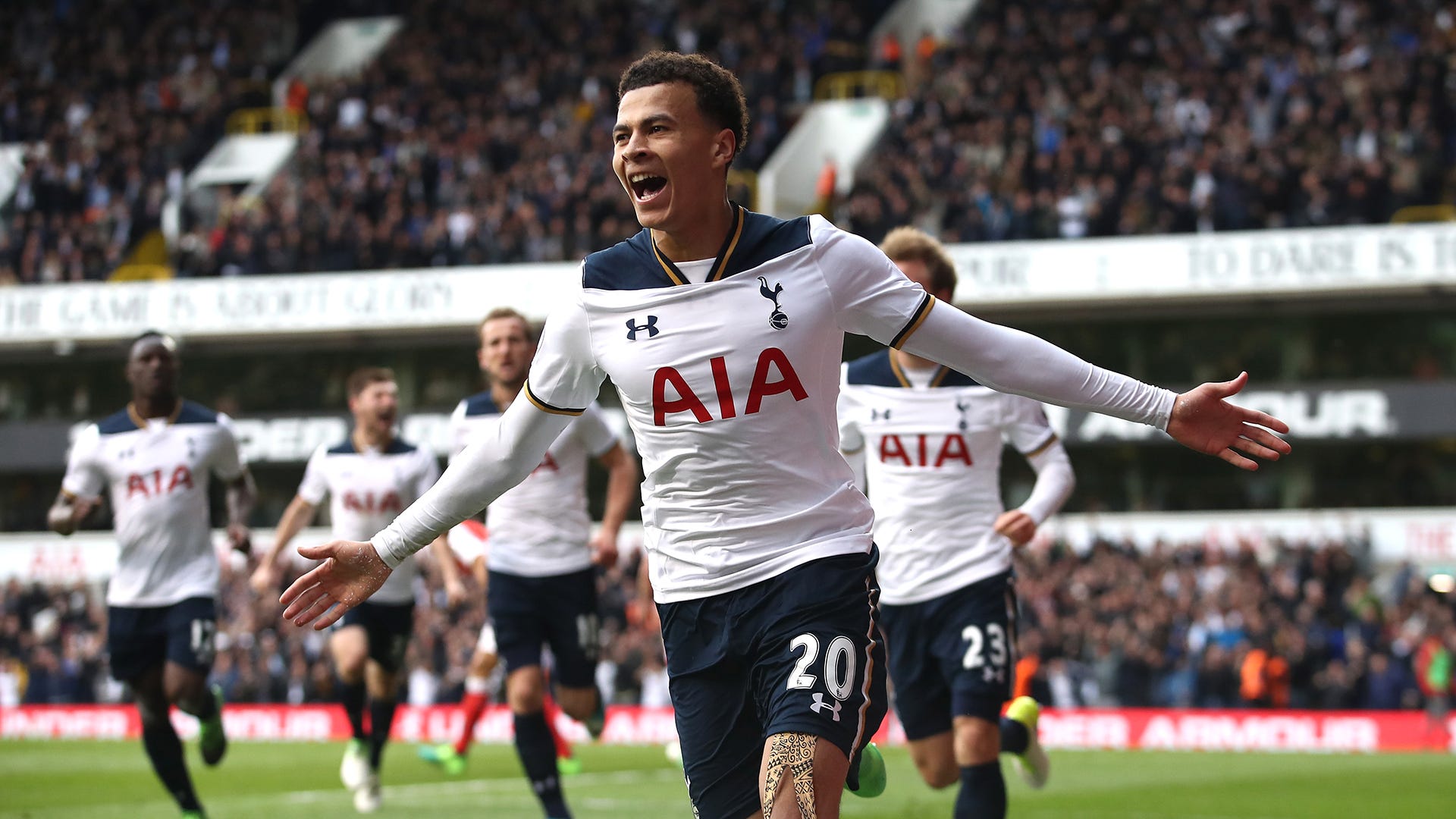 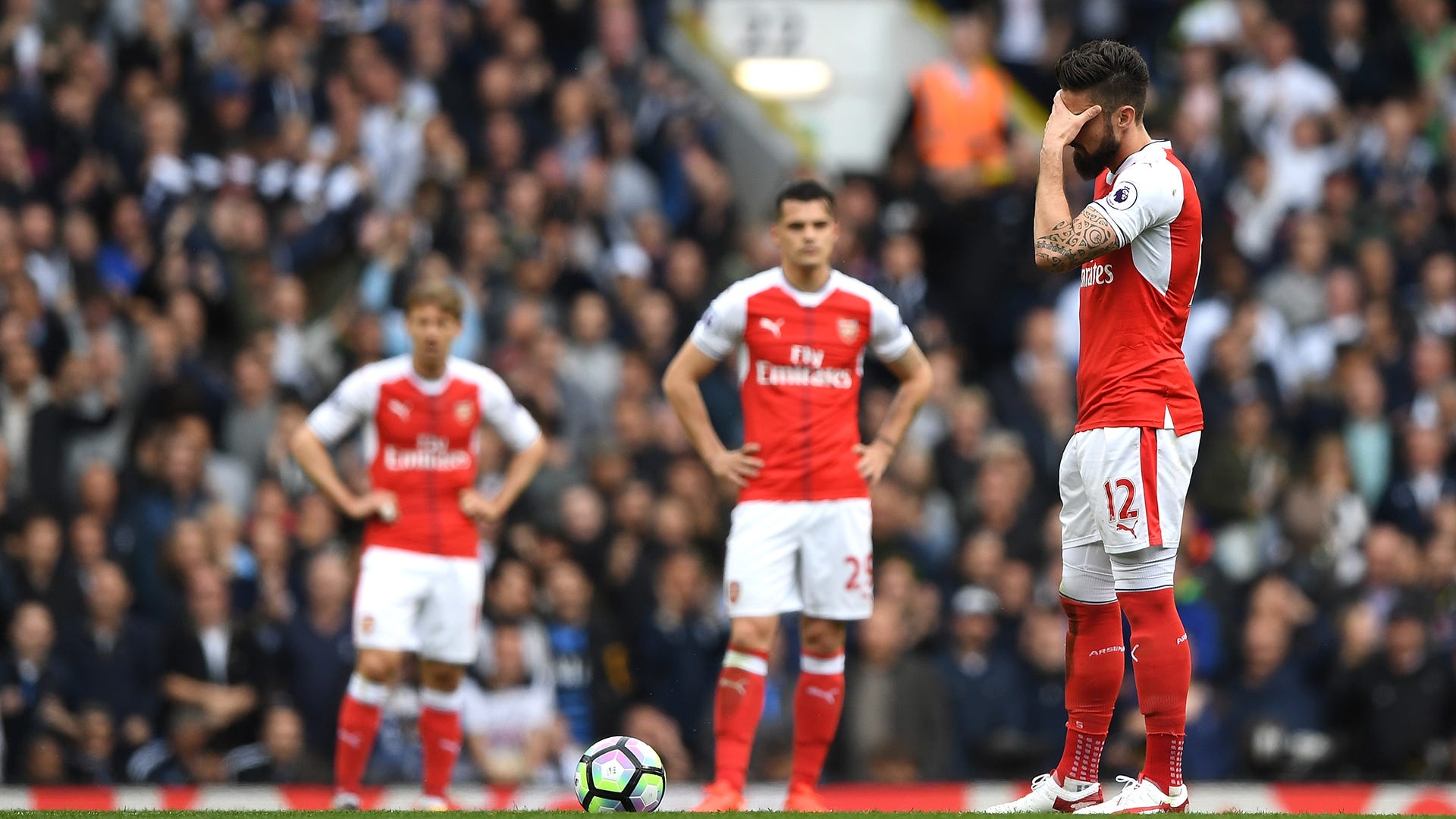 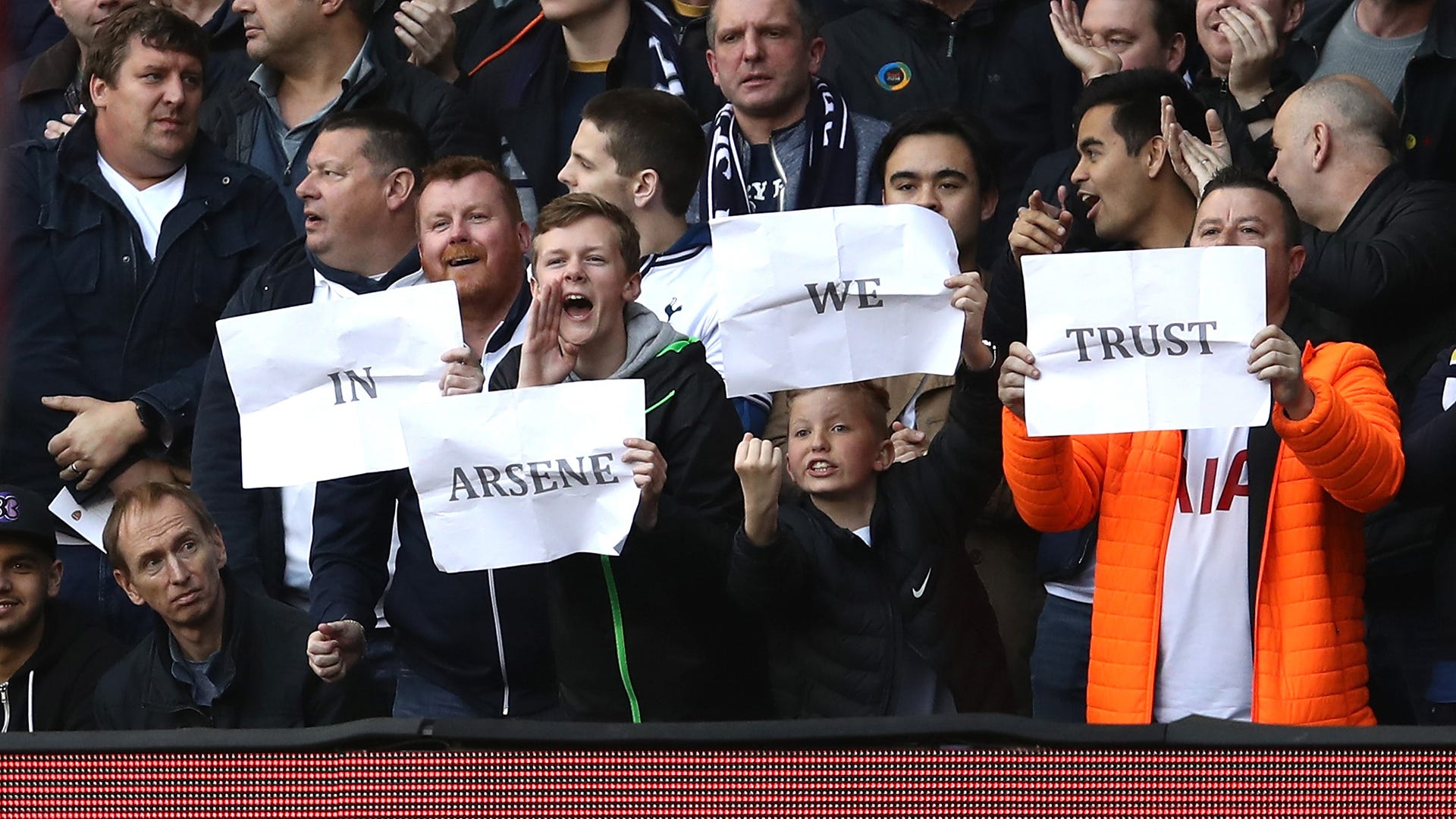 "Well done to them," Wenger magnanimously stated afterwards, "but when you start the championship the target is not to finish above Spurs; it is to fight for the title. In 20 years, it happened once. Mathematically, it has to happen once.

The sad truth of the matter, though, is that Tottenham are now exactly where Arsenal used to be: fighting for the title playing a thrilling brand of attacking football.

This fixture always threatened to illustrate the stark contrast in effectiveness and enthusiasm between these two sides - and their respective supporters, for that matter - and it did just that.

During a frenzied opening, both Dele Alli and Christian Eriksen missed glorious opportunities to give the home side what would have been a deserved lead in the final north London derby at White Hart Lane.

However, Spurs fans need not have worried about their side shooting themselves in the foot in familiar fashion. They are now better than that and got the goal their vigorous display merited when Alli bundled the ball home after Cech had denied the excellent Eriksen. 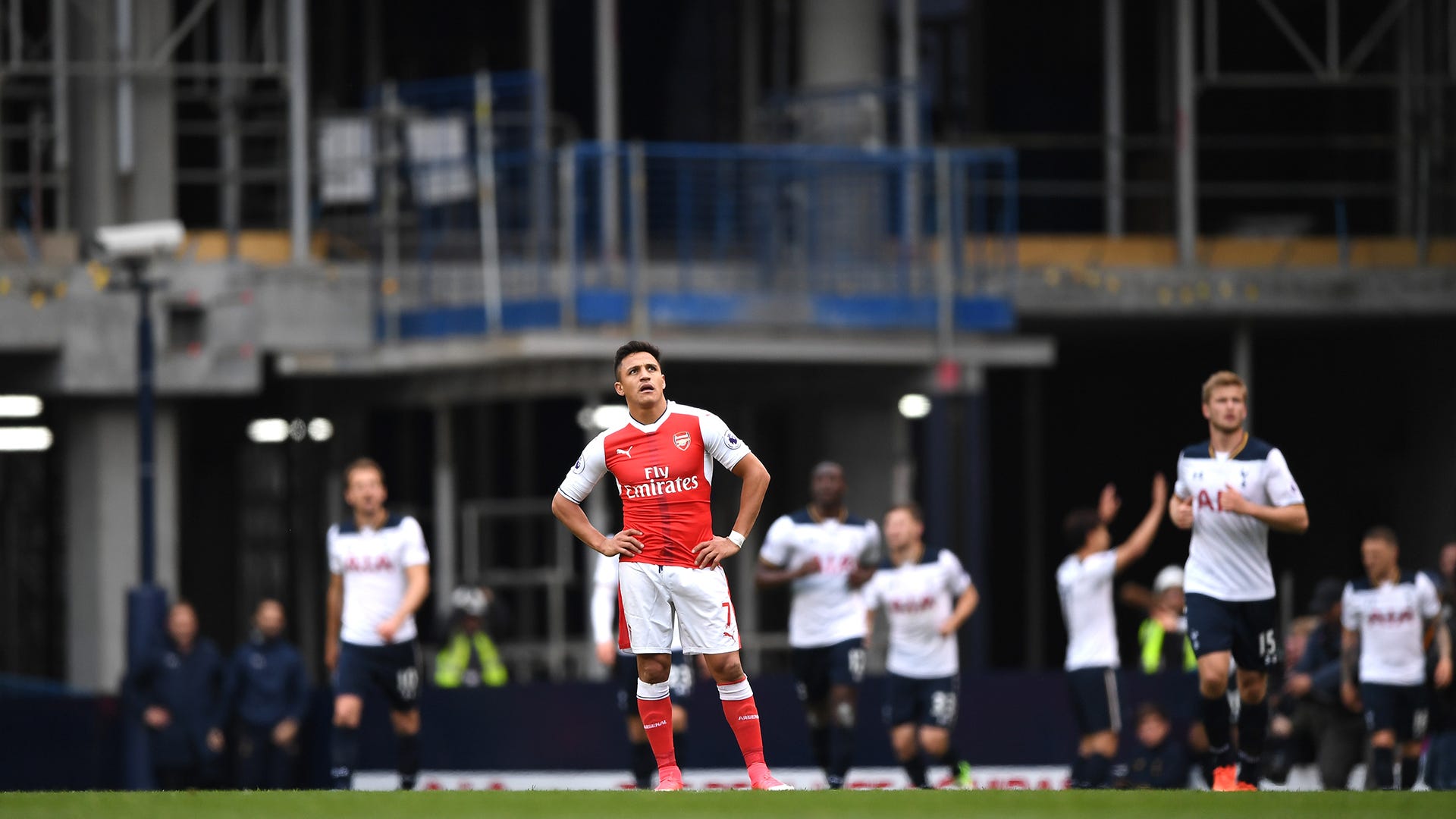 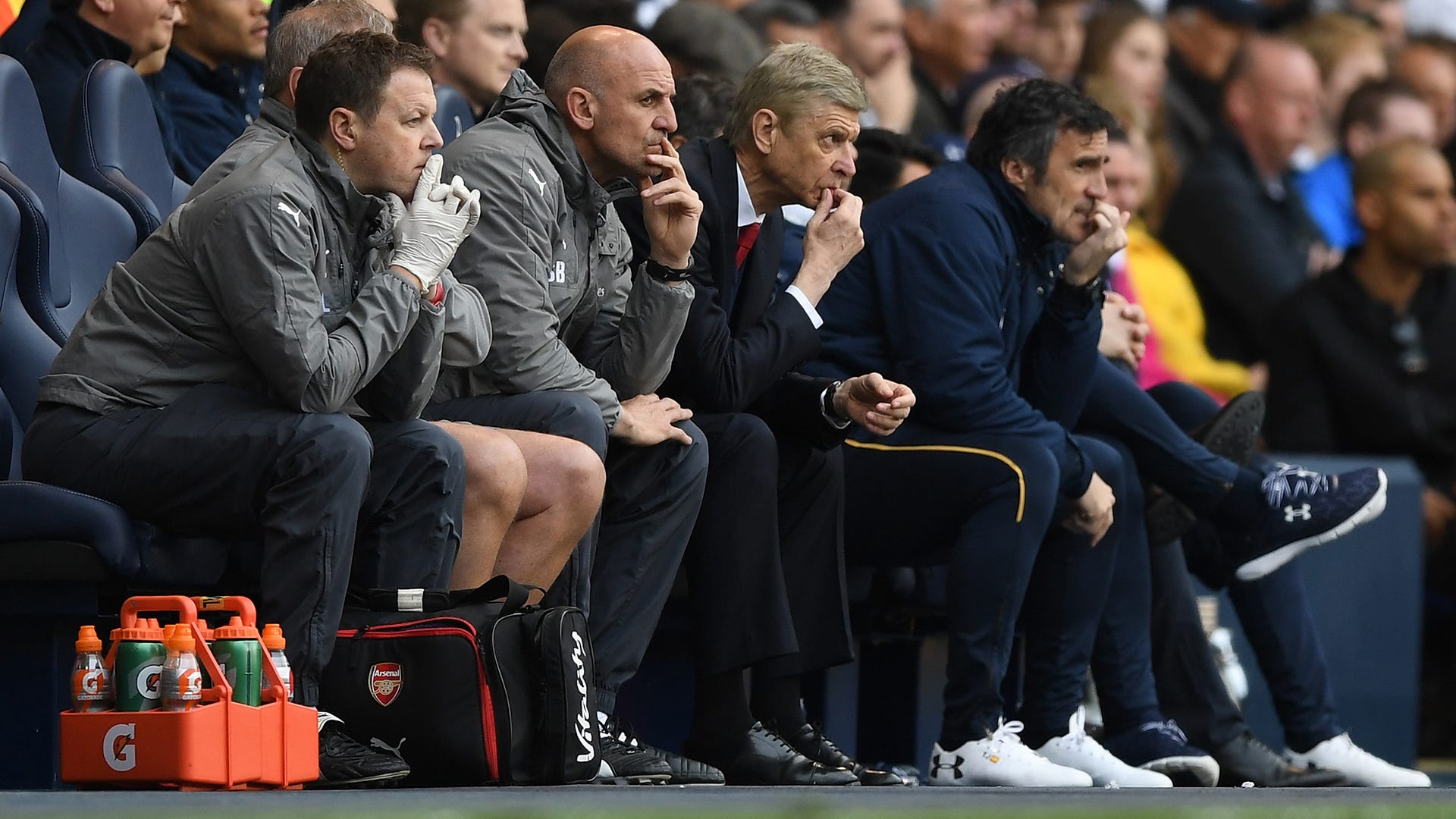 Arsenal then did what they have done so often this season and completely switched off, with Harry Kane doubling Tottenham's advantage just 146 seconds later from the penalty spot, effectively ending Arsenal's hopes of a top-four finish in the process.

Indeed, with tricky games against Manchester United, Stoke and Everton still to come, Arsenal will do well to finish fifth.

Spurs close in on record run

Of course Wenger will still be dreaming of finishing the season on a high but, while an FA Cup victory is still a possibility, it’s worth remembering that Chelsea, the likely Premier League champions, await the Gunners at Wembley next month.

Furthermore, even a trophy would do little to convince an already hostile group of fans that Wenger is the right man to get Arsenal back on the same level as Tottenham, let alone Chelsea.

St. Totteringham's Day has already been cancelled. Wenger's new contract offer should be too.