Liverpool defender Virgil van Dijk has hit out at Harry Kane and Erik Lamela for "diving" after Tottenham snatched a draw at the death against Liverpool on Sunday.

Kane scored a penalty in the 95th minute to give Spurs a point and score his 100th Premier League goal , having missed from the spot just minutes before. The initial penalty came after Kane went down under the challenge of goalkeeper Loris Karius, but replays appeared to show that contact was minimal. Karius saved the kick.

The second decision was made by the linesman, after referee Jon Moss had initially waved Spurs protests away, following a challenge from Van Dijk on Lamela.

The Netherlands international, however, has slammed Kane, who also seemed to be offside in the build-up to the first penalty, for going down too easily, while protesting his innocence regarding the challenge on Lamela.

The breathless final 10 minutes saw Liverpool, leading 1-0 from a Mohamed Salah strike, lose the lead thanks to a brilliant Victor Wanyama goal, only to regain it in the first minute of injury time, Salah weaving through the Spurs defence to score, and then lose it once more due to Kane's penalty.

“There is a lot of discussion about whether it is offside, yes or no, but I think it was offside as well. I thought it was a dive. You could just see him making that dive. That is my opinion and the referee thought it was no offside and no dive and he gave a pen.

“There were loads of things going on. I think the first goal was offside and then (for the second one) it is a decision the ref already made and the ref is closer than the linesman. Unlucky I think. I thought it was a bit harsh.

“I see him coming in the end and I try and hold my leg in, he just pulled his body in front of the ball and he goes down. The ref said play on and I was very disappointed that the linesman said otherwise.

“First of all it was offside and secondly he just put his body in front of me. I don’t think that is a penalty and the same with the first one. That is also clearly not a penalty.”

Jurgen Klopp was furious in the post-match press conference, though he insisted that he had better hold his tongue for fear of being disciplined by the Football Association. 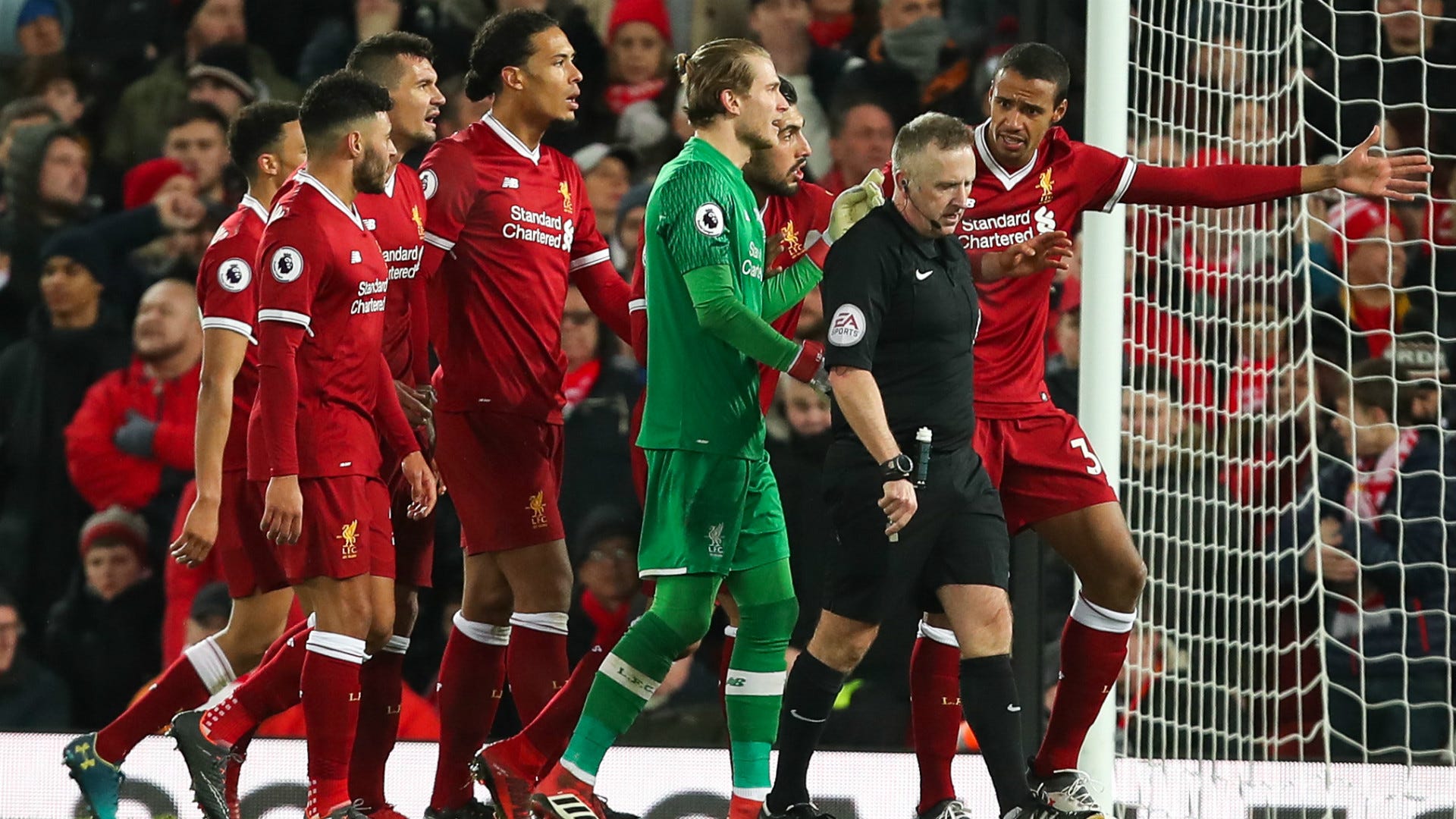 "It was a very intense game. There were a lot of kicks not given and then the softest kick earns a penalty," Klopp said.

"I heard Lamela was offside as well and runs into Van Dijk. He was already on the way down. The referee was saying play on and the linesman decided otherwise. For the first penalty, Kane was offside. My defence put him offside, it was good defending.

"I am angry but obviously I cannot change it now. What is my job now? To create headlines? If I say what I think I would get the biggest fine in world football!

"In the 93rd minute you whistle a penalty when you are 100 per cent sure. If it is clear that the opposite side wants to go down, then cool down. We have to accept it. We cannot change it.

"The linesman was sure. I cannot blame Jon Moss. If someone tells you they are sure you believe them."

Mauricio Pochettino, meanwhile, claimed that Liverpool were "lucky" to escape with a point, while he also praised the refereeing.

"Sometimes we complain about them - I don't - as I decided a long time ago to stop complaining. It's important to recognise when they are right because it's a very difficult job for them," he told Sky Sports .

"If Dejan Lovren doesn't touch the ball, he's offside, but it's clear that he touched the ball, so he's onside. The second one is a clear foul by Virgil van Dijk - it's an amazing decision as the referee and the assistant are so focused. I have to congratulate them as it's a very difficult decision."