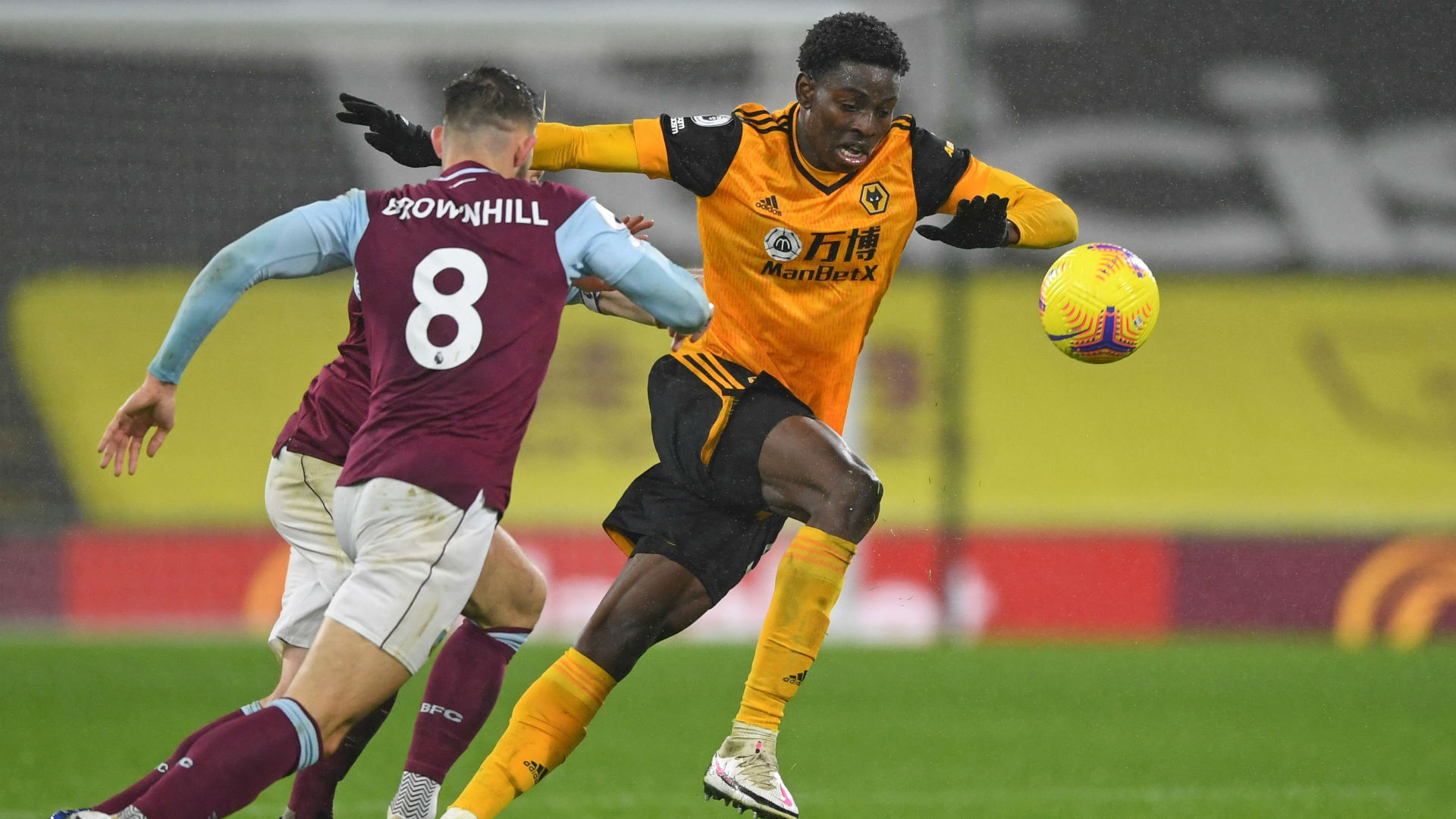 The 20-year-old, who has won a single senior cap for United States, has departed England for Belgium on a permanent deal

Otasowie, who has one senior cap for the USMNT, has joined up with the champions of Belgium after struggling for regular first-team minutes at Molineux.

The 20-year-old made his Premier League debut in December 2020 and went on to make six league appearances for Wolves, but has been sold by new manager Bruno Lage.

Club Brugge, who claimed the Belgian First Division A title last season, confirmed that Otasowie has signed a four-year contract until the summer of 2025.

Otasowie, who joined Wolves' academy in 2017 having previously been on the books of West Ham, was revealed in a video which showed images from New York - his home town - and Wolverhampton, as well as the Belgian city, before revealing he has been given the No.8 shirt, having donned No.54 for Wolves.

Wolves technical director Scott Sellars told his club's website: “This is a fantastic opportunity for Owen to further his career. Our academy brought a boy from London at 15 and really developed him to become a full international and play in the Premier League, which shows the great work being done here.

“Our job is to develop players to fulfil their potential. If it’s to play in our first team then great, but it is obviously very difficult to make the grade in the Premier League, so if it means we’ll develop them and sell them, that is an important part of our strategy as well.

“In this case we have worked hard to develop Owen as a player and a person, and we have turned a young prospect into a multi-million pound player, and that will only benefit the Wolves academy and our other young players coming through."

Otasowie made his professional debut in December 2019, in a Europa League clash between Wolves and Besiktas.

The midfielder was handed his full Premier League debut in Wolves’ victory over Chelsea on December 15 last year, coming on as a half-time substitute in place of Leander Dendoncker. He made his first start six days later in a 2-1 league defeat against Burnley.

Born in the United States to Nigerian parents, the youngster began his youth career at Mass Elite Academy, before teaming up with West Ham and then Wolves.

Otasowie received his first call up to the USMNT for games against Wales and Panama in November 2020, and made his international bow in the 0-0 draw with the Welsh, coming on as an 87th minute sub.