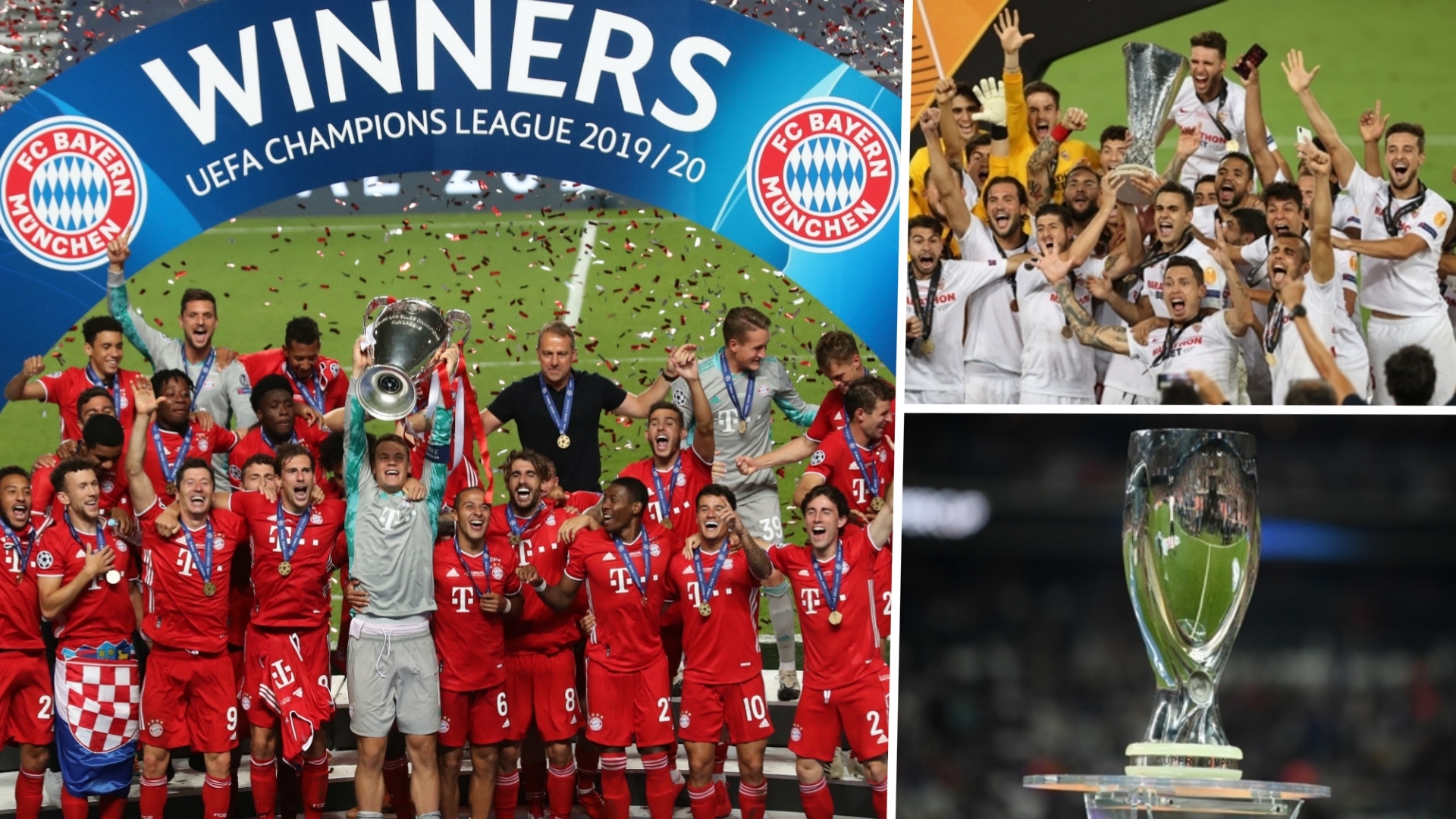 UEFA has announced that it will test the partial return of fans in next month's Super Cup final clash between Bayern Munich and Sevilla at the Puskas Arena in Budapest.

The 2019-20 campaign has only just been completed amid the coronavirus crisis, which caused a three-month delay across Europe's major leagues between March and June.

The number of Covid-19 cases on the continent eventually fell by enough for football to return behind closed doors, but supporters have been forced to stay away from stadiums in a bid to minimise the risks of further outbreaks.

However, the ban on fans attending matches has already been lifted in France, with up to 5,000 people per match allowed to watch their teams from the stands now that the new Ligue 1 campaign is officially underway.

The Premier League, Serie A, La Liga and Bundesliga have not yet outlined any similar plans, but UEFA is now preparing to welcome back supporters for the first major European fixture of the upcoming season.

Champions League winners Bayern, who beat Paris Saint-Germain 1-0 in Sunday's final , will take on Inter's conquerors in the Europe League showpiece, Sevilla, in the Super Cup final on September 24 in Budapest, with a small number of fans from both clubs set to be granted entry.

An official statement on UEFA's official website reads: "The UEFA Executive Committee today decided to allow the 2020 UEFA Super Cup to be played on 24 September 2020 in Budapest with a reduced number of spectators – up to 30 per cent of the capacity of the stadium - in order to study precisely the impact of spectators on the UEFA Return to Play Protocol.

🏟️ The 2020 UEFA Super Cup will be played in Budapest in front of spectators - up to 30% of the capacity of the stadium.

The decision was approved by the #UEFAExCo today.

"It was confirmed that all other UEFA matches shall continue to be played behind closed doors until further notice, as initially decided by the UEFA Executive Committee on 9 July 2020.

"The UEFA Administration will keep monitoring the situation and advise the UEFA Executive Committee if any change is required or recommended in respect of either the 2020 UEFA Super Cup and/or the decision that UEFA matches shall be played behind closed doors until further notice.

"These decisions follow the consultative meeting that UEFA held with its 55 member associations and where such matters were discussed on 19 August 2020."

UEFA president Aleksander Ceferin added on the decision: “While it has been important to show that football can carry on in difficult times, without fans, the game has lost something of its character.

"We hope to use the UEFA Super Cup in Budapest as a pilot that will begin to see the return of fans to our matches.

“We are working closely with the Hungarian Federation and its government to implement measures to ensure the health of all those attending and participating in the game.

"We will not take risks with people’s safety.”