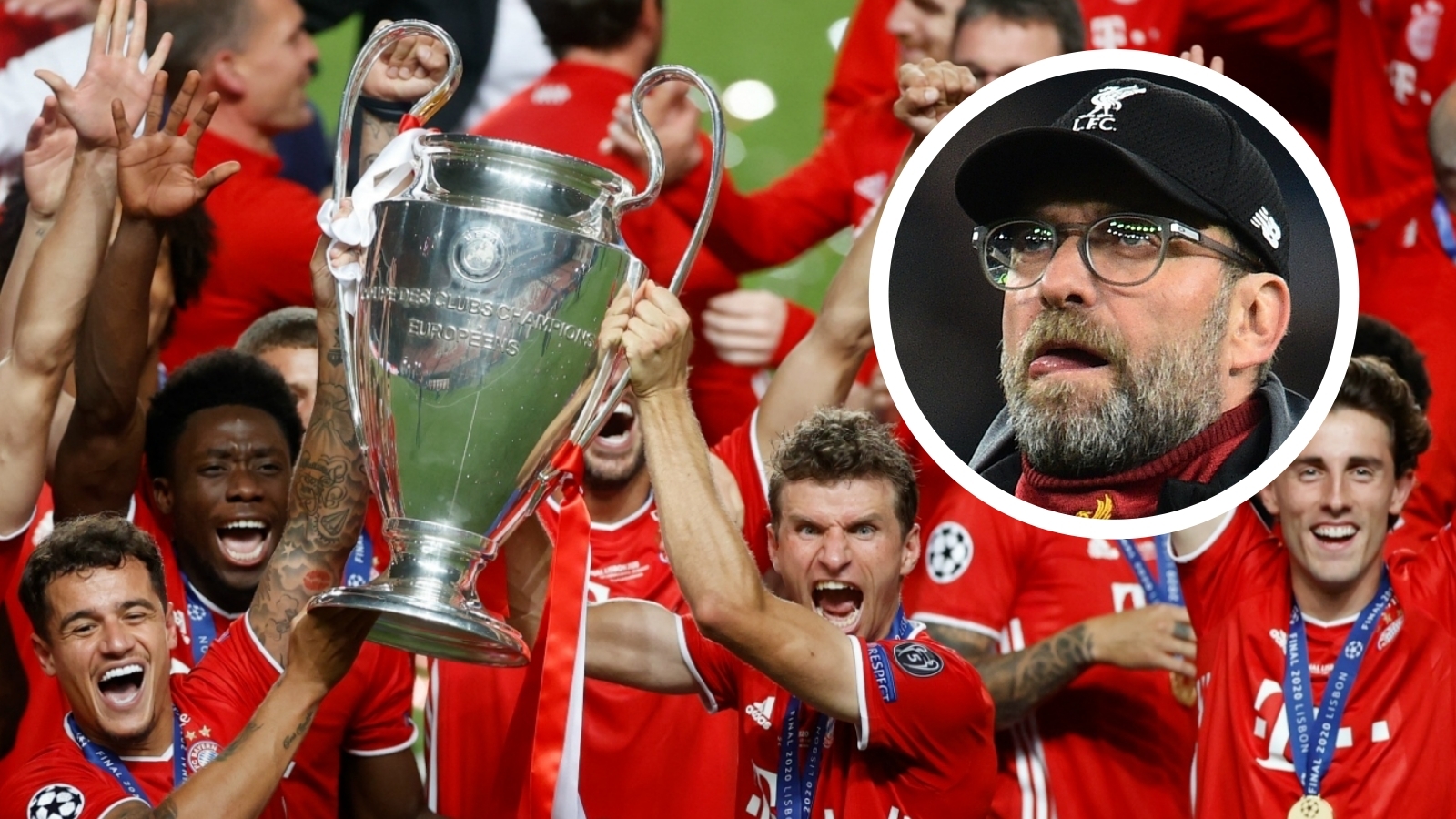 Jurgen Klopp says Bayern Munich boss Hansi Flick could hardly have achieved more in his short time at the club – but suggested the Bundesliga side were lucky to win the Champions League.

Bayern’s Champions League final win over Paris Saint-Germain was their 21st consecutive victory in all competitions, a stunning run which saw them clinch a historic treble.

Liverpool manager Klopp says Bayern's desire to win was marginally greater than their French opponents', but he also thinks they got a helping hand from the Bundesliga schedule.

"It is difficult to write more history in eight months," Klopp told ZDF of Flick.

"Hansi was lucky enough to have done such a good job as assistant coach to Niko Kovac that he was allowed to stay. And that worked quite well.

"Both finalists had an absolutely top team available. But Bayern wanted it more - although Paris wanted it very much. Paris really wanted it, you could see it.

"Bayern were lucky, but they didn't need much. And that's why they deserved to win. It would be nice if you could play the best game of the season in a final, it's just very unlikely."

The German top flight was the first of the top five European leagues to return from coronavirus suspension, meaning Bayern had more than a month between their DFB-Pokal final win over Bayer Leverkusen and their Champions League thrashing of Chelsea.

Reigning champions Liverpool were already out by the time the competition was suspended but, by way of comparison, Chelsea only had a week to prepare for their game with Bayern after losing the FA Cup final to Arsenal, even if Frank Lampard's side were already 3-0 down from the first leg of their last-16 tie.

Bayern Munich were 4th in the Bundesliga and had just been beaten 5-1 by Eintracht Frankfurt when Hansi Flick took over...

Despite what could be seen as a slight dig from the former Borussia Dortmund manager, Klopp was happy to admit that Bayern are "at the moment definitely one of the absolute, absolute top teams” in the world.

“[They are] sensationally well equipped,” he said. “They have absolute world-class players in every position, and all at the right age.”

They had just been beaten 5-1 by Kovac’s former side Eintracht Frankfurt and were fourth in the Bundesliga, but Flick oversaw a remarkable change in fortunes.

Initially appointed as caretaker manager, he was given the job on a permanent basis in April and will now be looking to kick on to even more success in 2020-21.

His extraordinarily dominant side will return to action in the new season bolstered by the arrival of Leroy Sane, with many suggesting that Bayern’s young squad could be ready to dominate Europe in the coming years.