Two captains, one legend: Why Arsenal giant Vieira could become a major problem for Arteta 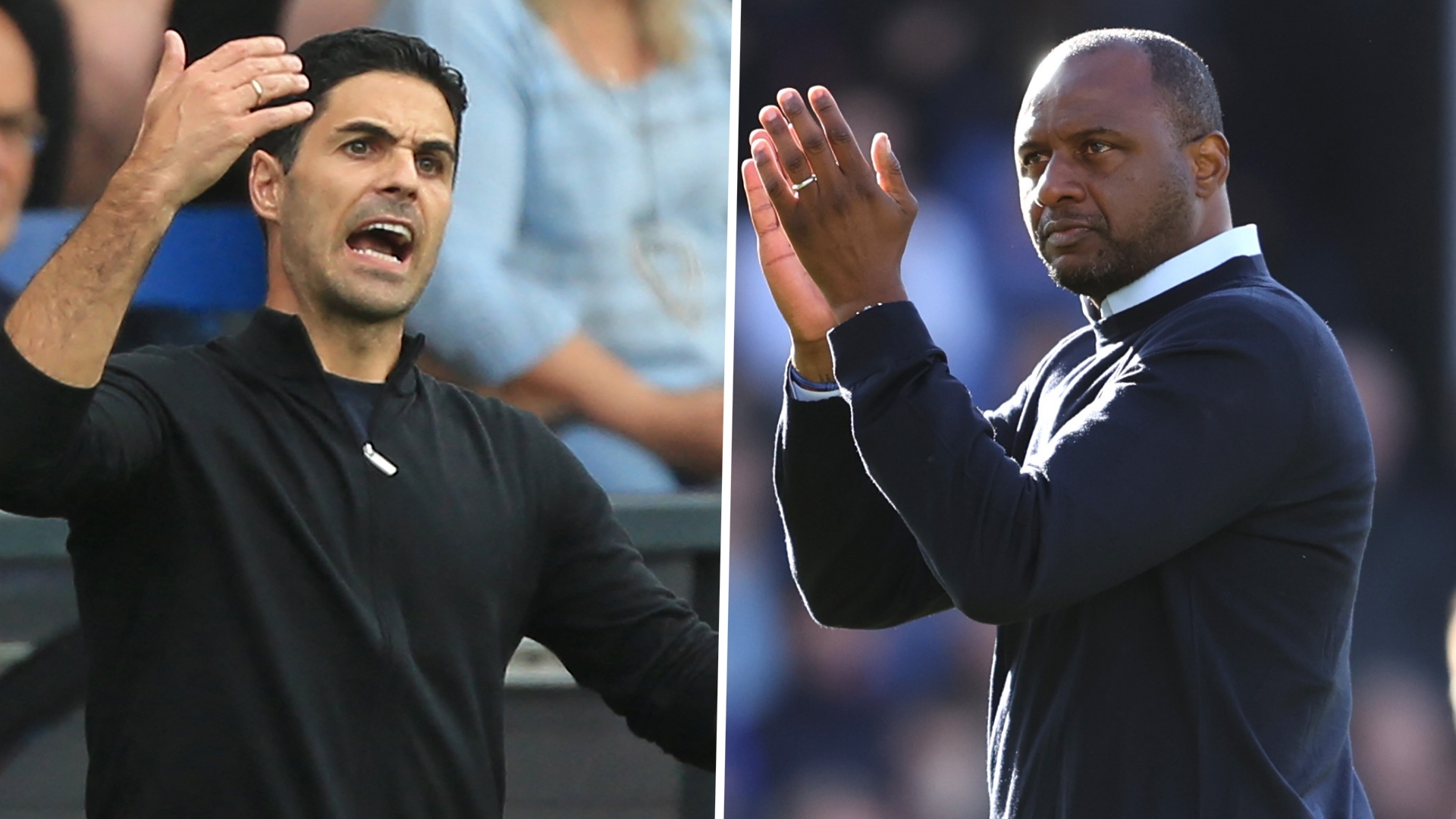 This was not the Arsenal fans sending a message to Mikel Arteta, even though he had just guided his side to three successive defeats that had left the Gunners bottom of the table.

It was merely the home fans celebrating the fact that - moments before kick-off - Vieria had just overseen his first ever Premier League win as a manager, hammering Tottenham 3-0 in the process.

But whilst this was far from a mutiny, it would not have gone unnoticed by Arteta that Arsenal fans were chanting the name of another top-flight boss as he stood in his technical area yards in front of them.

It was a clear sign of Vieira’s enduring popularity at Arsenal, and an indicator that the shadow cast by the legendary invincible could become increasingly uncomfortable for Arteta, depending on how the Gunners and Crystal Palace fare this season.

“I hope he gets the reception he deserves,” the Spaniard said, when asked about the prospect of Vieira bringing his Palace side to the Emirates on Monday.

But Arteta should not worry. The one thing that is guaranteed about the game is that Vieira will get the warmest of welcomes when he makes his way out of the tunnel.

“This is the club where I played my best football. So obviously going back there will be emotional, but I will put that on the side because what is important for us to perform well and get points.

“I was really pleased to be a part of a generation of players who made history for this football club, but the focus and concentration will be on how we can perform well and get that result we want.

“I think it’s just about controlling yourself as a manager, and controlling the emotion. I always try to do that, and I will do it again on Monday.”

Vieira and Arteta’s stories are similar in a way, but also very different.

Both were signed by Arsene Wenger to bring stability and quality to the Arsenal midfield, and both went on to become club captain.

But they played in vastly different eras.

While Arteta did manage to lift two FA Cups during his time as a player in north London, the Premier League title always eluded him.

Vieira, meanwhile, lifted three, as well as four FA Cups and was captain when Arsenal went through the entire 2003-04 season without losing a single league game.

It is for that reason that Arteta - just like other midfielders before and after him - have had to deal with the constant comparisons to Vieira. The French World Cup winner set the bar for how everyone else is now judged.

“Patrick was Patrick,” said Arteta. “There’s not going to be another one like him.”

From the moment Vieira came off the bench to make his Arsenal debut against Sheffield Wednesday in 1996, it was clear that he was something special.

Just a teenager at the time, he produced a debut performance that is still talked about today - 25 years after the event. And it was just a taster of what was to come.

He left nine years later having made 406 appearances and with seven major honours tucked away. The fact that he scored the penalty which won the FA Cup for Arsenal with his last ever kick for the club summed up his glittering stay in north London.

As does the fact he was chosen to be one of the 32 club legends to have their giant picture splashed on the outside walls that surround Emirates Stadium.

For all of his good work while he was a player at the club, Arteta could never dream of ranking among such greats.

“He is an Arsenal legend,” the Spaniard admitted. “Not only as a player but also what he transmitted as a person. He was a captain of the club in the most successful era.

“To have him back and recognise him in the right manner, I think it's really important, and I'm sure that that will be the case.”

For all his glowing praise, the fact remains that having Vieira back in the Premier League could prove to be uncomfortable for Arteta.

The 45-year-old has been in the mix for the manager’s job at Arsenal on each of the last two occasions that it was up for grabs, but on both occasions he was overlooked, with Unai Emery and then Arteta landing the role.

But his appeal - certainly to the fanbase - will never really wane.

And having finally landed his first Premier League appointment with Palace during the summer, Vieira is now in closer proximity than ever.

It was a big job to take following the departure of Roy Hodgson, but should Vieira impress, then there is no doubt that he will soon start to attract interest from those in the crowd at the Emirates, especially if Arteta struggles to turn around Arsenal’s underwhelming performances from the past two seasons.

It is highly likely that the famous Vieira chant will ring around the Emirates once again on Monday night when he makes his long awaited return.

One of Arteta’s biggest tasks will be trying to ensure that it is the last time that chant is heard at Arsenal this season.

If it isn’t, then the Spaniard could find himself in a uncomfortable position.