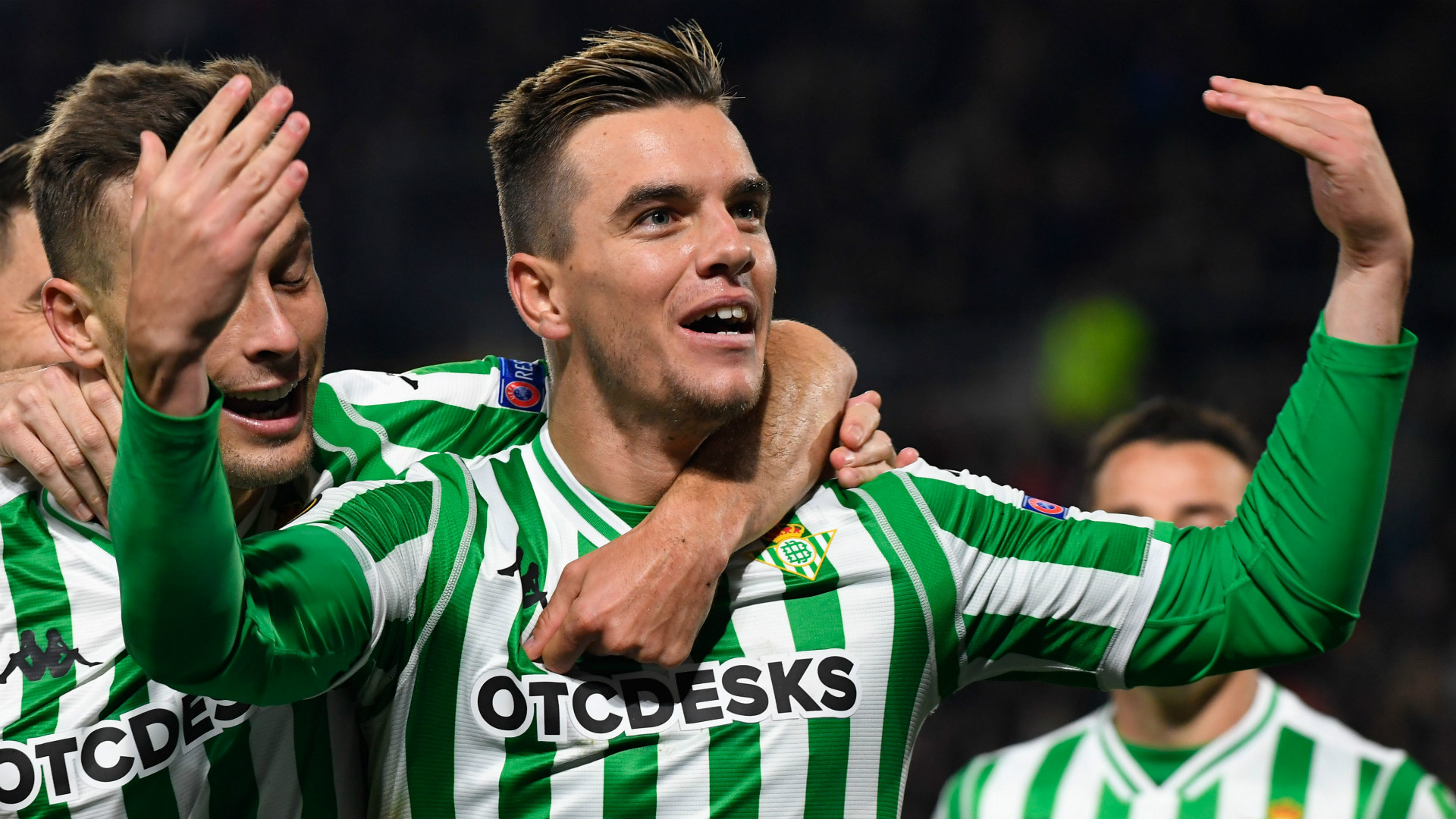 The Argentina international will head to the Premier League, though time is running for his compatriot Paulo Dybaal to join him in north London

Tottenham have reached a deal to sign Real Betis midfielder Giovani Lo Celso in a deal worth €60 million (£55.4m/$67.4m).

Goal can confirm that the Spanish outfit are set to announce the Argentina international's departure on Wednesday evening after a breakthrough was made in the negotiations between the two clubs.

Lo Celso, who was pulled out of Betis' squad for their friendly with Las Palmas on Wednesday, has been a target of Tottenham's all summer after his impressive loan spell from Paris Saint-Germain last season.

Betis took up the option to pay the €25m (£21.6m/$28.2m) clause to secure the 23-year-old's services at the end of the campaign, and are now set to more than double their money in the space of three months.

Lo Celso made a total of 45 appearances for the Spanish side during his loan spell, scoring 16 goals for the club as Betis finished 10th in La Liga.

Prior to his loan spell, Lo Celso had featured 54 times over three campaigns with PSG having joined from Rosario Central in 2016.

He was a key figure for the club throughout the 2017-18 season, making 48 of those 54 appearances as PSG won the domestic treble.

Lo Celso has also earned 18 caps for Argentina, having featured at the 2018 World Cup and this summer's Copa America as well as at the 2016 Summer Olympics.

The midfielder made six appearances for Argentina at the Copa America, starting four while providing a goal in a 2-0 win over Venezuela.

Pochettino's side continue to be linked with a series of other players as the transfer window for Premier League sides enters its final 24 hours.

Spurs had emerged as the most likely English club to sign Barcelona outcast Philippe Coutinho, though the Liga champions have demanded a loan fee of €30m for the Brazil international.

A €70m fee, meanwhile, was agreed with Juventus to sign Paulo Dybala (as revealed by Goal on Tuesday), though getting that one over the line is proving difficult.

Dybala's image rights, which are owned by external company 'Image Star', have proven to be a major stumbling block while the ex-Palermo attacker's salary demands could also see the deal collapse.

Talks are set to continue in London, but all parties face a race against time to get the transfer over the line before the 5pm BST (12pm ET) deadline on Thursday.

Things are looking more positive, though, when it comes to Ryan Sessegnon, with sources close to the deal confident it will go through on Thursday.

The Fulham teenager is set to move across London for a fee of £30m ($36.4m) plus Spurs midfielder Josh Onomah following a summer of negotiations.

The Frenchman made the move from Lyon this summer for a club-record £65 million ($79m) fee, becoming Spurs' first major first-team signing since bringing in Lucas Moura in January 2018.