The Spurs star will be lining up against the Gunners on Saturday, but things could have been very different if they'd have kept him on as a youngster

"Harry Kane, he's one of our own." These words, regularly chanted by the Tottenham support, are ones of genuine meaning. Spurs fans are truly proud of the player that Kane has developed into, against all odds, and have granted him hero status at the club. What makes the 24-year-old's success even sweeter for supporters, is that bitter rivals Arsenal allowed him to escape their clutches as a boy.

Kane has claimed consecutive Premier League Golden Boot awards and recently broke Alan Shearer's 22-year-old record for the highest number of top-flight goals scored in a calendar year, ending 2017 with a tally of 38. He is also now Tottenham's highest ever scorer in the Premier League, surpassing Teddy Sheringham's record of 97 goals.

The forward's path to the top has been far from usual, however.

Though Kane was a regular for Tottenham at Under-18 level, he struggled to build on his reputation across the Football League with uninspiring loan spells at Leyton Orient, Millwall, Norwich and Leicester over a three-year period.

A stunning breakthrough season at Spurs in 2014-15 would change his career forever, though, with 21 Premier League goals scored over a 34-game season, and another 10 goals in cup competitions. The remarkable return sparked back-to-back seasons as the top-tier's highest scorer in the years to follow, while he currently leads the 2017-18 rankings with 22 goals in 25 games.

Kane's acceleration to the top of European football is quite exceptional, yet it is his early beginnings which highlight the magnitude of his rise.

As quickly as Kane emerged as one of the finest forwards in English football, so too did stories of his Arsenal background.

Kane, to many, was no longer one of Spurs' own, but a source of mockery to those who had adored him prior to images being released of him donning an Arsenal strip during the club's title celebrations in 2003-04. The youngster was seen with dyed red hair, in tribute to Gunners legend Freddie Ljungberg, enjoying the aftermath of the enemy of his current club's 'Invincibles' season.

At the age of eight, Kane was handed a trial by both Arsenal and Tottenham and spent a year at the Gunners academy as a youth player.

The club would pass on the opportunity to offer him a long-term deal, as would Tottenham, before the latter returned years later to sign an 11-year-old Kane.

"Even back then, I had a chip on my shoulder. It might sound ridiculous - I was only eight when they let me go - but every time we played them, I thought: 'Alright, we'll see who's right and who's wrong.'

"Looking back on it now, it was probably the best thing that ever happened to me because it gave me a drive that wasn't there before."

Kane would go on to score both Tottenham goals on his first senior start against Arsenal, a 2-1 victory in November 2015. 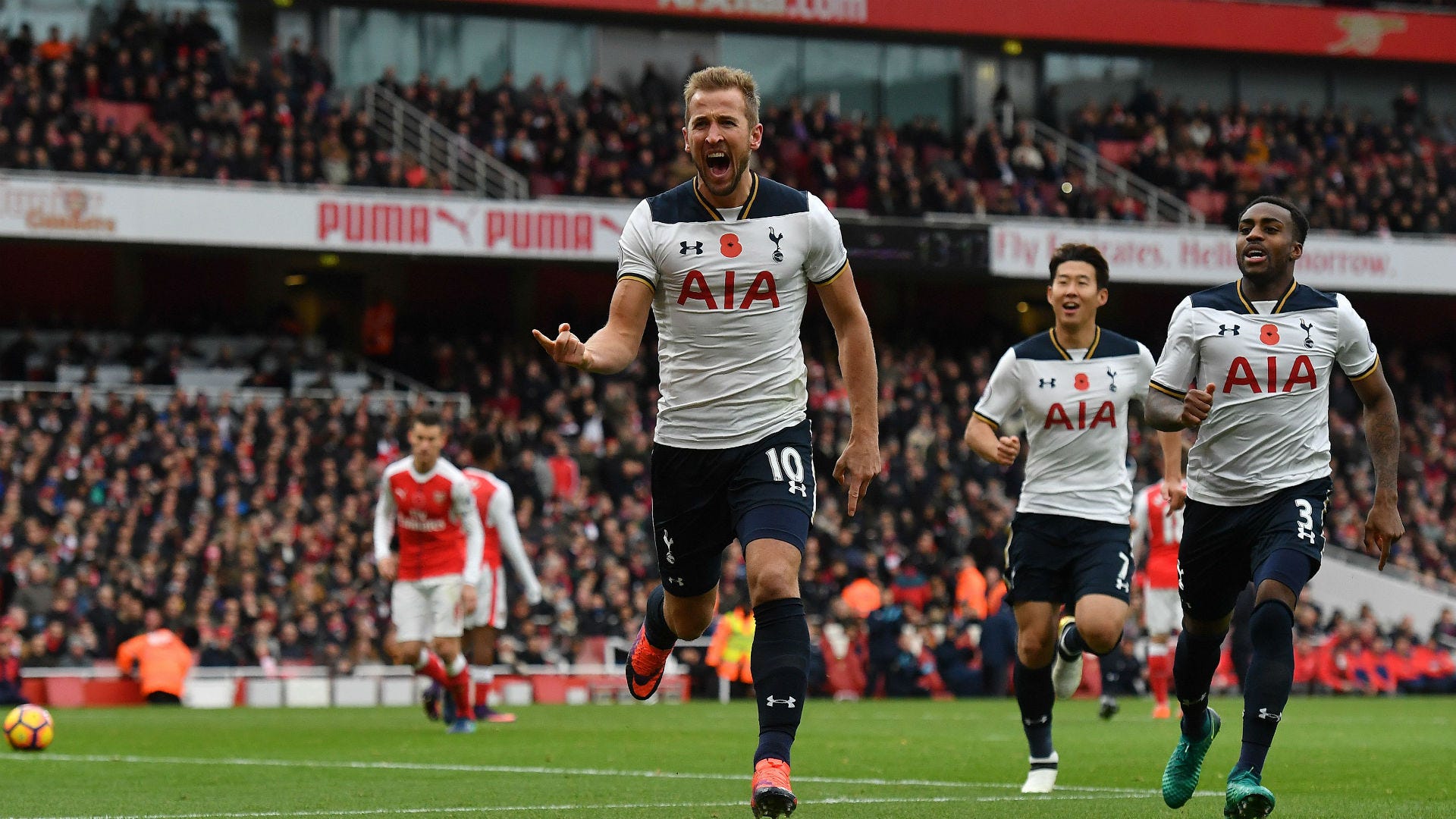 "When I was lacing my up boots I had a flashback to when I was 11, playing against Arsenal's youth team," he said.

"It was like deja vu. Before every match, I always visualise scenarios of exactly how I'll score in the match. I've always been that way. I get really detailed about it - I'll picture my opponents and the cut of the grass and everything.

"This time, I was picturing the defenders wearing the red Arsenal kit, and I got goosebumps.

"I scored two that day, and the winner in the 86th minute was something that I'd never even dream of visualising before a match. It was a header - probably the best header I've ever scored - and that feeling when it hit the back of the net... I've never felt a rush like that in my whole career.

"I remember walking round the pitch after the final whistle and clapping to the fans... and it felt like: 'Well - I told you so.'"

Kane added that it "wasn't just about Arsenal," saying: "It's a little deeper than that. It was about proving something to myself, and to my family - who believed in me every step of the way."

Harry Kane has scored six goals against Arsenal in the seven games he has played against them.