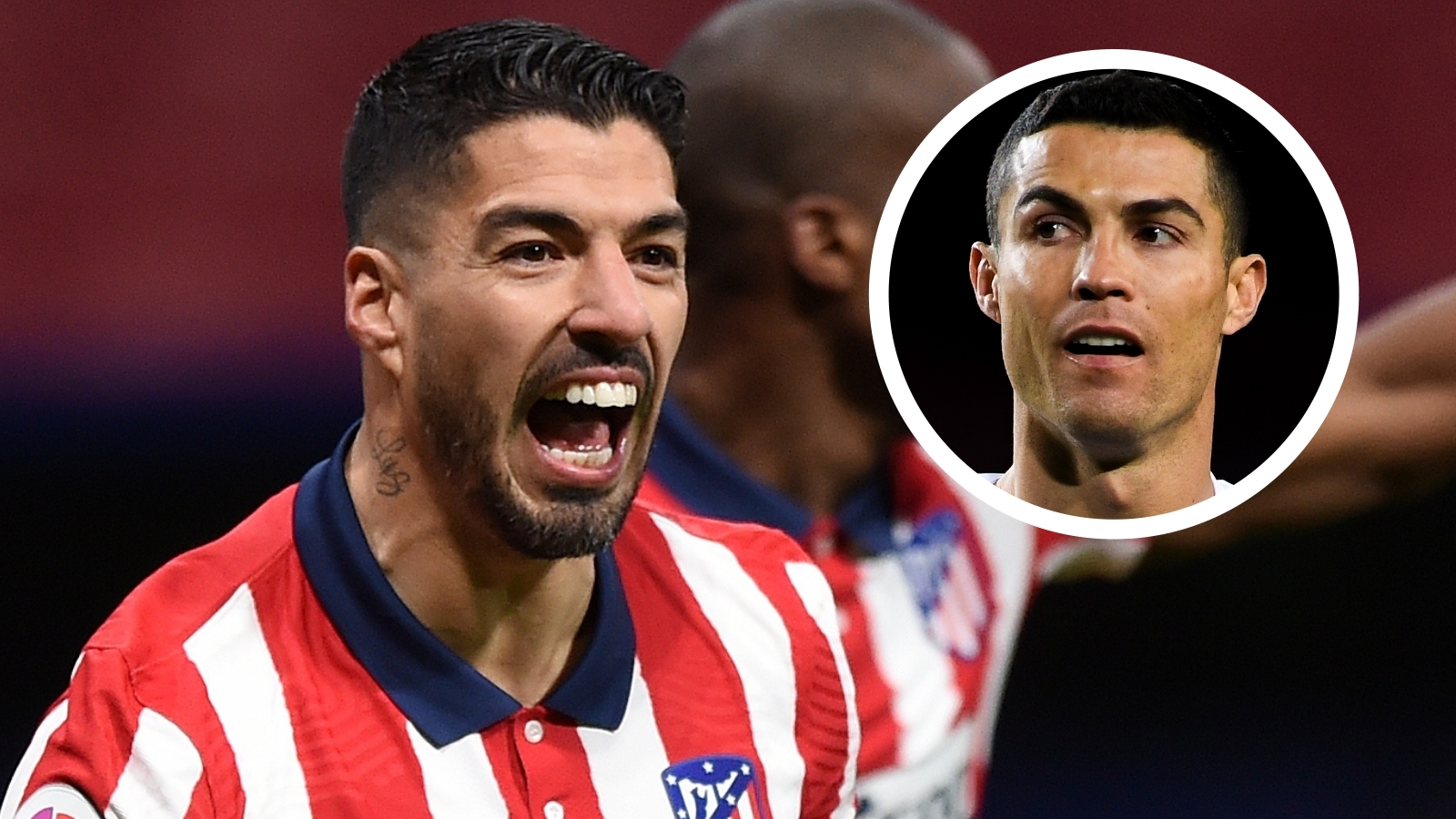 Luis Suarez's excellent start to life at Atletico Madrid continued on Monday night as he broke a record set by Cristiano Ronaldo with his goals against Celta.

The Uruguay international struck on the stroke of half-time at the Wanda Metropolitano to pull Atletico level with the visitors, who went ahead through a Santi Mina goal just 13 minutes into the match.

The 34-year-old struck again early in the second half to give the home team the lead and put them on course to extend their lead at the top of La Liga.

The goals take Suarez's goal tally for Diego Simeone's men up to 16 in just 17 La Liga appearances since making the switch from Barcelona last summer.

16 - Luis Suárez 🇺🇾 has scored 16 goals in his first 17 games for Atlético de Madrid in LaLiga, becoming the fastest player to reach 16 goals for the same club in the competition in the 21st century (Cristiano Ronaldo 🇵🇹 - 15 goals for Real Madrid in 2009/10). Amazing. pic.twitter.com/wHbLRFdA7P

The former Ajax and Liverpool star is the first player to score 16 goals in his first 17 games for a team in the Spanish top-flight in the 21st century.

The previous best of 15 goals in the same number of matches was set by Cristiano Ronaldo during his stunning start to his successful spell at Real Madrid from Manchester United in 2009.

A win for Atleti on Monday would put the capital club 10 points ahead of Barcelona and Real Madrid at the top of the table, though Simeone's team still have a game in hand.

Suarez has been pivotal in their impressive season so far. He leads the league goal chart, having scored three more than Barca sensation Lionel Messi.

The Camp Nou side's decision to let Suarez leave to join their domestic rivals has been ridiculed as a mistake by many, with his former team-mate Iago Aspas adding his voice to the list of critics  last week.

Atletico boss Simeone said last month that he knew the attacker would make a big impact in the Spanish capital after his first phone call with him before the move went through.

Meanwhile,  Ronald Koeman recently admitted that he would have preferred the forward had joined Ronaldo at Juventus instead of posing a threat to Barcelona's title hopes.

Atletico will be even more reliant on Suarez in the build up to their Champions League match against Chelsea later this month.

The Spanish side have seen several players ruled out of their upcoming matches with Covid-19.

Those six will not be able to feature against Thomas Tuchel's side unless they return negative tests before the match, which could be moved to a neutral venue because of travel restrictions in Spain .