The Reds icon has plenty of fond memories at Anfield, but April 2014 is certainly not one of them

Liverpool came tantalisingly close to ending their lengthy wait for a 19th league title during the 2013-14 Premier League season.

Under the stewardship of the inimitable Brendan Rodgers, a formidable Reds team featuring Philippe Coutinho, Luis Suarez, Raheem Sterling and Steven Gerrard were on course for success until the final three games, when they quite literally slipped up.

Gerrard, the club captain and iconic leader, fell victim to the whims of fate and excruciatingly became the symbol of the club's capitulation, which ultimately allowed Manchester City to be crowned champions of England that season.

The midfielder was roundly mocked by Liverpool's rivals at the time and remarkably, even though he is no longer at the club, the derision endures to this day any time opposing teams visit Anfield. Goal takes a look back at the slip that was heard around the world.

Steven Gerrard slip: What happened & when? 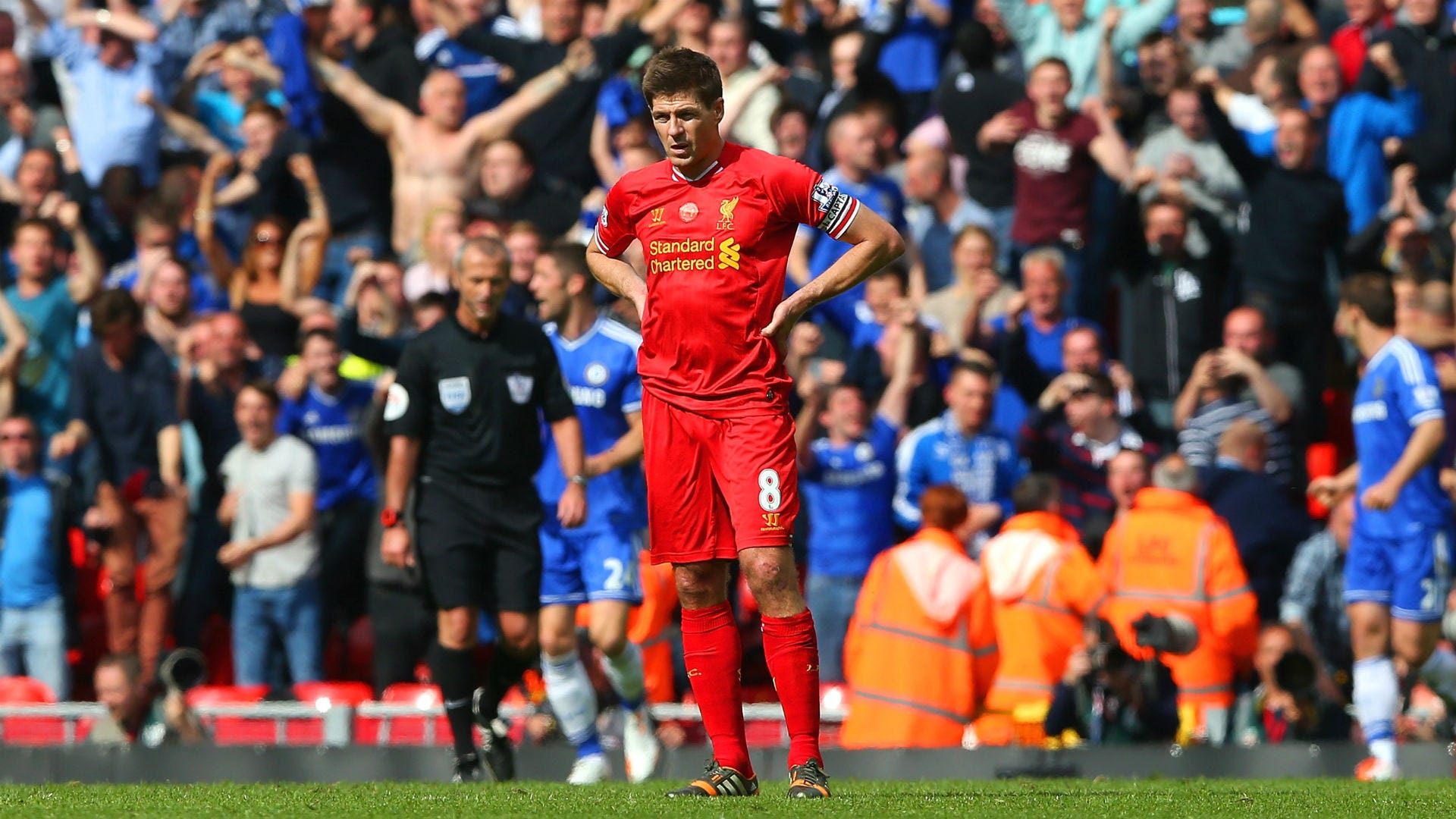 April 27, 2014. League-leaders Liverpool versus second-placed Chelsea at Anfield in their third-to-last game of the season.

The Reds were on a 16-game unbeaten streak in the Premier League and had won their previous 11, including a dramatic 3-2 victory over title rivals Man City. They were five points clear at the top.

That win against City left the Reds squad buoyant and they followed it up with a 3-2 win away to Norwich City. Next up: Chelsea. Another home win for Rodgers' side would set them up nicely heading into the last two matches against Crystal Palace and Newcastle United.

However, disaster struck on the stroke of half-time in a moment that has left a scar on the collective psyche of Liverpool fans across the world.

With the game delicately poised at 0-0, Gerrard failed to control a routine pass from Mamadou Sakho, allowing the ball to roll into the path of Chelsea striker Demba Ba. That might not have been such a big issue on its own but, to the horror of Liverpool fans, Gerrard then lost his footing and slipped to the ground, thus allowing Ba to race through on goal completely unhindered.

Though Gerrard made his best effort to stop him, the Senegalese striker made no mistake, firing past the stranded Simon Mignolet to put Jose Mourinho's side ahead going into the half-time interval.

The Reds, who had already lost to Chelsea at Stamford Bridge earlier in the season, made every effort to claw their way back into the game, but couldn't find a way past Mourinho's typically resolute defence (Rodgers later remarked that they "parked two buses") and Willian delivered the final blow with a goal in the last minute of injury time to make it 2-0.

ON THIS DAY: 3 years ago today Steven Gerrard made THAT infamous slip! pic.twitter.com/D0xGz3dPmB

As if to make matters worse, Gerrard's own words in the aftermath of the win over City two weeks earlier appeared to foreshadow his misfortune. Doing his deed as captain, the midfielder gathered his troops on the pitch for a huddle and delivered a pep talk in which he declared: "This does not f*cking slip now!"

After the loss to Chelsea, headlines unsurprisingly referenced Gerrard's mistake, noting Liverpool's 'slip up' at home. However, despite the defeat, they remained top of the league - ahead of the Blues by two points - heading into their final two matches.

Man City had a number of games in hand, but Liverpool's loss to Chelsea in tandem with City's vastly superior goal difference meant that if Manuel Pellegrini's side won their remaining fixtures they were likely to win the league.

Liverpool's pursuit of the title was not necessarily lost, but the wind had been sucked out of their sails and it told in their penultimate game of the season against Crystal Palace, which saw them throw away a three-goal lead to draw 3-3, with Palace scoring twice in the last 10 minutes.

City ultimately won the rest of their games and, though Liverpool triumphed over Newcastle in their last game, they finished two points behind Pellegrini's men.

What was the reaction to Steven Gerrard's slip?

The fact that Gerrard was such a colossus for Liverpool and had literally warned everyone on the team against slipping up meant that there was a poetic quality to the incident, almost as if it had to be him.

He detailed his reaction to the slip and defeat to Chelsea in his 2015 autobiography My Story, revealing that it prompted an uncontrollable bout of crying

"I sat in the back of the car and felt the tears rolling down my face. I hadn't cried for years but, on the way home, I couldn't stop. The tears kept coming," Gerrard wrote. "I can't even tell you if the streets were thick with traffic or as empty as I was on the inside. It was killing me.

"I felt numb, like I had lost someone in my family. It was as if my whole quarter of a century at this football club poured out of me. I did not even try to stem the silent tears as the events of the afternoon played over and over again in my head." 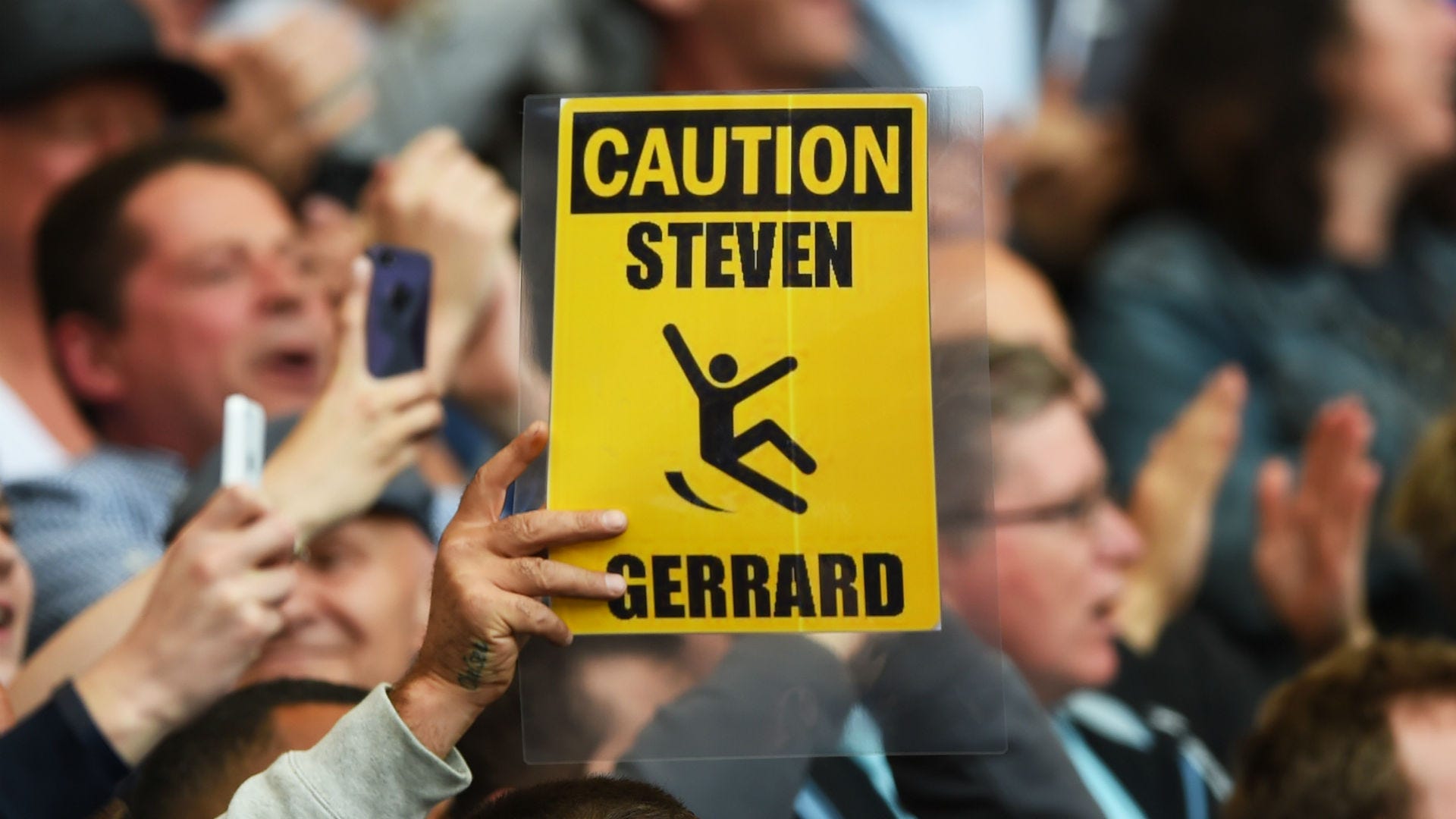 Of course, there was very little sympathy for Gerrard from fans of rival clubs and social media was ablaze with mocking tweets, videos and photos. Tottenham were even forced to apologise when a tweet poking fun at the midfielder following their draw against Crystal Palace appeared on their official Twitter page.

Fans brought joke placards to games, while chants were soon heard and became a common feature at Premier League grounds across England as fans made fun of the incident.

Since his retirement and transition into management, Gerrard seems to have made peace with it and recently reflected that the moment was simply "bad luck".

Interestingly, a former foe of his, ex-Manchester United defender Gary Neville, has even gone as far as absolving Gerrard of blame for the title collapse, suggesting that the goalkeeper should have done better with Ba's shot.

"I've not said this before because at the time, it was such a deep wound for Liverpool fans and Steven Gerrard personally," Neville said on Sky Sports' Monday Night Football in 2018. 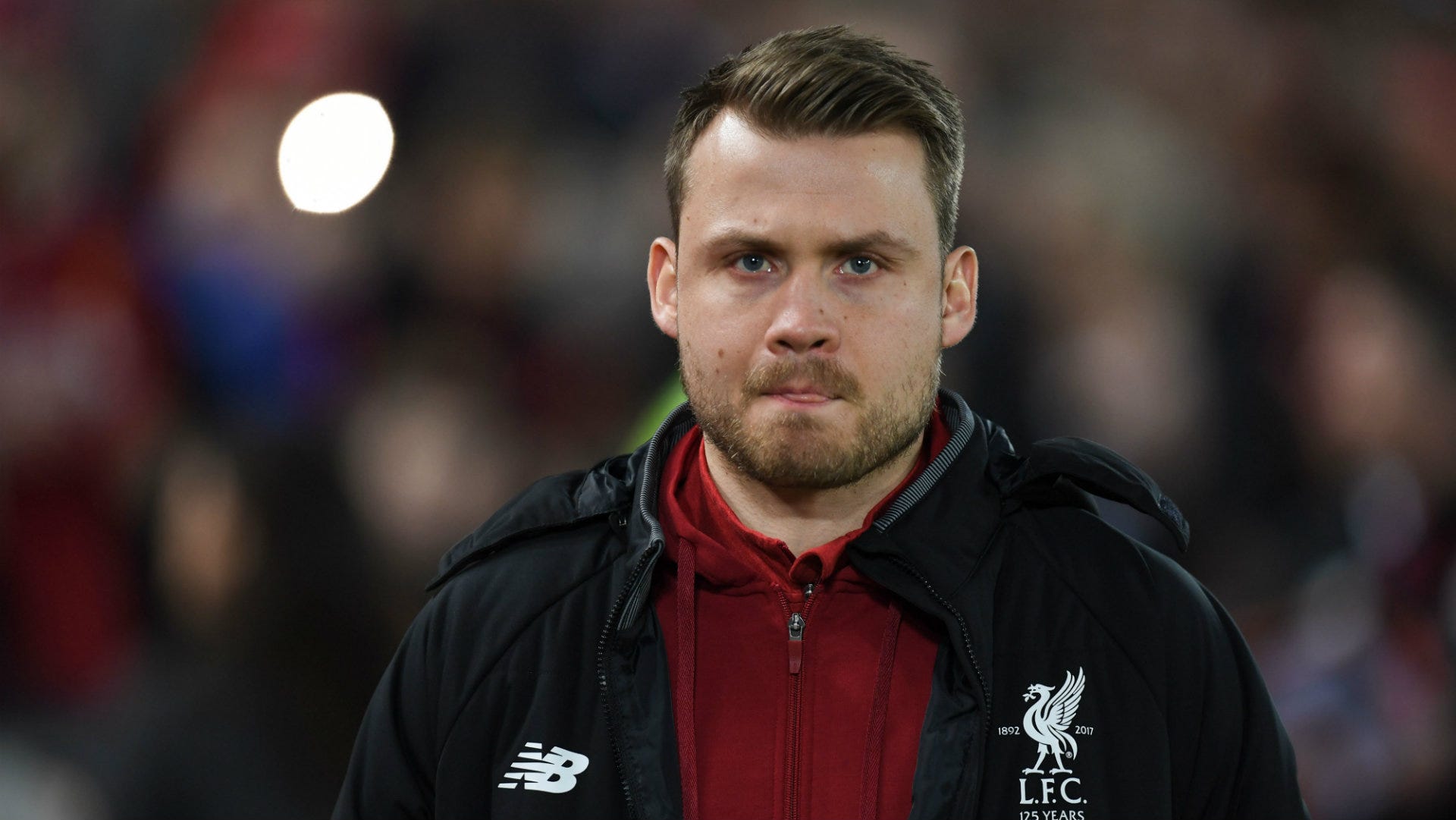 "I thought the keeper should have done better. I've never said it before. If that was a moment later on this season, I think Alisson would save it. I think eight times out of 10, he would save it.

"I think it's a scuffed shot from Demba Ba, I don't think he looks confident. It goes in and nobody ever blamed Mignolet for that goal.

What is the Steven Gerrard slip chant & what are the lyrics?

Fans of clubs such as Everton, Manchester United, Chelsea and Man City have appropriated one of the most popular Liverpool chants to make fun of Gerrard's slip.

You can read the lyrics below and listen to the song in the video above.