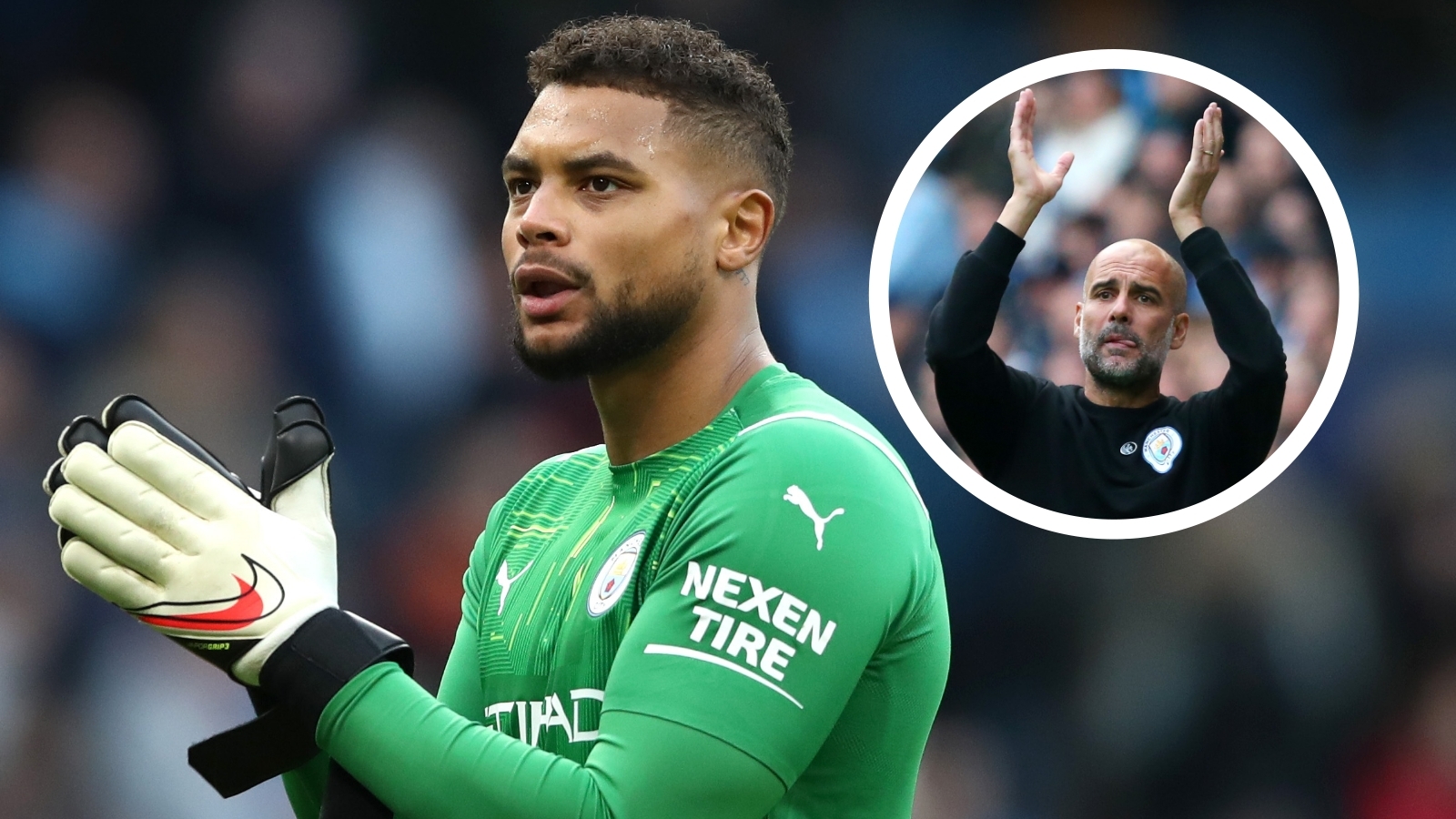 The American has a fight on his hands for the No.1 shirt at international level, so his clean sheet in Man City's win over Burnley was a huge boost

At half-time of Manchester City's victory over Burnley, four of the squad that won the league title back in 1968 were finally presented with winners' medals.

Due to a smaller allocation being awarded by the Football League in previous eras, Stan Horne, Paul Hince, Bobby Kennedy and the late Harry Dowd were not given the medals at the time. But it represents a shifting sense of squad importance that the error has finally been put right.

Dowd, a goalkeeper, played seven times, keeping four clean sheets in six victories before City went onto lift the trophy on the final day of the season, pipping Manchester United to top spot by two points.

Fast forward 53 years and having two strong goalkeepers is even more important, which is why Zack Steffen is such a valued member of Pep Guardiola's squad.

The United States international featured on Saturday because first-choice shot-stopper Ederson played fewer than 36 hours earlier in Brazil's World Cup qualifier against Uruguay and was forced to fly straight to Belgium for Tuesday's Champions League clash with FC Bruges because of coronavirus regulations.

Guardiola felt confident that his American fill-in would not let him down.

The plan was a nice, easy afternoon, watching from the other end of the pitch. After all, City had beaten Burnley 5-0 in each of their four previous meetings at the Etihad Stadium.

It didn't pan that way, though, with a well-organised Clarets side frustrating City for long periods and causing plenty of problems on the break, particularly in the first half.

Steffen had to be alert, three times coming a long way off his line to deal with punts forward, heading the ball to team-mates rather than simply hammering it away to safety – which is so important to Guardiola's possession-obsessed strategy.

But the visitors still carved out one golden opportunity to score their first Premier League goal at the Etihad in four-and-a-half years.

Maxwel Cornet – perhaps the only Burnley player not to have an inferior complex about City, having scored four goals in three Champions League games against them for previous club Lyon – was the danger man it fell too.

Breaking beyond Joao Cancelo, the Ivorian was through one-on-one but Steffen stood strong to block out the opportunity.

It was a pivotal moment, denying Burnley the chance to equalise Bernardo Silva's opener and give them confidence at a ground where they only have painful memories. Steffen saved and Kevin De Bruyne went on to wrap up the victory.

"The last games he played in the FA Cup and Carabao Cup and today (Saturday), he is growing incredibly fast and well as a keeper," Guardiola said.

"Working alongside (goalkeeping coach) Xabi Mancisidor and Richard (Wright), he is a much better goalkeeper than when he arrived because we have maybe the best keeper trainer in the world.

"We have incredibly confidence in him. The moment he has to save the ball, he saves it."

As has become expected for a Guardiola goalkeeper, Steffen didn't just impress with his hands. Ederson is a key part of starting attacks because of his excellent range of passing and the 26-year-old American was expected to be able to do the same.

While City were at times sluggish in the final third of the field, they had the usual intensity at the other end of the pitch. Steffen was prepared to take a pass under pressure, as City tried to invite the Burnley attackers forward and break the press with their quick passing.

Clarets boss Sean Dyche applauded his front men for putting the goalkeeper under pressure, but, like Ederson every week, he was never in trouble.

It was just his second Premier League start following the 3-1 victory over Chelsea in January and he may not now get another outing until the Carabao Cup clash away to West Ham on October 27.

Steffen could undoubtedly get more game time were he to leave the Etihad but it's debatable whether it would be as valuable.

He was involved in a first-minute mix-up in the World Cup qualifier against Costa Rica earlier in the week, which was hardly helpful given he is presently vying for the USMNT No.1 jersey with Matt Turner. Right now, there's a sense that Turner has improbably gained a slight edge in the competition.

So, his inclusion here, and Guardiola's subequent praise, will doubtless have come as a perfectly timed confidence boost.

Happy in Manchester, Steffen also has the chance to lift more silverware this season as the domestic cup goalkeeper, having already picked up a Carabao Cup winners' medal in April.

Now, he has also made a contribution to City's title defence and, in what could be a tight race, three points in a scruffy win over Burnley could be pivotal.

Should that be the case, Steffen shouldn't have to wait more than five decades for a medal.