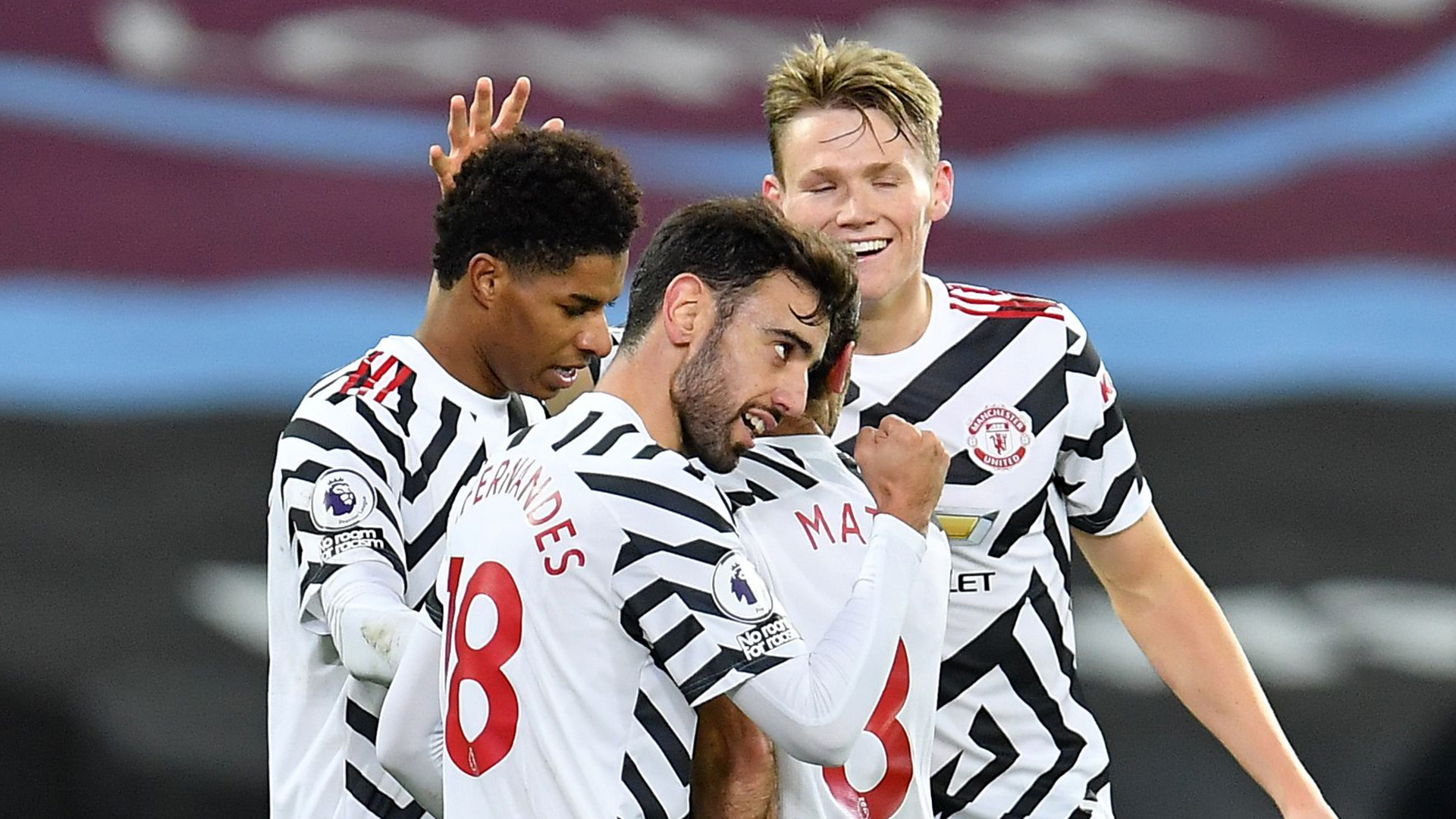 Manchester United went from crisis to title challenge in the space of 45 minutes against West Ham, says Luke Chadwick, with inspired substitutions from Ole Gunnar Solskjaer turning another tie on its head.

In many ways, the Red Devils boss saw his hand forced when it came to making changes at the London Stadium.

His side trailed 1-0 at the interval and had put in the kind of first-half performance that could have seen few of those in a striking zebra-style away kit have any complaints at being hauled off.

They made an immediate impact on proceedings, with the Portuguese playmaker teeing up Paul Pogba for a stunning strike and the England international forward wrapping up a comeback win with the third goal in a 3-1 triumph.

United are now up to fifth in the Premier League, five points adrift of the leaders with a game in hand, and Chadwick believes a side that is yet to get going at Old Trafford have to be considered challengers for the ultimate prize in English football.

“Fernandes and Rashford – two important players who were maybe left out with Leipzig in mind, a game they need a result in – but he needed them on Saturday after a poor first-half showing. In that last half-hour we saw some incredible football and they got the result with those two playing a massive part in it.

“They’re definitely in the title race. It’s been a strange atmosphere ever since they came back from lockdown last season and I think that is making a difference to games. Anyone can beat anyone more than ever.

“If that West Ham result had gone the other way it’s a crisis again, but they had a wonderful last half-hour of the game and it’s almost changed the whole outlook of the season really.”

Solskjaer showed against the Hammers that he is not afraid to make bold decisions.

It has been suggested that summer signing Van de Beek may struggle to get another look-in after his hooking at half-time, but Chadwick believes the Dutchman will bounce back stronger in a side that is growing in confidence.

He added: “I think Ole could have taken any of those players off, it was such a poor performance across the board.

“It could have been any of that front four to get Fernandes and Rashford on the pitch, but Van de Beek was one of the unlucky ones. He was quite ineffective in the game but you could say that about anyone,

“I’m sure there’ll be more opportunities for him. It just shows how important Bruno Fernandes is, and I can’t imagine that in any important Premier League game that if he’s fit he’s not going to start the games.

“I can’t imagine Solskjaer would play the three of them [Van de Beek, Fernandes and Pogba] in central areas … we’ve seen [Juan] Mata do that very effectively coming from wide areas, so potentially Van de Beek playing on the right or the left could work. But it takes a bit of pace out of the team if Rashford, Martial or Greenwood didn’t play, though in some games you need that cunning kind of player who can play a pass.

“Pogba had a frustrating time but his goal was a wonderful finish, and from then you could see his confidence coming back – he was getting on the ball and dictating the play for United, so that might come at a cost as Van de Beek might have to settle for a place on the bench.