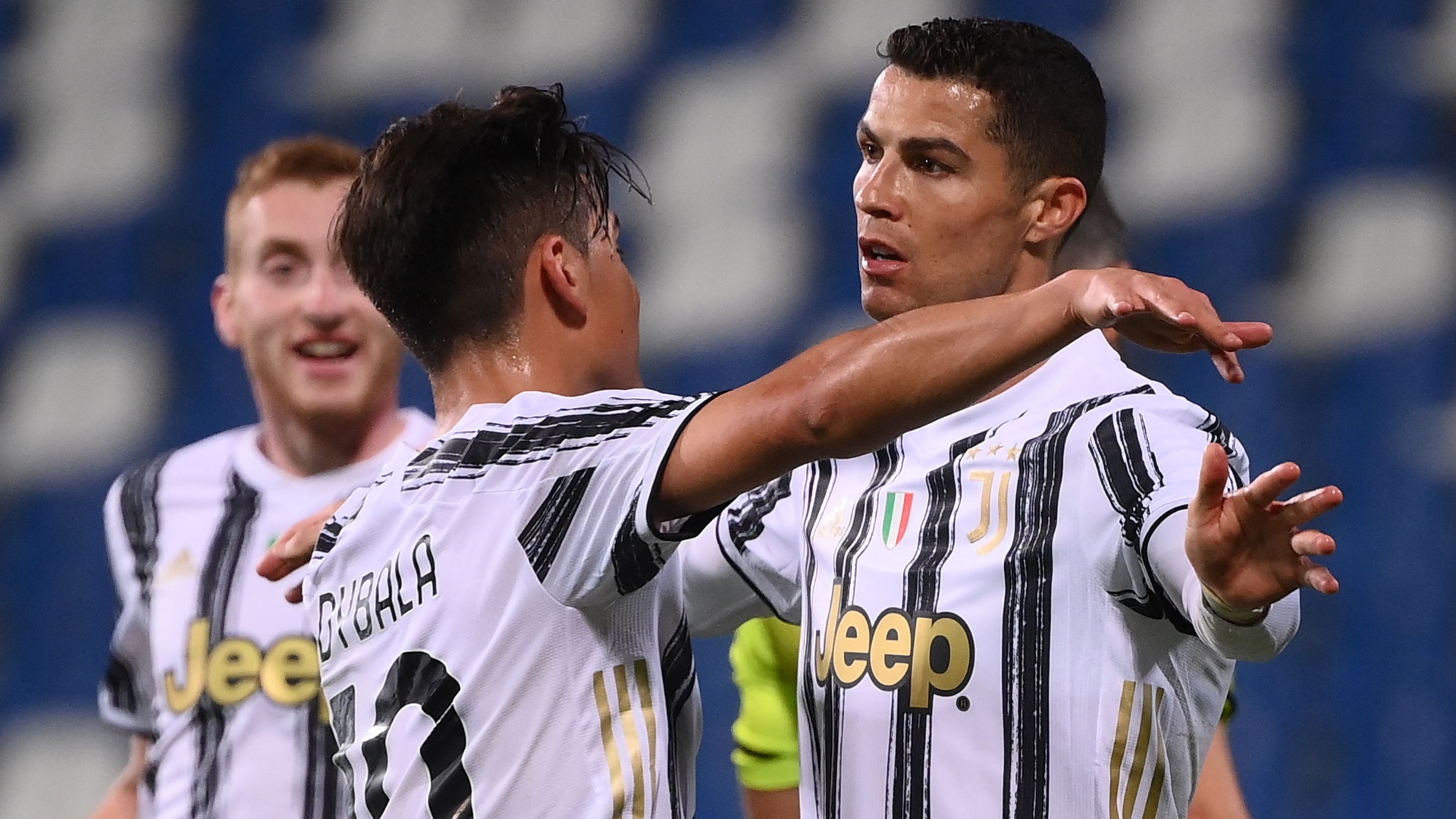 Cristiano Ronaldo has become the fastest player in Juventus history to reach 100 goals with the club.

Ronaldo reached the mark by scoring just before half-time against Sassuolo in Serie A action on Wednesday, giving his side a two-goal lead heading into the break.

The Portugal star has netted 100 goals in 131 games for Juventus and has become the first Juve player to ever do so in less than three seasons.

Prior to Wednesday night, only Omar Sivori and Roberto Baggio had required less than five seasons to reach the 100-goal mark.

But Ronaldo achieved the feat near the end of his third season with the club, having joined from Real Madrid ahead of the 2018-19 campaign.

100 - Cristiano #Ronaldo has just become the first player in the history of Juventus to have scored 100+ goals in all competitions in his first three campaigns for the Bianconeri. Legend.#SassuoloJuve #SerieA pic.twitter.com/1U2QK0YJO8

In addition, Ronaldo became the first player in history to tally more than 100 goals with three different clubs and his national team, having done so with Manchester United and Madrid as well as Portugal.

💯 up for Cristiano Ronaldo at Juventus 👑 pic.twitter.com/w6YMDuki3e

Later in the same match, Paulo Dybala joined Ronaldo in reaching the same milestone when he also scored his 100th Juventus goal.

100 - Paulo #Dybala has become the first non European player to have scored 100+ goals in all competitions for Juventus (excluding those who have played for Italy). Joya.#SassuoloJuve #SerieA pic.twitter.com/akd3jmQz40

What's next for Ronaldo?

The Portugal star has one year remaining on his contract beyond this season and there has been plenty of speculation over his future.

Ronaldo helped Juve to Serie A titles in his first two seasons with the club, but he's failed to lead them to Champions League glory and this season's league campaign sees Juve battling to simply earn a top-four spot.

He has seen a return to Spain discussed, while there has also been talk of a second spell at Manchester United or a move to MLS.

Any move away, however, would require a team to make a suitable bid to Juventus as well as pay Ronaldo the massive wages he is set to command.