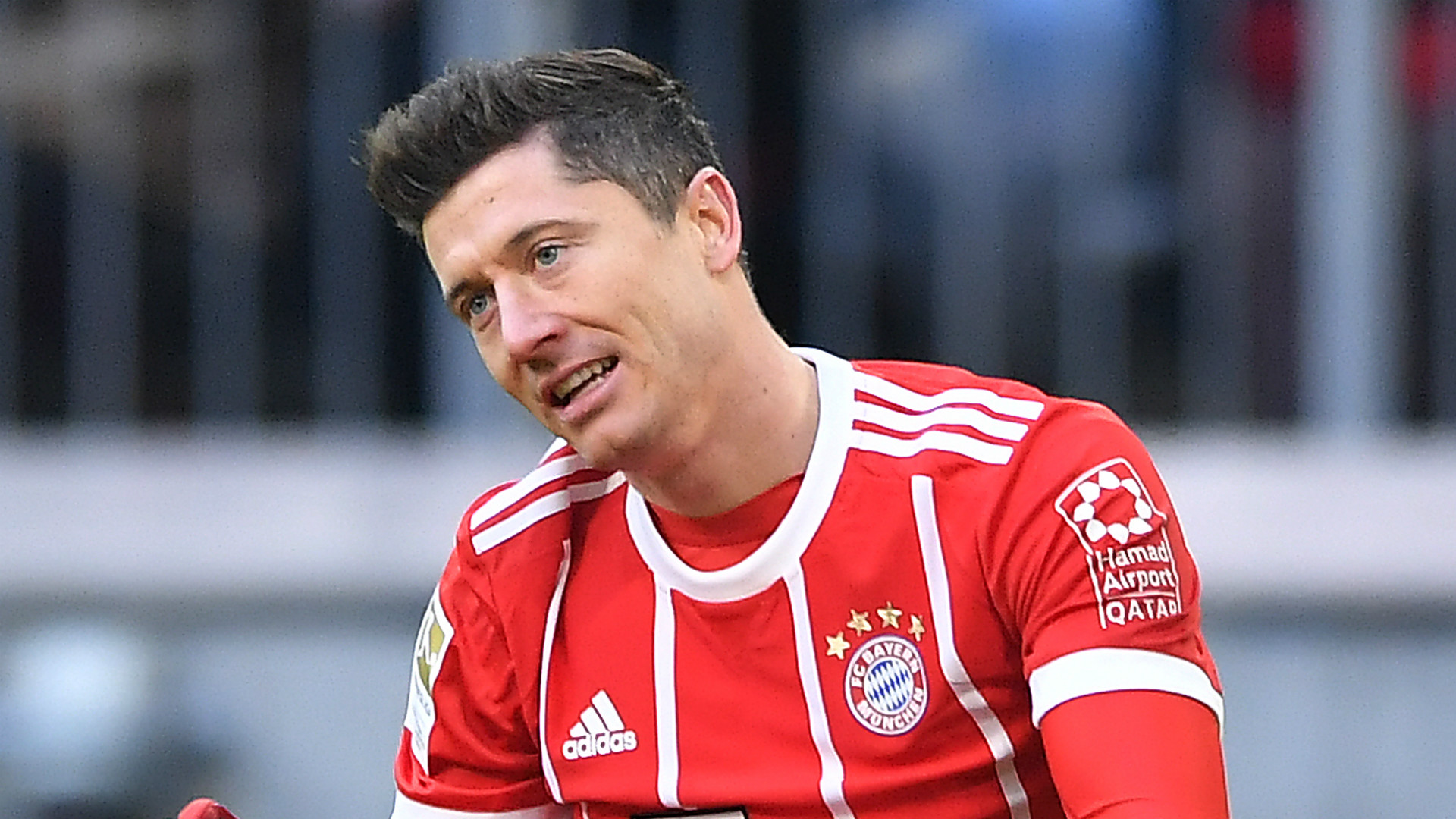 The 29-year-old has long been linked with a move away from the Bundesliga, and could finally see his dream realised as he looks to force a transfer

Robert Lewandowski's agent has revealed that the Poland international has informed Bayern Munich of his desire to leave the club.

The 29-year-old has long been linked with a move to Real Madrid, and appointed Pini Zahavi as his agent earlier this year amid rumours he could leave the Bundesliga.

Zahavi was responsible for brokering Neymar's €222 million (£193m,$234m) transfer from Barcelona to PSG last summer, and his appointment was seen as Lewandowski attempting to orchestrate a mega-money move of his own.

Bayern have denied an approach from Real Madrid for the striker, but reports have also linked him to a number of Europe's elite clubs including Manchester United, Chelsea and PSG.

Lewandowski was crowned the Bundesliga's top scorer for the third time in five seasons taking his tally to 180 total goals in Germany's top flight as he won his sixth league title.

Zahavi believes that the striker has achieved all he can with Bayern Munich, having reached the semi-final of the Champions League only to be knocked out by eventual champions Real.

"Robert feels he needs a change and a new challenge in his career," Zahavi told Sport Bild. "The managers of Bayern know about it."

Despite the repeated speculation, staff in Munich had expected Lewandowski to stay at the club following the World Cup, with new head coach Niko Kovac taking charge for the 2018-19 season.

In early May, chief executive Karl-Heinz Rummenigge urged fans not to be concerned with the possibility of the striker leaving as he is under contract at the Allianz Arena until 2021.

"They do not have to worry about Robert Lewandowski and the relationship with Bayern," Rummenigge told Kicker. "We have a very good one.

"We know what we have in Robert Lewandowski. I am very happy that we still have such a long-term contract. [There's] no need to worry - he will also play next season at Bayern Munich."