The rise of the strike partnership: How front twos are taking over the Premier League 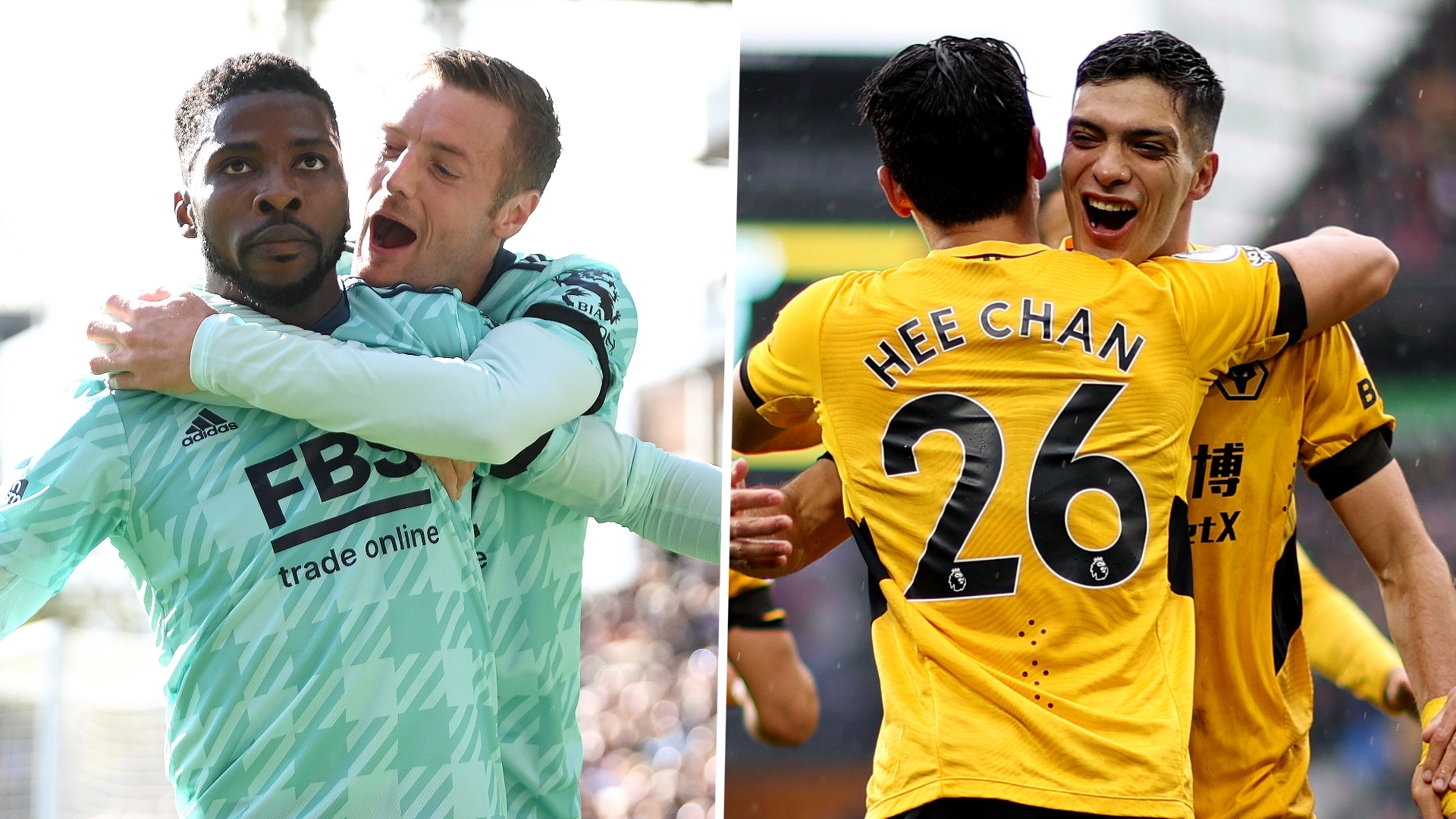 Wolves, Leicester City, Aston Villa and Brentford are just some of the teams to have embraced forward duos since the start of the 2020-21 campaign

On Saturday, Raul Jimenez and Hwang Hee-chan twice combined to give Wolves victory over Newcastle at Molineux.

Later that evening, meanwhile, Brighton deployed Leandro Trossard and Neal Maupay up front in a 0-0 draw with Arsenal, before on Sunday, Leicester City tried out a 4-4-2 at Crystal Palace, Aston Villa once again started with Danny Ings and Ollie Watkins as a pair at Tottenham, and Brentford's Bryan Mbeumo and Ivan Toney impressed in a 2-1 win at West Ham.

It is safe to say, then, that striker partnerships are back in fashion.

Ten Premier League clubs use a front two at least semi-regularly, while only four – Manchester United, Arsenal, Leeds United, and West Ham – have not deployed a stike partnership in a league game over the last 12 months.

There are a wide variety of tactical reasons for playing two up front, and these 10 teams certainly cannot be lumped together.

Burnley (and previously Crystal Palace under Roy Hodgson) sit deep in banks of four, while Wolves technically played in a 4-3-3 on Saturday – but with Francisco Trincao hugging the right touchline and Hwang darting infield, it was essentially a two. Spurs, through Son Heung-min and Harry Kane, do something similar.

Nevertheless there are common factors between these teams that help explain why strike partnerships are once again commonplace in England's top flight.

A consequence of back threes returning

Burnley and Southampton are the only teams that regularly use two strikers while also utilising a four-man defence, and therefore one reason for the trend is simply a natural consequence of managers wanting to change to a back three – a formation that can hold many advantages in the modern game.

As full-backs grow in prominence, providing all the width in attack, it makes sense for managers to use wing-backs and three central defenders in order to ensure there is enough cover behind while also retaining a narrow forward line.

Thomas Tuchel's Chelsea are the best example of this, although Brentford also deploy a 3-5-2 to get Sergi Canos and Nico Henry on the ball in dangerous areas.

A back three/five has obvious defensive benefits, especially when faced with a front two or narrow front three (hence why Newcastle and Norwich often play with two up front), and indeed back threes tend to multiply once settled in a division.

The easiest way to combat the unique shape of a 3-5-2 is to mirror it, and once success is found in this formation, it gets carried forward – leading to future opponents mirroring, and so on.

Midfield battle not as important as it used to be

The prevalence of 3-4-3s and 3-5-2s gives another clue as to why so many managers are happy to add a second striker after decades of sacrificing a number nine for a midfielder.

The tactical intricacy of Premier League football has improved dramatically over the last half-decade as elite tacticians enter the division at every level, and the knock-on effect of that is ultra-compression between the lines.

Teams can swarm and press high without losing their balance, maintaining an immaculate shape through the centre of the pitch whether in a build-up phase or in transition, decreasing the need for a third central midfielder.

No longer are there huge spaces here that demand numbers to prevent from being overwhelmed.

What is more, when the majority of teams are compressing this space and deploying a high line in certain phases of the game, the pitch is squeezed up at both ends; long pitches, and therefore wide-open midfield battles, are a thing of the past.

And so there is scope to add a spare man to the front line. Wolves, Southampton, Man City (when they occasionally deploy double false nines in a 4-4-2), and Everton have all exemplified this in recent months.

Leicester's 4-4-2 at Palace on Sunday did not really work, but it speaks volumes that Brendan Rodgers assumed he could trust Youri Tielemans and Hamza Choudhury to control the middle on their own.

Another consequence of the tactical detail these days - of the high lines and the compressed shapes - is that the space is no longer in a stretched middle third, but rather behind each defensive line.

The best thing to do, then, is make sure you have plenty of players capable of running on the shoulder of the last defender.

Tuchel played Timo Werner and Romelu Lukaku together against Man City in order to get them behind, with multiple runs and long passes being made in the early stages before Pep Guardiola's team asserted their dominance.

Dean Smith's use of Ings and Watkins appears to have a similar intention, and the Jamie Vardy and Kelechi Iheanacho partnership inexplicably abandoned between this season and last allowed Leicester to play sharp vertical through balls into the space.

Almost every big team in Europe now defends with two up front. It has become the overwhelmingly popular, almost-unanimously agreed-upon way to block passing lanes through the middle of the pitch when the opponent is building out from the back.

One striker alone cannot block the passage into two central midfielders, but with a second body the opponent is more likely to be forced to make a less penetrative pass out to the full-back, where the touchline helps box them in.

Many teams push an attacking midfielder up into the forward line (Bruno Fernandes joins Cristiano Ronaldo; Martin Odegaard joins Pierre-Emerick Aubameyang) but it is no surprise that many have used this new normal to shift towards an out-and-out front two.

Elite football is increasingly played in tight spaces, the pitch shortening all the time and the players becoming ever more universal in their skill sets.

In other words, traditional formations are more plastic than they used to be - which has freed up room for the strike partnership to be rediscovered.