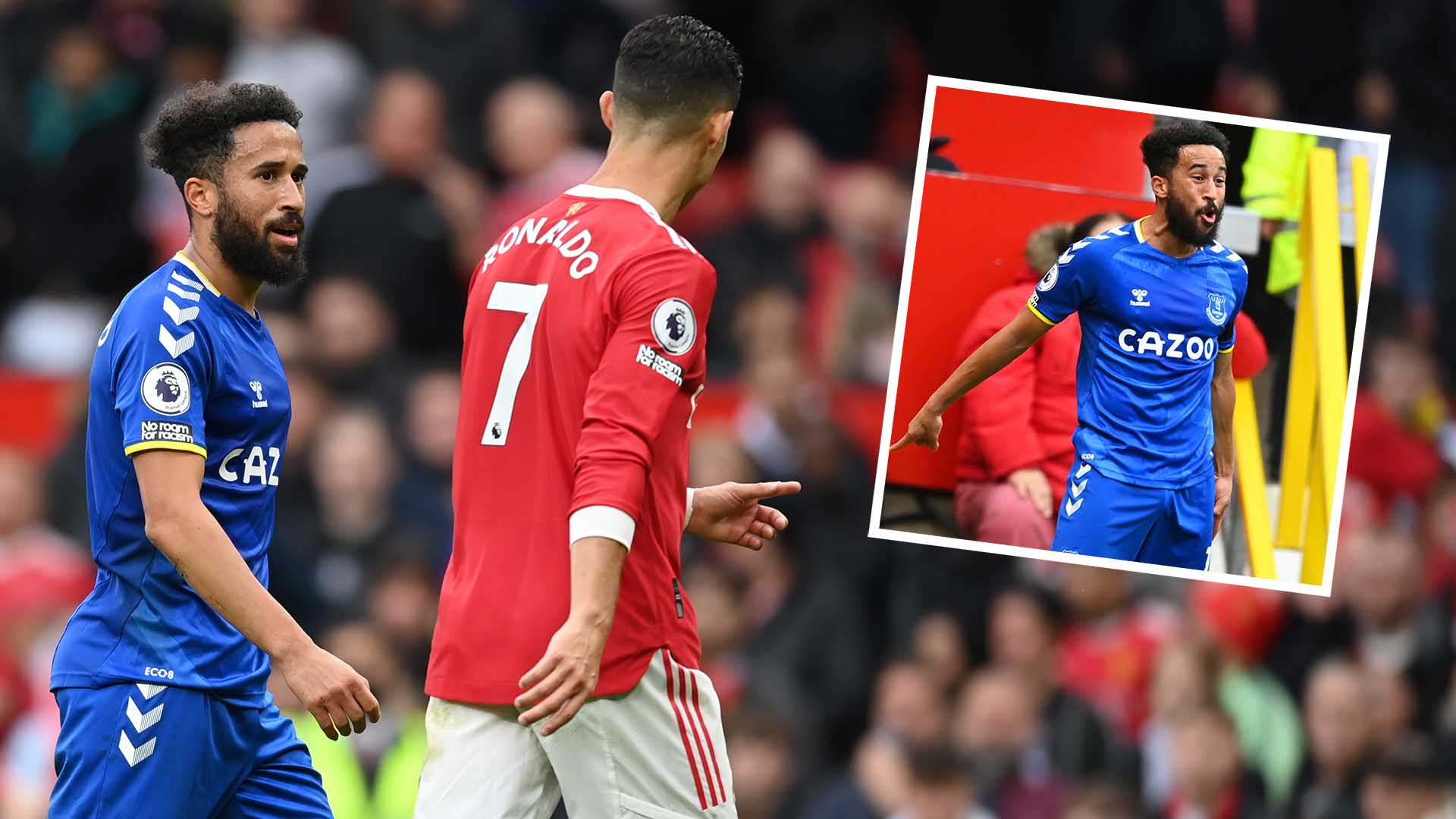 Andros Townsend has said that he copied Cristiano Ronaldo's celebration as a mark of respect to the Manchester United forward, after his goal earned Everton a 1-1 draw at Old Trafford.

The Toffees winger finished a slick counterattack in the second half to cancel out Anthony Martial's opener struck before the break and ensure the Premier League game ended all-square.

The 30-year-old celebrated by replicating Ronaldo's famous trademark run to the corner flag afterwards, but has now claimed that it was not meant to be anything other than a tribute to the Red Devils man.

"Not imitating, it's just a mark of respect to a guy who influenced my career," Townsend told BT Sport.

"I spent many hours on the training pitch and in the video room trying to analyse his free kicks and his stepovers and the way he dedicated himself to football.

"So it wasn't an imitation, it was a mark of respect to one of my idols. I probably didn't do the celebration justice and didn't execute it properly."

After the game, Townsend also shared on social media that he had swapped jerseys with Ronaldo.

Since his arrival at Everton from Crystal Palace over the off-season, Townsend has impressed, arguably rediscovering the finest form of his career at Goodison Park.

With five goals in nine games, he admits that he is ecstatic with his game right now, adding: "I'm loving my football and I'm so happy to have the opportunity to play for Everton.

"I've said I should be scoring on a more consistent basis. For one reason or another, I've never done it over the course of the season. It's been a good start but I'm capable of much more."

A point at Old Trafford means that Everton, under Rafa Benitez, have produced their best start to a season since the David Moyes era over a decade and a half ago, even with key injuries.

Though the former Liverpool boss will caution his side, there will be hope that the Toffees can turn another strong start into a European finish this season against much bigger rivals.

Benitez will hope that the majority of his squad comes through October's international break unscathed, with a clash against West Ham in a fortnight next on the agenda.