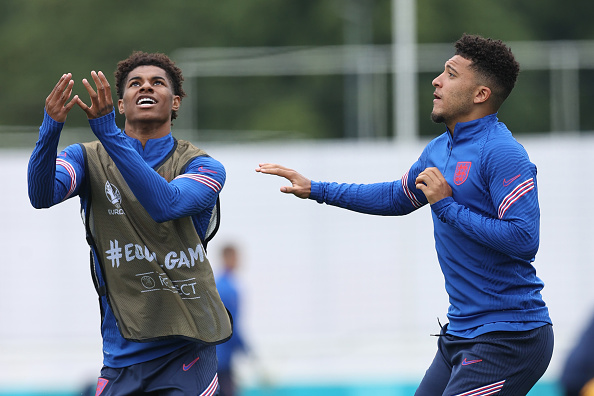 Marcus Rashford has denied confirming that his England team-mate Jadon Sancho will soon be joining him at Manchester United with a tweet to a fan account on social media.

Sancho has long been linked with a move to Old Trafford and, although United missed out on the Borussia Dortmund star last year, a transfer appears to be drawing closer this summer.

In an interaction with a fan on Twitter, Rashford seemingly confirmed the expected news of Sancho's transfer to the Red Devils.

Rashford has since taken to Twitter to explain that the message sent from his account did not come from him, but rather a hacker who had somehow gained access to his login details.

"A little hack and I’m back. Morning all," the striker wrote with an accompanying heart and England fan emoji in reference to the Three Lions' stunning Euro 2020 last-16 win over Germany.

How close is Sancho's transfer?

Although Dortmund held firm and rejected United's advances last summer, it appears the Bundesliga side are more open to letting Sancho go this year.

Dortmund have rejected two United bids thus far, the most recent of which was around £72 million ($100m). It is believed that Dortmund are holding out for £77m ($107m), which puts the two sides close to an agreement over a transfer fee.

United have already come to an agreement with Sancho over personal terms, with the star winger now widely expected to begin the 2021-22 season at Old Trafford.