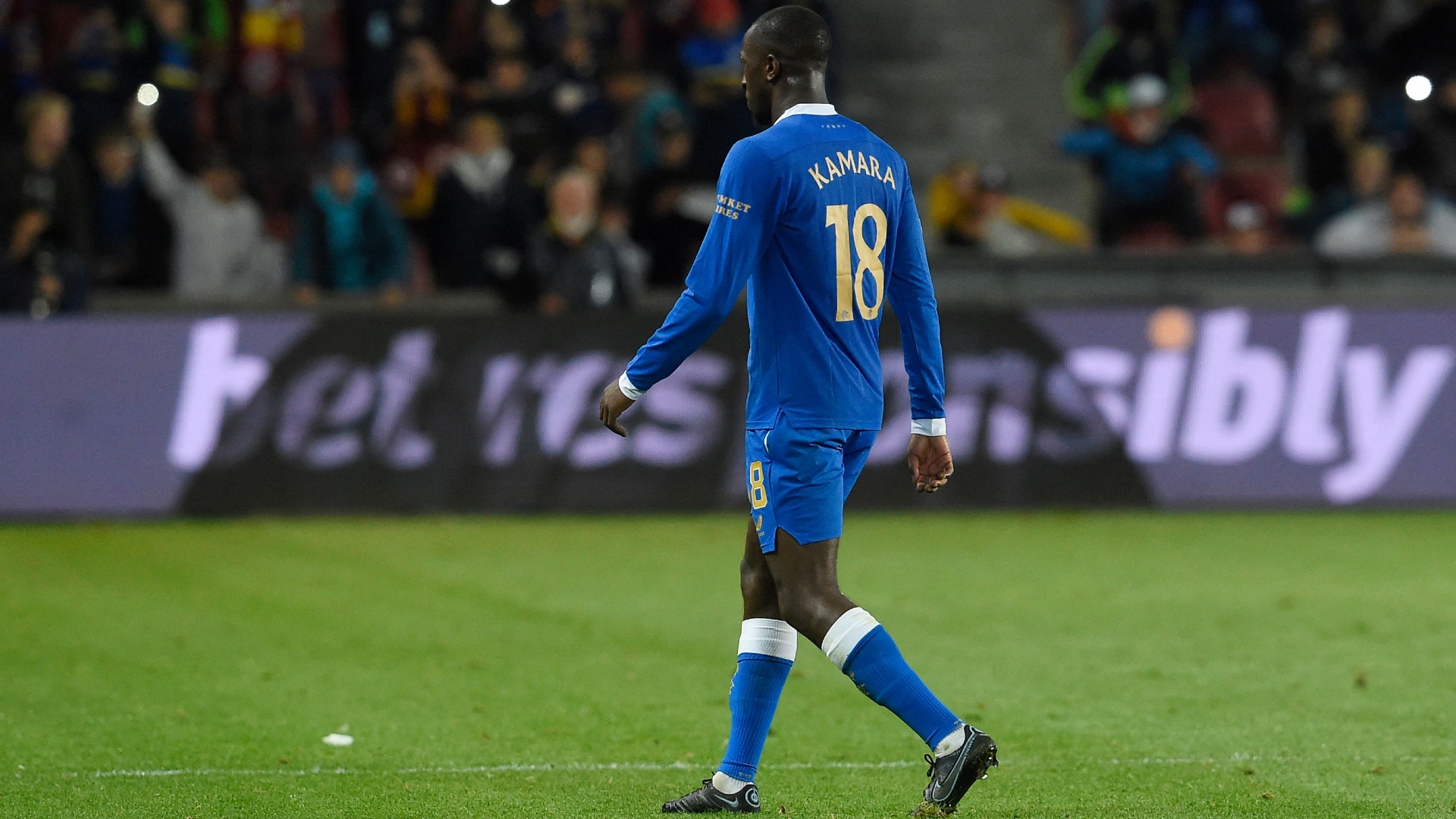 Rangers boss Steven Gerrard has reacted to Sparta Prague supporters booing Glen Kamara by expressing his belief that "the powers that be don't do enough".

Kamara and Rangers returned to the Letna Stadium on Thursday night for the first time since the midfielder was racially abused by Slavia Prague defender Ondrej Kudela back in March, with their latest Europa League fixture originally scheduled to take place behind closed doors. Slavia share the venue with Sparta, who had been handed a stadium ban for racist chanting from their fans towards Monaco's Aurelien Tchouameni in a separate incident last season, but UEFA relented on their initial decision by allowing 10,000 children to watch the club's latest home game.

Sparta defeated Rangers 1-0 in Thursday's clash, with Kamara being sent off in the second half.

A number of adults were also granted entry to accompany their children, and Kamara was targeted by jeers whenever he gained possession of the ball during the match - which ultimately ended in a 1-0 victory for Sparta.

The boos turned to cheers when the Finnish midfielder was sent off after receiving a second yellow card in the 74th minute as referee Ali Palabiyik harshly ruled that he raised his arm dangerously when going up to challenge for a header.

Gerrard was made aware of the booing directed at Kamara post-match, and expressed his frustration before criticising UEFA for missing the chance to make an example of Sparta by allowing so many supporters into the stadium.

"During the game, I haven't been aware. If that's the truth it's very disappointing but I'm not surprised. We're playing behind closed doors, apparently, for a reason," he told BT Sport. "It's not the first time there have been issues in this place. The powers that be don't do enough.

"Tonight the punishment was meant to be a fine and behind closed doors where you don't play in front of any people. It's near enough a full house so they're not getting punished."

Kamara's lawyer, Aamer Anwar, has released a statement criticising Sparta for failing to control their supporters once again while praising his client and the rest of the Rangers squad for staying professional in testing circumstances.

"I had hoped when I heard of the stadium closure of Sparta Prague that both Glen and other black players wouldn't have to put up with any abuse or racism and could just get on with playing football," the statement read.

"But this evening should be an embarrassment for the Czech side that, despite their fans being banned, it still made little difference that the stadium was filled with 10,000 schoolchildren.

"A huge proportion of those children booed Glen's every touch of the ball along with every other black player for Rangers. Tonight shows yet again that Prague has a serious problem with racism and as usual UEFA is nowhere to be seen.

"Glen and the Rangers players have shown total class, but no player should have to face this at their work and on the European stage."