Hailed as the 'new Messi' when breaking through, the world's second-most expensive 16-year-old has not played a competitive match since September 2018

When Pietro Pellegri joined Monaco in January 2018, he was a young player with the world at his feet.

The €25 million (£22m/$31m) that the principality side paid to Genoa for the 16-year-old was a reflection of what he had achieved in his young career to that point. He had become the joint-youngest Serie A player in history at 15 years and 280 days, marked his full debut in Francesco Totti’s farewell game at Roma with a goal and had already netted three times in nine league outings.

The move to France seemed a logical one for Pellegri. Barely six months earlier, Monaco had appeared in the Champions League semi-finals with an exciting collection of up-and-coming players spearheaded by Kylian Mbappe, who had subsequently moved to Paris Saint-Germain for the second-most expensive transfer fee ever.

A tall and elegant player, Pellegri was not expected to be a replacement for Mbappe, but after summer signing and fellow wonderkid Willem Geubbels had succumbed to a succession of injury problems, it was anticipated that the young Italian would be guided gradually into the first team with immediate effect.

For Pellegri, though, his two years in France have turned into something of a nightmare, with injury after injury restricting him to only six appearances for the Ligue 1 club.

He did manage to become the first player born in the 21st century to score in France’s top flight, completing a remarkable double having already broken the same record in Italy, but since that goal against Bordeaux on August 26, 2018, he has barely been seen.

So chronic have been his problems with both his groin and his hamstring muscles, his is a case much cited when discussing the rapid integration of young players into senior football. 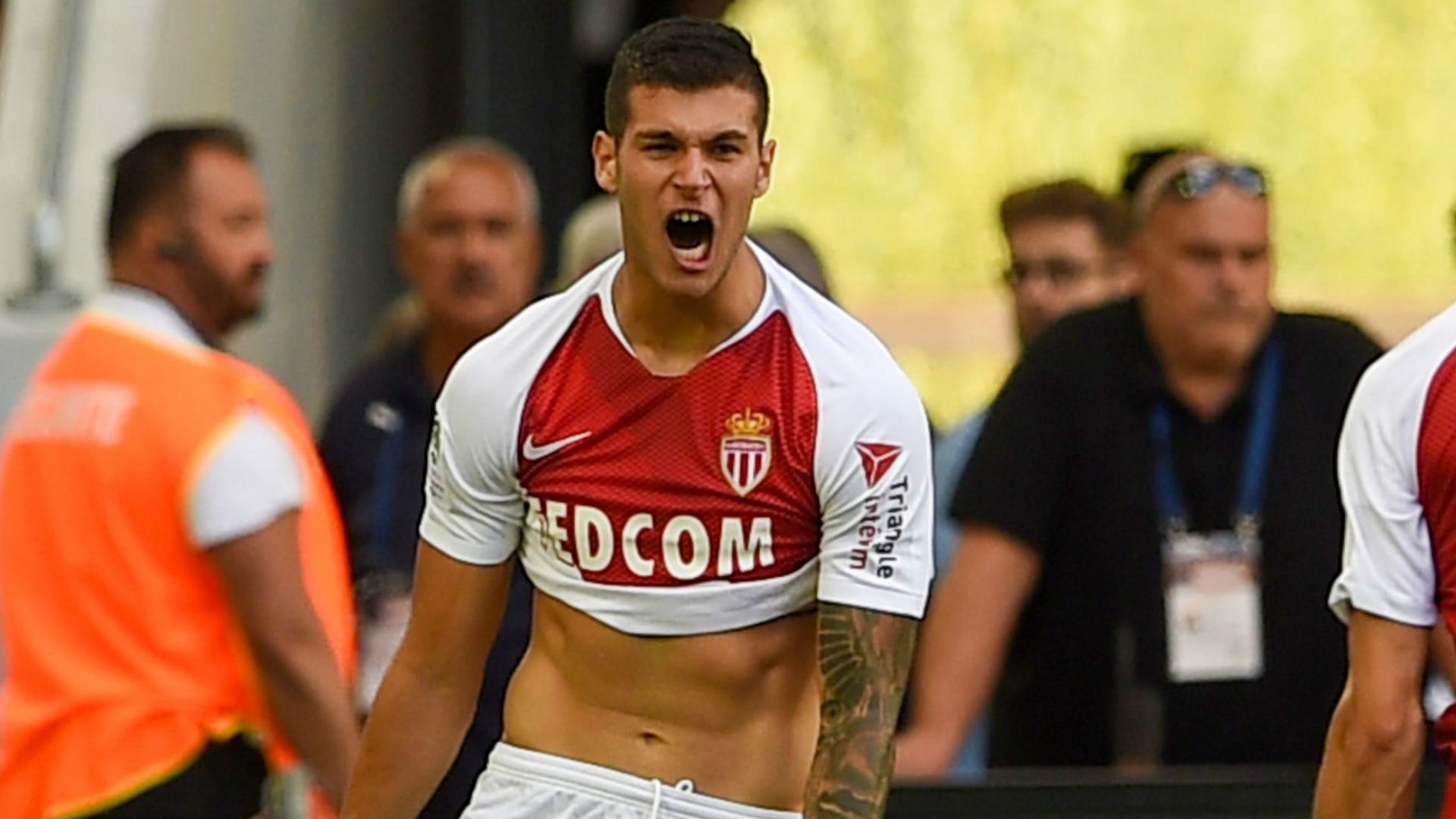 “Maybe we need to talk about the ideas we have of taking young players who are 14 or 15. We think they’re adults in miniature,” former coach Leonardo Jardim told France Football in November after the young forward had picked up yet another muscular issue.

“A lot of the time we kill players. After that, no one takes responsibility. Maybe if they had been more careful two or three years ago when training Pietro at Genoa, he wouldn’t have all these muscle problems today.

“A 16-year-old guy is not a miniature adult. We have to respect that. Today, we think that a 15 or 16-year-old boy has been trained. It’s not true. Maturity comes at 18 or 19 with regards the bones and the tendons. We have to pass this message on because it could break the lives of young players.”

Pellegri may not be broken, but there is ample evidence to suggest that his career has been damaged.

"We have the new Messi… he’s called Pellegri," Genoa owner Enrico Preziosi boldly proclaimed in 2015.  The world has seen scant evidence of this from a player whose idol is instead Zlatan Ibrahimovic, a forward built far closer to his dimensions. Indeed, the last time he graced a competitive match in Monaco’s red and white was back in September 25, 2018. 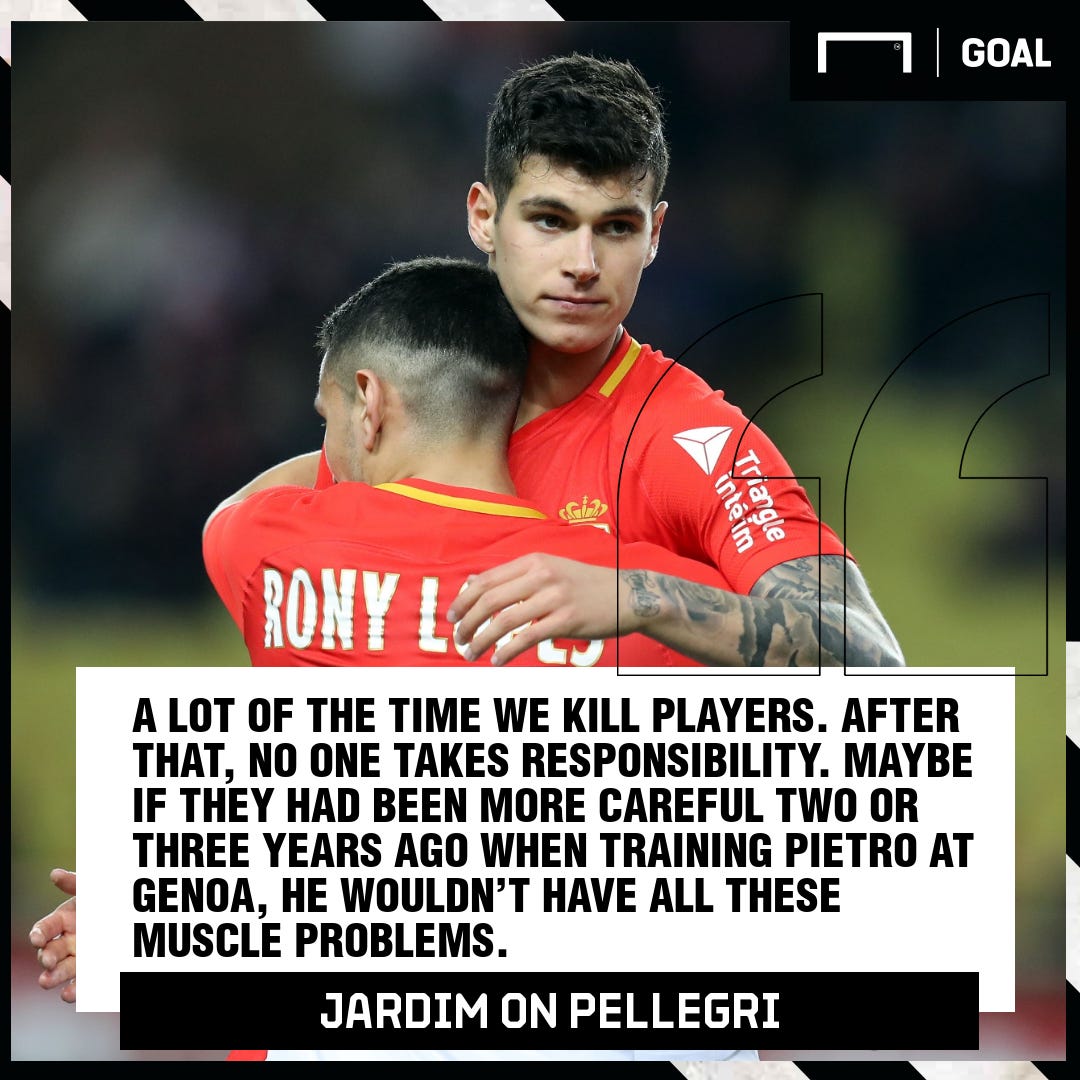 As such he has not been included in this year's NxGn list - Goal's countdown of the top 50 teenage footballers on the planet. Pellegri remians eligible having only turned 19 earlier this month and was included in both 2018 and 2019, but he is certainly the most expensive omission this time around.

Each time he has neared a return to action, he has broken down, while the coronavirus-enforced suspension of Ligue 1 will mean that he needs to wait until his next opportunity, having made a long-awaited return to full training with the first team on March 5 – some 527 days after his previous competitive action.

Though the enforced layoff may well allow him to build strength and fitness in his still-growing body, when he does play, it will surely be with some trepidation. Already this season he has launched one comeback attempt and even managed some minutes in a friendly against former club Genoa back in November. A further injury, however, meant that he was rapidly back in the physios’ room.

How he will fare when he returns to the field is anyone’s guess. A player who once seemed like a sure thing now appears a risky bet after an absence that will stretch over 18 months.

Just 16 matches into his professional career, it already stands at a crossroads. What once looked so promising threatens to turn into a tale of what might have been. Only Pellegri can decide which route he will take. The question is: will his body let him?