The teenager was compared to the world's best player by Genoa president Enrico Preziosi but, while he is quiet, he plays more like Zlatan Ibrahimovic

The 16-year-old Pietro Pellegri had just made history as the youngest player ever to have scored two goals in a Serie A game, yet he handled his first post-match interview like a veteran.

Addressing a live TV studio which contained Ciro Ferrara among others, the Genoa starlet was calm, humble and reserved, his focused facade broken by a smile only when the legendary Juventus defender jokingly asked if he'd have to go to school the following day.

However, when Pellegri was shown in-game footage of his father Marco fighting back the tears as he sat on the bench in his role as the Grifone's team manager, Pietro was overcome with emotion himself.

"In football, my father has looked after me since ... I was a kid and ... no, yes, anyway," the flustered, misty-eyed teenager said, his voice cracking, before pausing again to compose himself. "To see these images of my father is so beautiful.

"He used to bring me to training, in the rain and the cold. My father took me on the right path in football, while my mother took me to school."

Pellegri's parents have certainly done an excellent job in not only developing a player of incredible potential but also raising a grounded, level-headed teenager - no mean feat in any situation let alone one as unique as this.

Such prodigious talent is rare, as the stats underline. As well as his aforementioned record-breaking brace – which makes it three goals in just 10 senior appearances – Pellegri is also the joint-youngest player to have ever featured in Serie A, having made his debut in December 2016, against Torino, at the age of 15 years and 280 days old.

The facts and figures are remarkable for one so young but, then, Pellegri's promise has been well known to Europe's top scouts for some time now.

Indeed, Manchester United were so taken with the forward's performances in a youth tournament in 2015 that they reportedly offered his father a job to persuade them to move to England.

However, Pellegri senior declined, determined to see his son represent his hometown club, the one he himself had supported and represented at Primavera level.

"The day Pietro steps out at Marassi wearing a Genoa shirt I can go ahead and die," Marco famously stated. 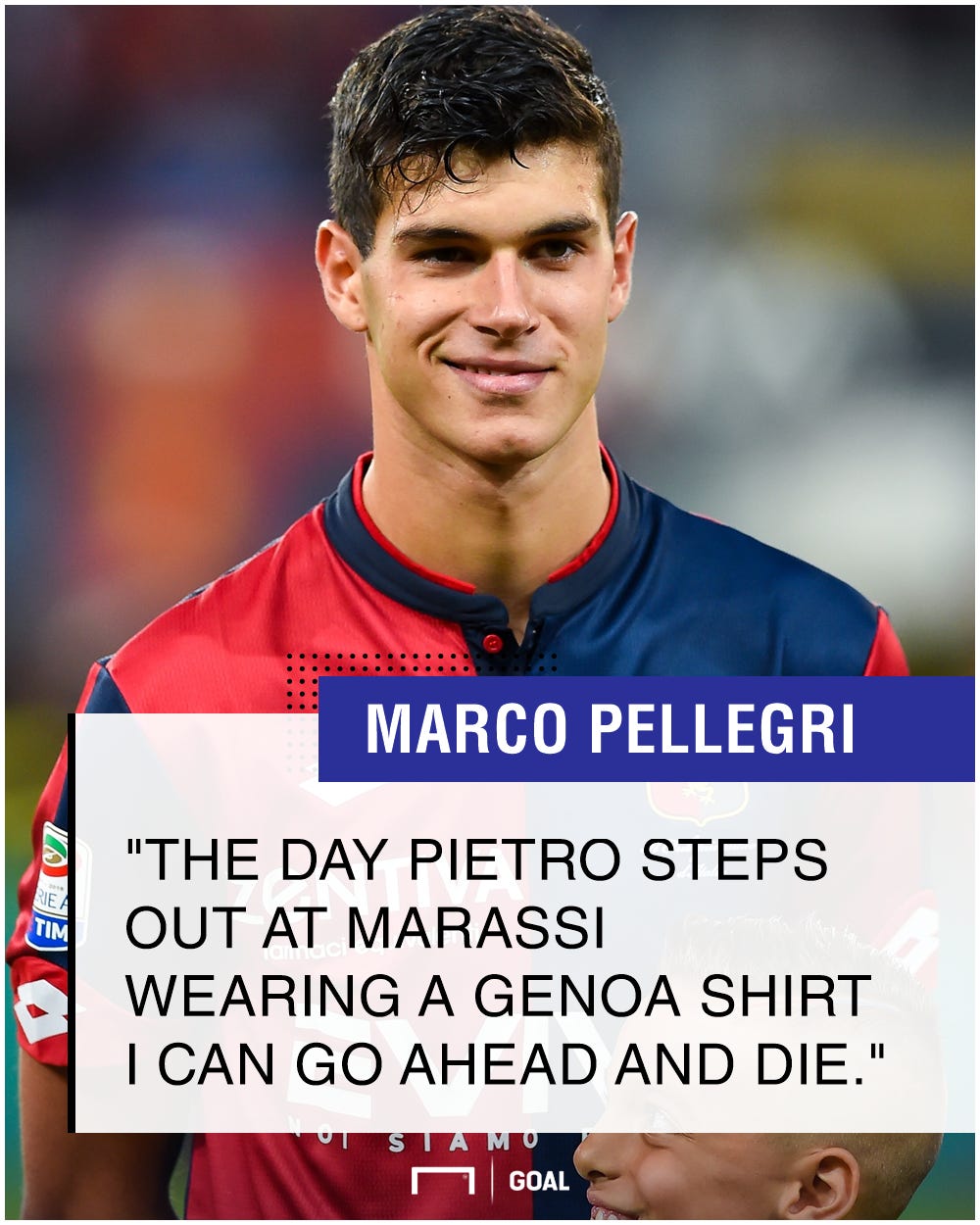 Given the intense emotional investment, it was, therefore, wholly unsurprising that he broke down in tears after watching Pietro score twice in front of the Gradinata Nord last September.

What is surprising, though, is that he has now sanctioned his son's sale to Monaco.

While a move has long been inevitable for a young player of such impressive strength and technique, the destination seemed strange. Given his tender age, Pellegri had been expected to remain in Italy.

Genoa president Enrico Preziosi revealed last September that AC Milan were one of four Serie A sides chasing his most prized possession, along with three English clubs.

Juventus had jumped to the head of the queue by the time the winter window opened but the Italian champions were unwilling to match the €25 million offer made by Monaco.

"We had a verbal agreement with Pellegri but, faced with such an increased bid, we stepped aside," Bianconeri CEO Beppe Marotta mournfully explained. "But there are regrets at seeing an Italian talent leave the country."

Pellegri's departure is undeniably a blow for Serie A, given the league's decreasing star power.

It was hoped that Pellegri would be at the forefront of a new generation of homegrown talent – one so badly needed in a nation still reeling from the failure to quality for this summer's World Cup – and many were understandably quick to hail a changing of the guard when Pellegri netted his first Serie A goal in Francesco Totti's final game for Roma last May.

However, Pellegri's personal and professional development is obviously the primary concern and there is obviously a risk that he may be destabilised by a move abroad at such a young age. There were three key factors in the transfer from the family's perspective, though.

Firstly, Pellegri had not featured for the first team since November 4, the day before his father's boss and friend, Ivan Juric, had been sacked as coach and replaced at the helm by Davide Ballardini.

Secondly, despite the obvious linguistic and cultural differences, Monte Carlo is as close to the family home in Genoa as Turin or Milan. It is also possible to get by in the principality speaking Italian.

As Pietro himself said, "I was very quickly convinced by the project, which allows youngsters like me to progress and flourish in the future." 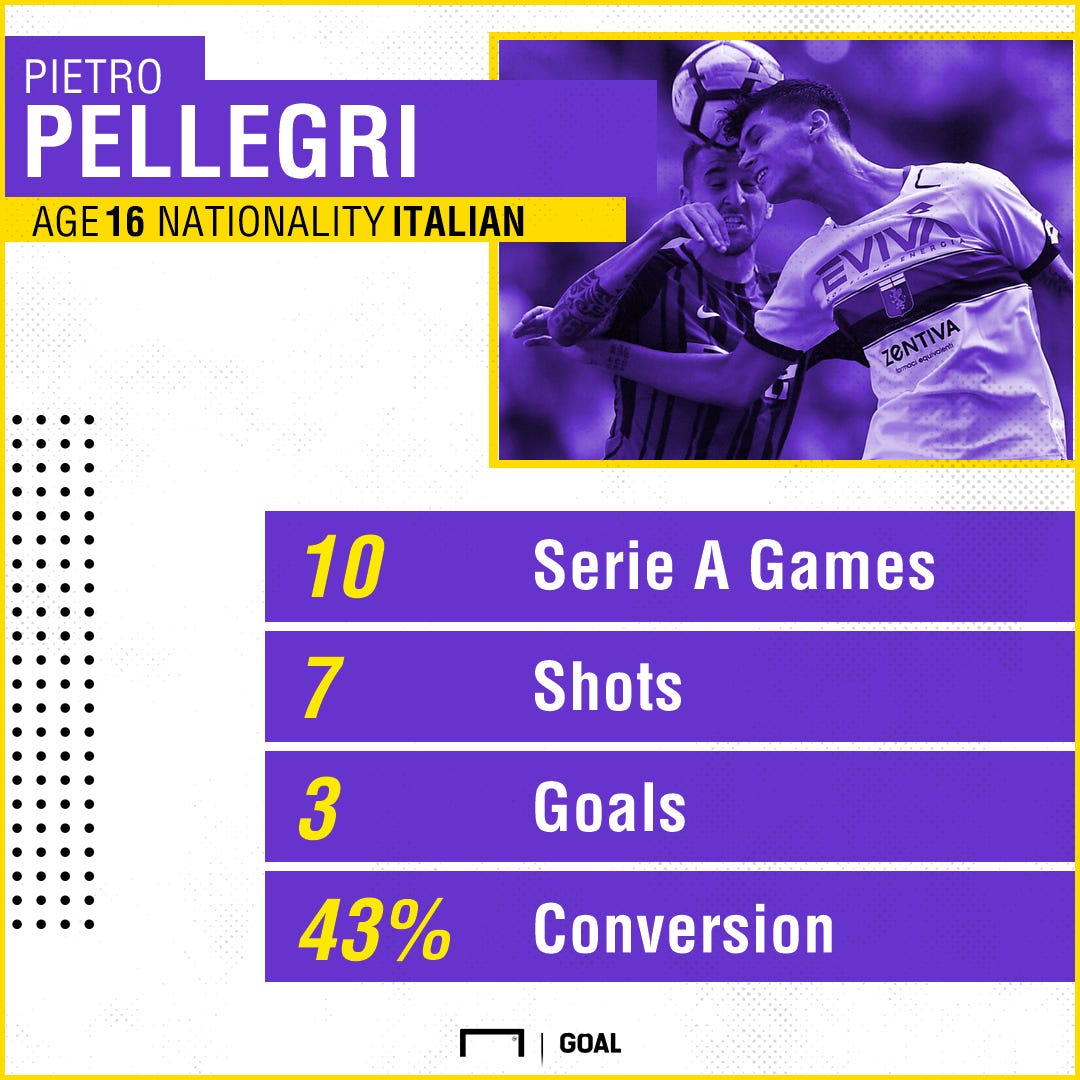 Certainly, his development should be less scrutinised than it would have been in Serie A, while he should enjoy working under Leonardo Jardim and training alongside Radamel Falcao - two men who played pivotal roles in Kylian Mbappe's ascent to superstardom.

There will be less pressure and more stability, a far cry from Genoa, where he was immediately hailed as "the new Messi" by Preziosi.

The comparison was as unnecessary as it was inaccurate, given that the 1.95-metre-tall Pellegri boasts a similar stature and skill set to his idol, Zlatan Ibrahimovic. He remains a raw talent, though, as Juric was always at pains to point out.

"He's got real power but he never used to attack the penalty area," the former Genoa boss explained last year. "He always wanted to play with his back to goal.

"He's changed completely and is also improving with his left foot. He can have a really great career."

For now, though, he will be concentrated solely on settling into his new surroundings at the Stade Louis II.

Given his support network, it would be a surprise if he has his head turned by the trappings of fame and fortune in Monte Carlo.

Indeed, when previously asked about all of the talk surrounding his first-team prospects at Genoa, Pellegri explained, "I prefer to keep my mouth shut."

So, maybe he's not so dissimilar to Messi, after all!