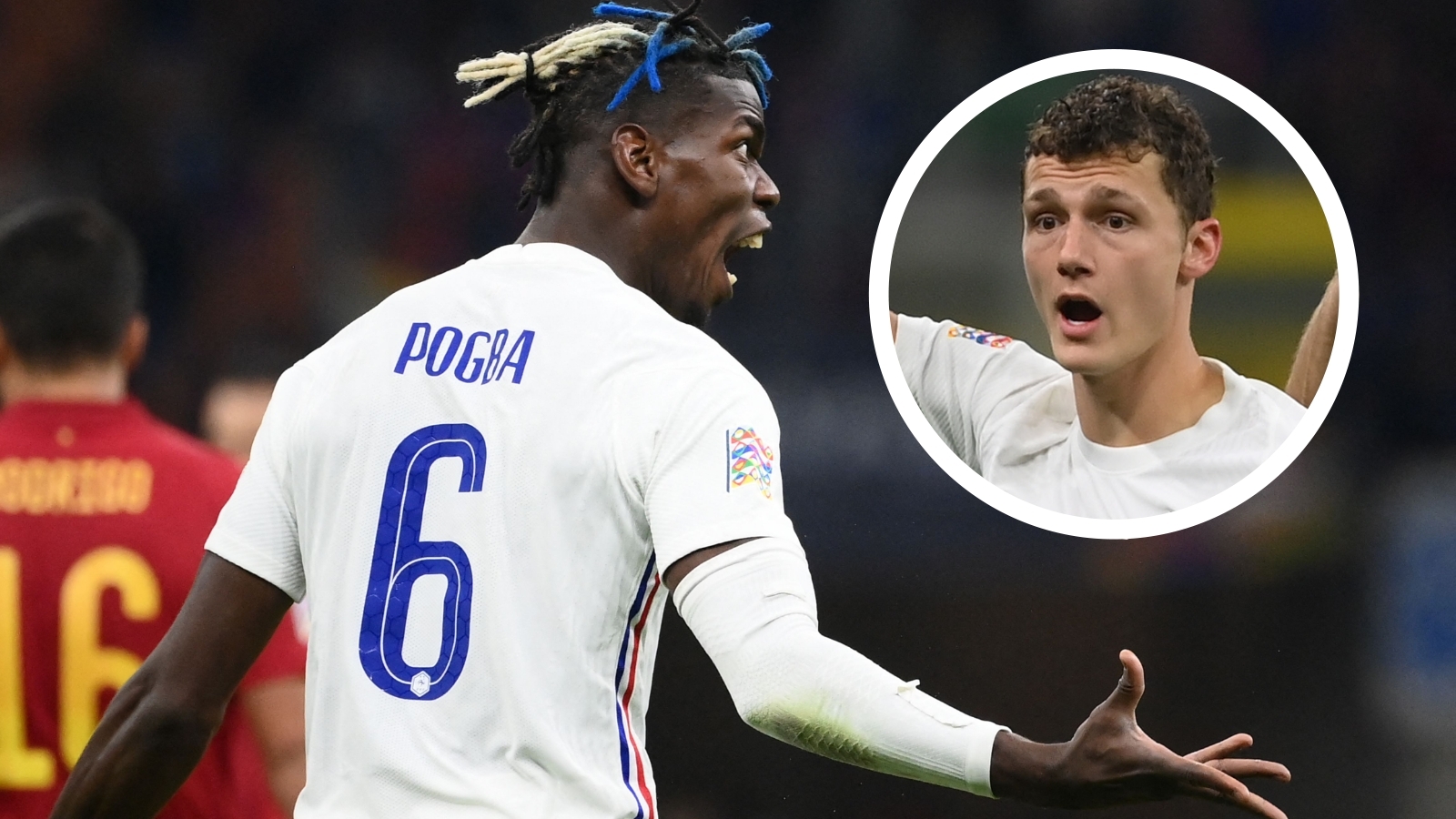 The Bayern Munich defender incurred the wrath of a fellow France international during the Nations League final, but has been talking up his ability

Benjamin Pavard claims to have no issue with Paul Pogba following an on-field rant from the Manchester United star during France’s victory in the UEFA Nations League final, with the pair now friends again after seeing tempers flare in the heat of battle.

A World Cup-winning midfielder lost his cool with an international colleague during a 2-1 win over Spain, with Pogba demanding more from Pavard after being forced to leave his central role to provide cover at right-back.

The issue quickly blew over, as Les Bleus went on to claim the ultimate prize, and apologies were offered afterwards by a 28-year-old who expects nothing but the best from himself and those around him.

Pavard has told Canal Football Club of finding himself in Pogba’s firing line: “I watched the action several times and we talked about it with Paul afterwards. He apologised to me for reacting like that.

“When I watch the action, okay, I'm not moving well enough, but I'm not stationary either. There could have been more movement, but the same is true for other players, everyone stopped.

“We had a discussion. I absolutely don't blame him. We talked about it after the game. Everything is fine.”

How does Pavard rate himself?

While Pogba momentarily questioned Pavard’s value during a meeting with Spain, the 25-year-old has established a reputation as one of the best right-backs in world football.

The Bayern Munich star believes he deserves to sit at the top of that list, with an enviable collection of major honours with club and country suggesting that he should be perched at the summit.

Pavard concedes that others may attract more headlines, such as Achraf Hakimi and Trent Alexander-Arnold of Paris Saint-German and Liverpool respectively, but in his eyes he sits behind nobody in the global pecking order.

A confident character added: “Great coaches put me at right-back because they have confidence in my abilities. It is not because of my beautiful eyes or my hair.

“On paper, Pavard is perhaps less sexy than Hakimi or Alexander-Arnold, but I think that defensively I am more complete.”

Pavard has earned 40 caps for France, helping them to World Cup glory in 2018, and is up to 87 appearances for Bayern after joining them from Stuttgart in the summer of 2019.