Ozil the outcast: How Arsenal have thrown £19m down the drain on new contract - with £43m still to come 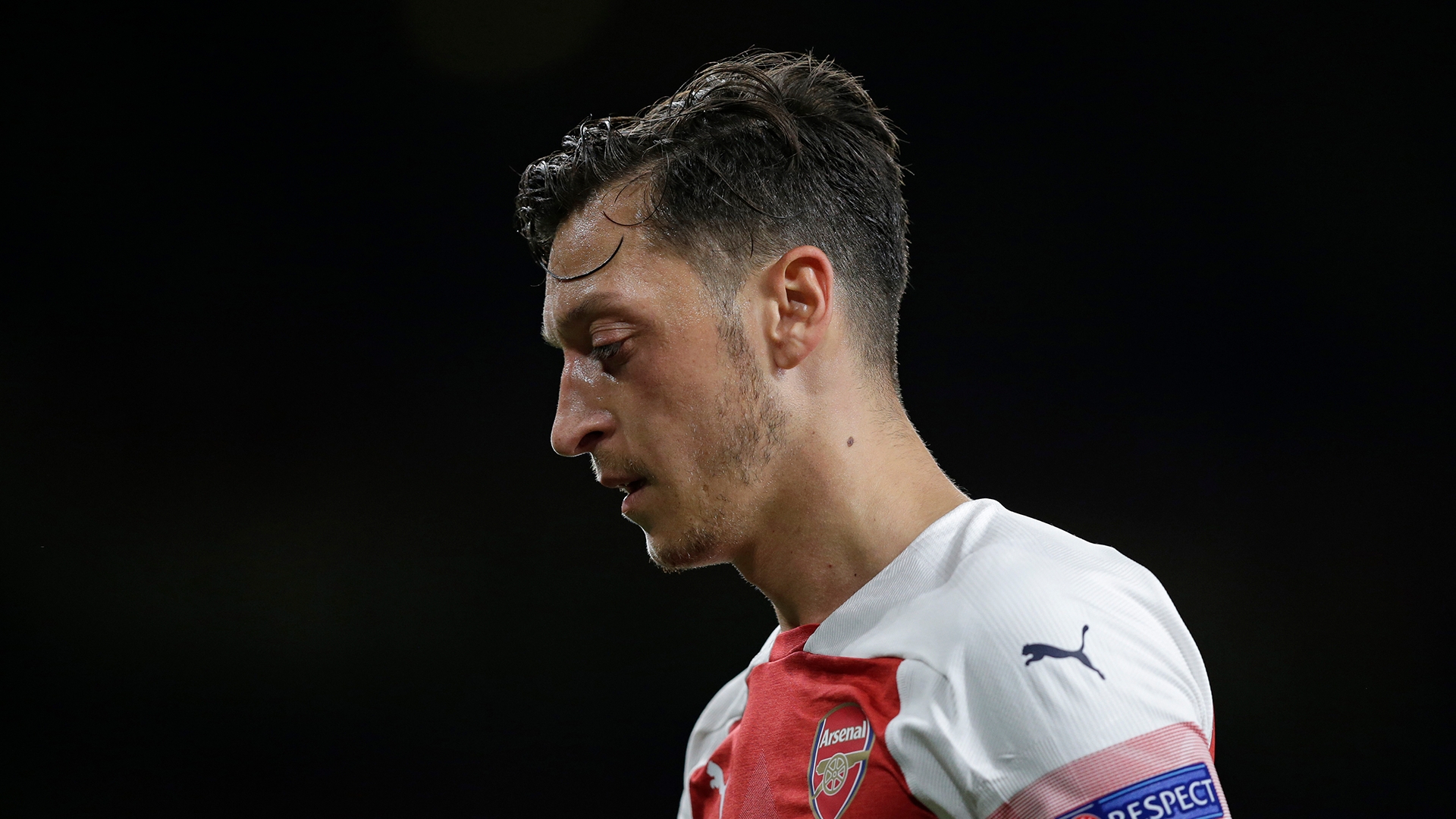 The midfielder's new deal looked like a shrewd bit of trade, but things have turned sour - and very expensive - under new boss Unai Emery

When Arsenal tied Mesut Ozil down to a new contract last January, it looked like some of the best business of the window.

It came at some cost – a deal worth £62 million ($80 million/€71 million) over three and a half years, but the German made a strong case for being worth it before the season was over.

He went on to chip in with one goal and seven assists in 13 games, helping Arsenal reach the semi-finals of the Europa League.

However, fast forward just over 12 months and the deal could not be viewed in a more different light.

Under new boss Unai Emery, Ozil has been a peripheral figure, playing just 19 of 39 games and contributing just four goals and two assists as a result.

It’s turned his contract renewal into a laughing stock of a decision, with the powers above wrongly assuming the midfielder would be as key to Emery’s plans as he was to Arsene Wenger’s.

Emery continues to play down the controversial situation, insisting Ozil is important as he is Arsenal’s fourth while explaining that the treatment is to bring the best out of the 30-year-old.

“At certain times, you have to provoke friction with footballers,” the manager said. “From that friction, you can get something more out of them, something from inside, a greater sense of ambition or maybe even a complaint – a complaint regarding the team can be positive.

"In the end, the main thing with any footballer is that their qualities are used to benefit the team.”

But at these prices – is Ozil benefiting the team?

So far, the German’s deal has cost the Gunners a whopping £19 million, which works out at an incredible £587,000 per game played.

That figure would not be such a problem if it was worth it in his contributions, but it is not.

Ozil has scored five goals since signing his new deal and provided seven assists – none of which have come in crucial games.

Strikes against Europa League minnows Ostersund and Vorskla were hardly noteworthy, with the rest coming against lesser Premier League opponents – Newcastle, Watford and Leicester. Yet, they cost Arsenal £3.85 million each.

His assists were arguably more significant – with two in Milan and three against CSKA Moscow as the Gunners reached the last four of Europe’s second-tier competition.

But those are the type of contributions that should be expected from a player of his calibre, especially against opponents of that quality.

There were only a further two in the Premier League – against Watford and Stoke – making each cost the equivalent of £2.75 million in his new contract so far.

While Ozil’s time on the pitch may have been limited - to the point that he has cost £7,600 per minute played or, incredibly, £126 per second – he should be affecting games more than he is.

Each shot at goal has cost Arsenal £1.2 million. Each chance created has cost £245,000. Each pass completed has cost £12,300. The midfielder’s level of performance compared to the price of his contract is extortionate.

When he gets the chance, he leaves fans wanting more, given he has shown just what he is capable of over the years.

Arsene Wenger suggested recently that Ozil’s new contract may mean he is too comfortable at the Emirates.

What will happen next in this ongoing saga is anyone’s guess, with it becoming more and more unpredictable by the day.

But one thing is for sure; it is going to continue to cost Arsenal far more than it is worth.