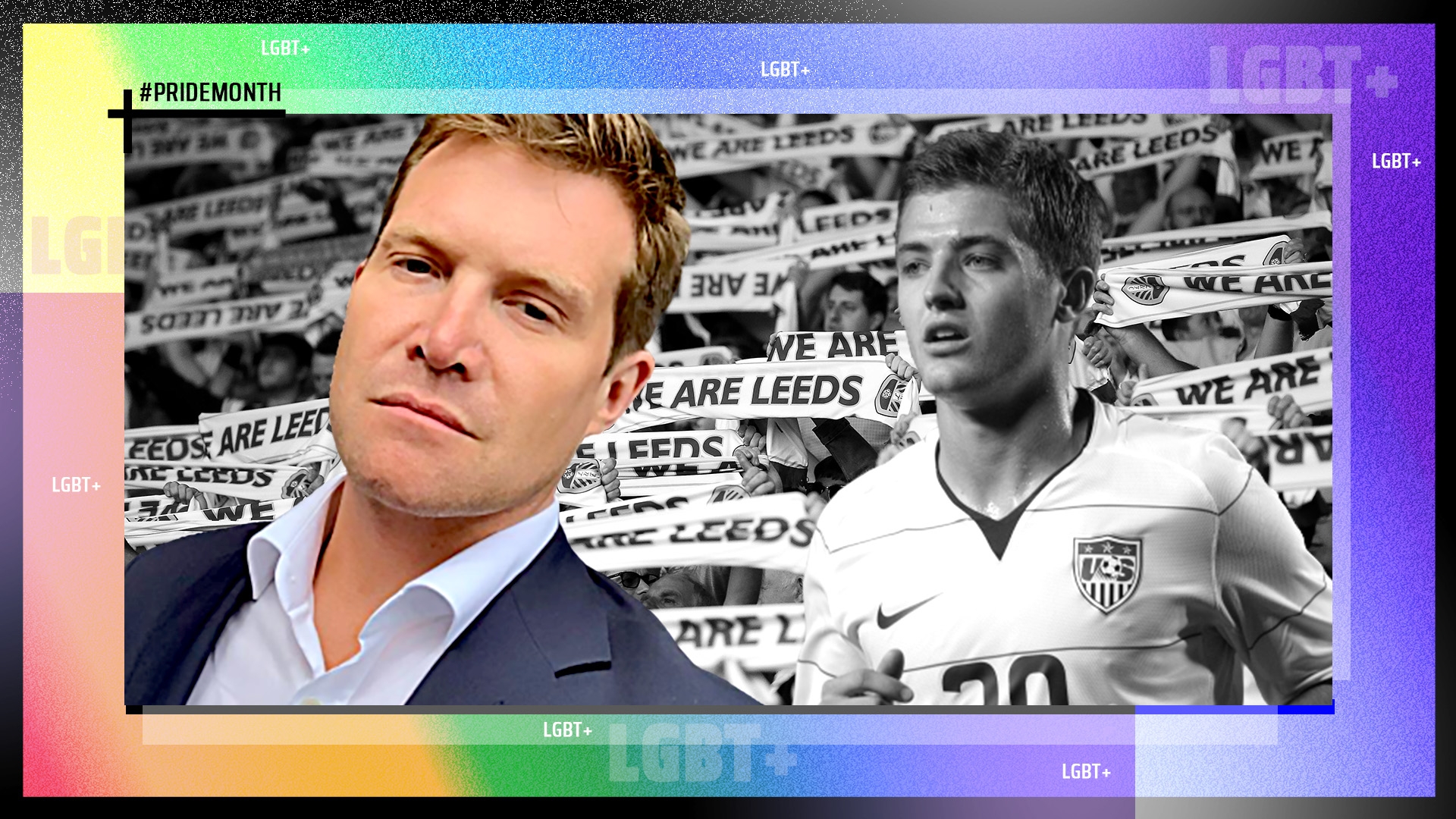 Having become the first openly gay managing director of an English professional team in 2013, the 42-year-old feels little progress has been made

The Football Association (FA) needs to do more on a consistent basis to support LGBT footballers before a male Premier League player is able to come out, according to the only openly gay man to work as a managing director of an English professional club.

David Haigh led the negotiations for Dubai bank GFH Capital’s takeover of Leeds United – “it was almost by mistake, I was one of the very few people who could get on with Ken Bates”, he says - and served as managing director during the 2013-14 season.

During his time at the club, he made Leeds the first Stonewall Diversity champion for LGBT rights in football, including an announcement on the pitch alongside former United player Robbie Rogers, who had just come out as gay.

Nearly seven years after what he called "Gay Day" at Leeds – Haigh thinks the English game is no further on, and blames a lack of real devoted leadership from the FA and a lack of anything other than symbolic gestures and campaigns, such as the annual 'Rainbow Laces' initiative.

“Robbie came over 2012-13, and seven years on, the reality is there are still no openly gay major players in the game and there is still a lot of homophobia and abuse,” he said, speaking exclusively to Goal.

“There are a lot of initiatives, but there is a lack of leadership and strategy. The Premier League and FA make a lot of fuss every Pride Month, but nothing ever gets done. It raises visibility, but I don’t think it makes it easier for anyone who is gay to walk into a football match and not get abused.

“I still talk to players a little bit, and no real progress has been made – I don’t see a male player coming out any time soon, not now. It is disappointing but you cannot berate the players, it might be they’re worried how it would affect their game, their commerciality, or with their team-mates.

“It will take one brave player, and we aren’t there yet. If you have spent all your life playing football to get to the position you want, would you risk all of that?

“It’s only going to get better, it’s a question of how quickly. There is a positive future, but now it has stagnated. I was doing this in 2013, seven years later what advancements have been made? Pretty much none.

“There is Rainbow Laces, but what has that changed? It is a symbol, a gay player is still going to get abused and heckled. There is certainly a lot more visibility, but there is an awful lot more to do and we don’t seem to be getting anywhere fast.”

Haigh, who in 2015 was imprisoned in Dubai for 22 months after being found guilty of "breach of trust" while working at GFH, and is now involved in activism to promote human rights in the Middle East, says the pitch announcement with Rogers set him on a collision course with the owners.

“Working at Leeds, my friends knew, I never made a big thing of it. I just ran a football club, I just happened to be gay,” Haigh said.

“One of the things I faced was that a lot of clubs – and Leeds was one of them – are owned by people from countries where being LGBT isn’t just frowned upon, it’s a criminal offence.

“I had a spectacular falling out with the owners after what was essentially ‘Gay Day’ at Leeds – we had Robbie there, we had Stonewall banners all around the ground. I angered them massively. I didn’t care, it was the right thing to do.

“That’s what caused the seven years of disputes which are ongoing. Was that the right thing for my career? Of course not. But was it the right thing to do from a diversity perspective? Yes, and I would do it again.

“I was walking around the pitch with Robbie and we got a standing ovation, and this is from Leeds, who have a bad reputation. I wanted to show this wasn’t the case.”

Haigh is now involved with the local FA in his native Cornwall as chair of the Inclusion Advisory Group, attempting to make football available to everyone regardless of traditional boundaries such as sexuality, as well as being a board member of non-league club Penzance AFC.

It is a long way from Elland Road – in every sense – but it is a passion project for Haigh who wants to create a more welcoming environment than the one he felt growing up.

“In sport when I was a kid, you got teased a lot if people thought you were gay or a bit different,” he said.

“That’s something I’m passionate about now, making sure kids can go and play for their local team, that no LGBT kid ever feels they shouldn’t be able to do something like that. When I was young, you felt it was the reserve of other people, not you. Has that changed much? I don’t know that it has.”

So what exactly needs to change?

“There needs to be a fuller consultation from the FA, a greater exercise of what we, as the football world, can do to make this a more welcoming place for fans and players. Clearly we are not doing something, and it is an exercise which involves everyone, rather than the odd spectacle every year.”