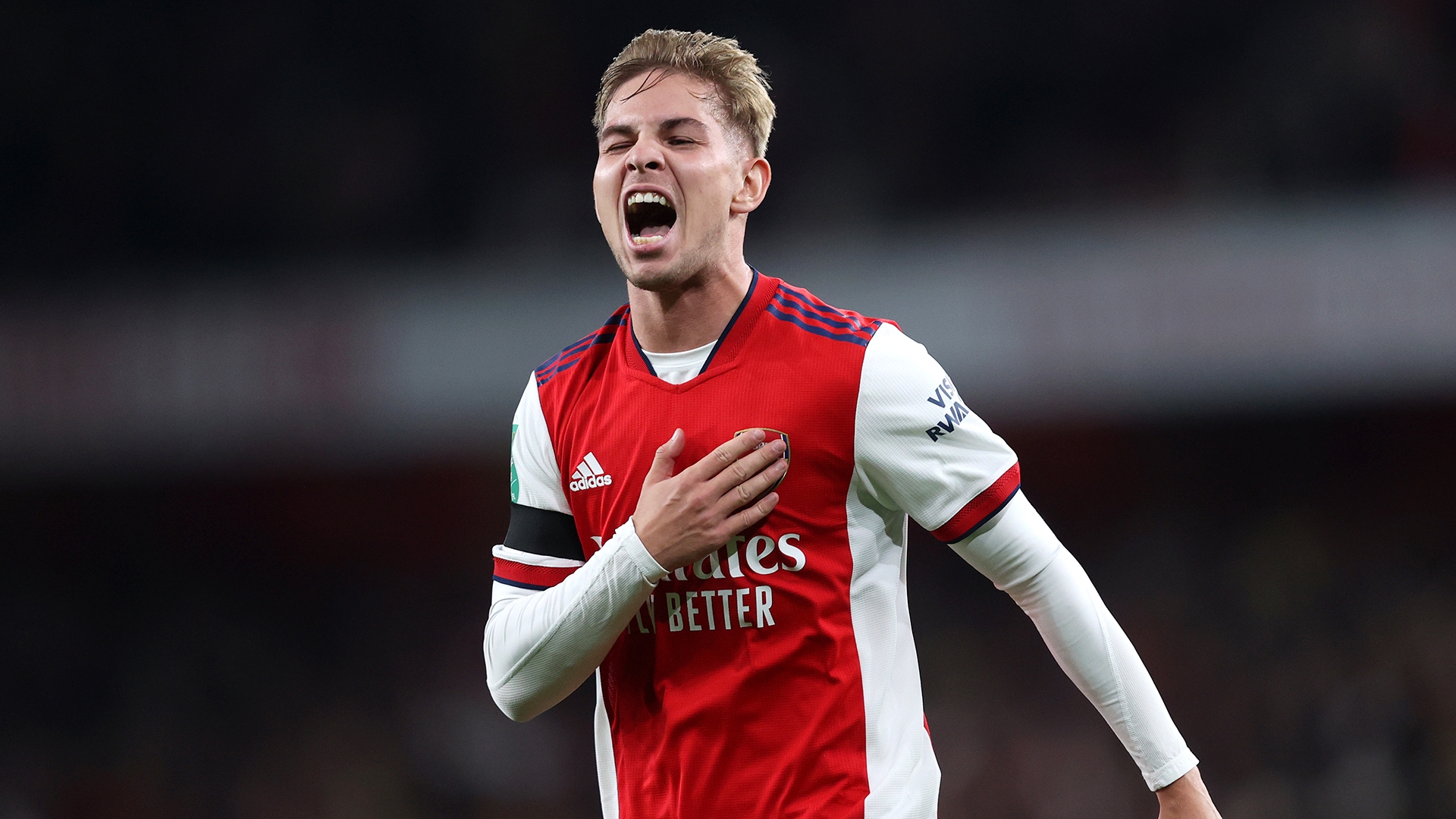 Arsenal cruised through to the fourth round of the Carabao Cup with a 3-0 win against AFC Wimbledon on Wednesday night.

The League 1 side fought gamely after falling behind to an early Alexandre Lacazette penalty in north London, but eventually caved in the second half following the introduction of Emile Smith Rowe and Bukayo Saka.

It was Smith Rowe who doubled Arsenal’s lead when he turned the ball home from close range, after Lacazette had forced it into his path.

Below, Goal goes through some of the big talking points from Arsenal’s third successive win in all competitions...

Mikel Arteta opted for a strong starting line-up for the third-round clash, just as he did against West Brom in the previous round.

While that might have frustrated plenty of fans who were hoping to see one or two of the club’s talented youngsters for the first time, it was a clear signal of intent from the Arsenal manager.

With no European football to clog up the fixture schedule this season, Arteta sees the League Cup as a real chance to win some silverware.

So, although he gave the likes of Pierre-Emerick Aubameyang, Gabriel Maghales and Ben White the night off, he still filled his starting XI with established senior stars.

They now head into Sunday’s north London derby against Tottenham high on confidence, after three wins on the bounce.

For all of Arsenal’s dominance against Wimbledon, it took the second-half arrivals of Emile Smith Rowe and Bukayo Saka to see off Wimbledon’s plucky resistance.

Despite creating several opportunities, Arteta’s side were unable to build on the lead given to them by Lacazette’s early penalty.

But the introduction of Smith Rowe and Saka after the interval proved too much for a tiring Wimbledon side, with the two academy products giving Arsenal the extra quality they needed in the final third to kill the game off.

It was Smith Rowe who scored the second and Saka was heavily involved in the build-up for the third, which was eventually expertly finished by Nketiah.

Arsenal proved far too strong for Wimbledon on the night. But the way the game panned out was another reminder of how much they rely on their two homegrown youngsters to make things happen.

Of all of Arsenal’s summer signings, Nuno Tavares was perhaps the most unheralded.

The Portuguese left-back arrived from Benfica for a relatively modest £8 million ($10.9m) and was brought in to primarily serve as Kieran Tierney’s understudy.

But the 21-year-old looked bright during pre-season and caught the eye once again against Wimbledon, especially in an attacking sense.

He’s clearly very raw and Tierney won’t be worrying about losing his place any time soon, but Tavares has all the attributes to become a fine player over the next few years.

He caused Wimbledon problems all night down the left and was unlucky not to score when his second half header from Gabriel Martinelli’s cross crashed against the post.

Tavares was signed as one for the future and it’s clear that with some good coaching over the next few years he has all the attributes to develop into a fine attacking left-back.

It was a big surprise to see Thomas Partey named in the starting XI against Wimbledon.

Given his importance to Arteta’s side and his injury issues so far this season, most expected he would be given the night off ahead of the derby.

However, he lined up in midfield alongside Sambi Lokonga and Ainsley Maitland-Niles, playing for 55 minutes before being replaced by Smith Rowe.

And sources close to the player have told Goal that Partey asked to start the game to boost his fitness levels in preparation for the Tottenham match this weekend.

The Ghana international was clearly struggling against Burnley on Saturday and failed to complete the 90 minutes on what was his first start of the season.

So, he felt a good run against Wimbledon would increase his match fitness ahead of Spurs’ visit to the Emirates.

Patino made to wait

Many of the 40,000+ crowd who made their way to Emirates Stadium on Wednesday night were hoping to cast their first glimpse of Charlie Patino in the first team.

The 17-year-old has been enjoying a fine season with the Under-23s and has been training regularly with the first-team at London Colney since the summer. He even played for an hour against Brentford in a behind-closed-doors friendly during the international break.

But while the likes of Pep Guardiola and Jurgen Klopp took the opportunity to blood some of their youngsters in the Carabao Cup on Tuesday night, Arteta opted to go with the tried and tested against Wimbledon.

He did make 10 changes from the side that won at Burnley, but it was still a starting XI that was packed with first-team experience and it was a similar story on the bench.

Patino was at the Emirates, but he sat watching the game in Adidas’ corporate box.

That will no doubt have been a big disappointment for the talented young midfielder. But if he keeps developing at his current rate, it surely won’t be too long until the Emirates crowd gets to see him in action.