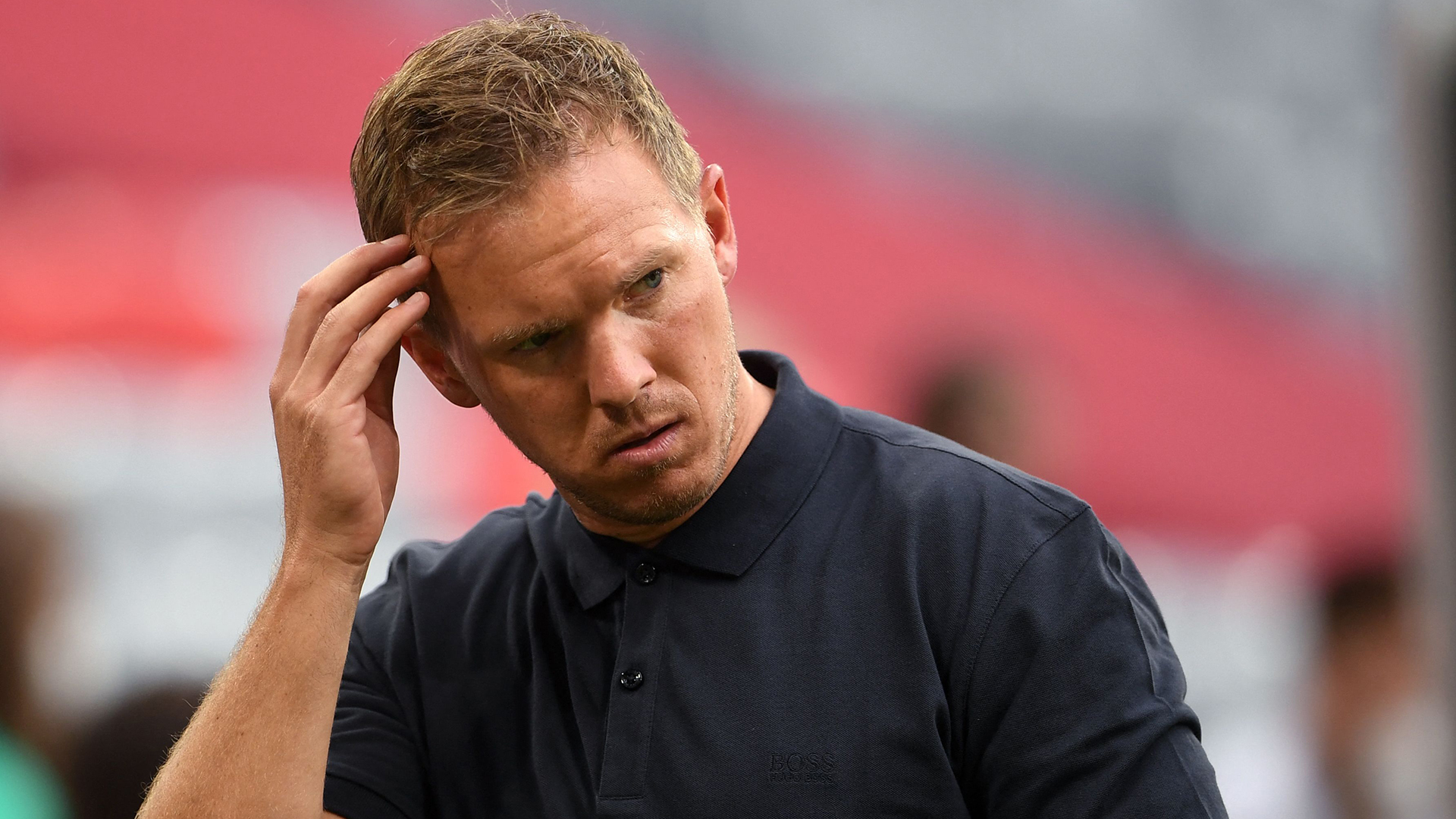 The former RB Leipzig boss was absent for his side's third Champions League clash of the season, which ended in another comprehensive victory

Bayern Munich coach Julian Nagelsmann has tested positive for Covid-19 after missing his side's Champions League victory over Benfica on Wednesday with a "flu-like infection".

Nagelsmann has enjoyed a fantastic start to life on the Bayern bench since moving from RB Leipzig over the summer.

However, he had to watch from afar as his charges continued their perfect start in Europe at the Estadio da Luz with a 4-0 victory - with assistant coaches Dino Toppmoller and Xaver Zembrod overseeing events from the touchline.

"Julian Nagelsmann, 34, head coach of FC Bayern Munich, tested positive for the corona virus despite being completely vaccinated," Bayern have said in a statement on the club's official website.

"He will return to Munich separately from the team in a medical plane and will go into domestic isolation."

Earlier reports claimed that Nagelsmann began to feel unwell in the team hotel in Lisbon and thus decided to stay behind when the rest of the Bayern squad made their way to the game as a precautionary measure.

He will now be missing from the bench again when the Bundesliga title holders return to domestic action on Saturday in a home date with Hoffenheim.

Aside from their coach, Bayern had to make do without two key players on Wednesday.

Alphonso Davies is out due to a hamstring problem, while Leon Goretzka is suffering from a cold which has also sidelined him for the Champions League game. The pair were by Lucas Hernandez and Marcel Sabitzer respectively in the Bavarians' first XI.

A late flurry of goals nevertheless saw them breeze past Benfica with a 4-0 win, Leroy Sane netting twice including a spectacular free-kick while Robert Lewandowski and Everton's own goal completed the rout.

Toppmoller said afterwards: "It was a lot of fun in an unfamiliar role. The boys did sensationally well - especially in the second half. A great performance. We had a lot of chances."

Sane added: "We played a very good game. Even the first half was good, but we missed something upfront. I'm very happy with the performance.

"The coach prepared us very well for the game, like he always does. We knew Benfica would be aggressive in duels and we had to be patient. We were unlucky with the disallowed goals, but in the end the win was deserved."

Bayern remain top of Group E after Wednesday's victory, having picked up a perfect nine points from nine so far with 12 goals scored and zero conceded. They also lead the Bundesliga by a single point over rivals Borussia Dortmund, having demolished Leverkusen 5-1 away from home in their last outing.