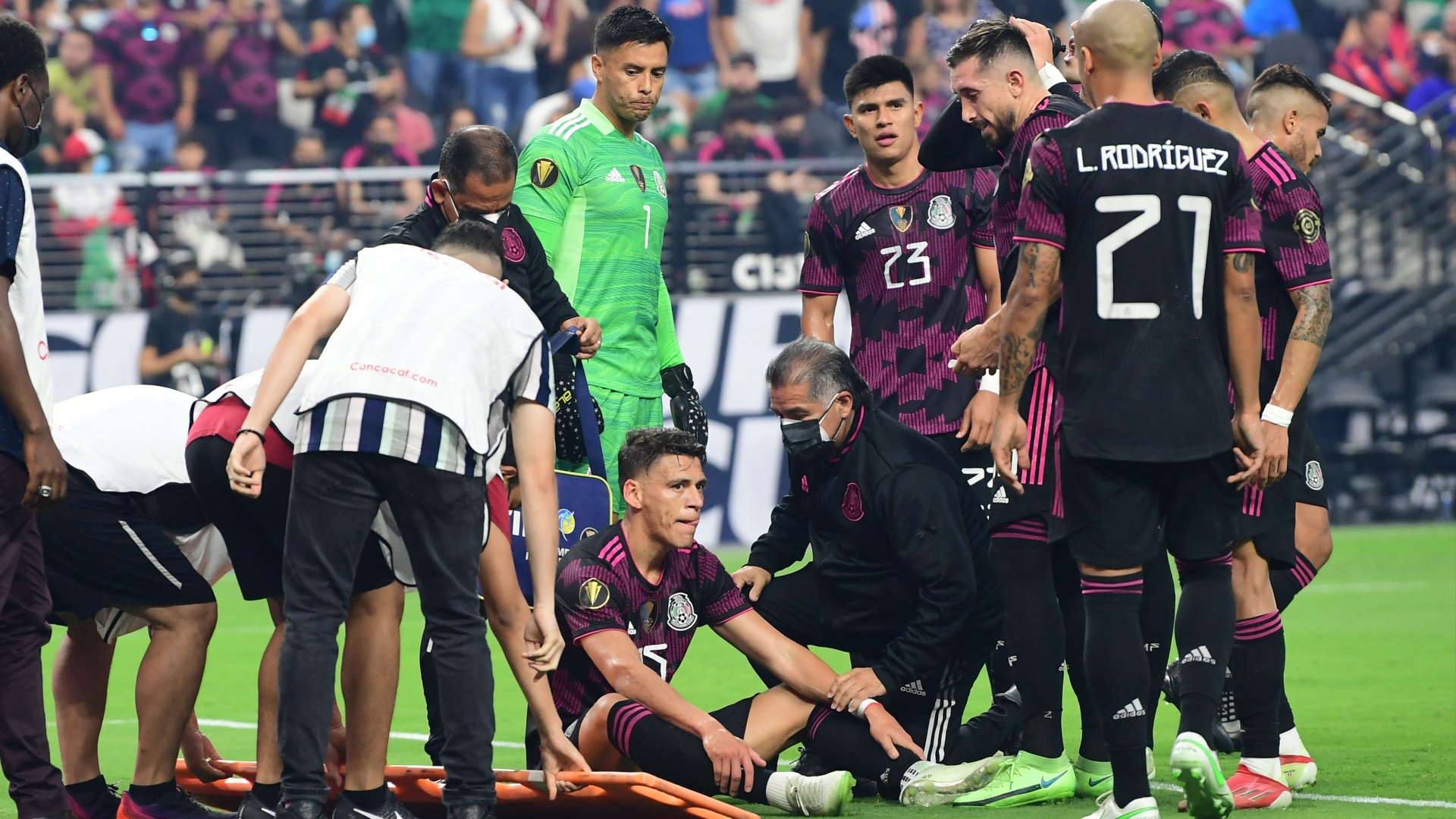 Monterrey center back Hector Moreno has suffered a Grade 1 hamstring strain, the club announced, in news that will prove a short-term disappointment but can still be considered best-case scenario under the circumstances.

His muscle injury diagnosis is the mildest variety, and he will miss at least two weeks but could be back shortly thereafter.

Moreno was forced off the pitch last week on Mexico duty in the Gold Cup final against the United States, but he only underwent testing for the problem when he arrived at Rayados camp.

“Hector Moreno has a grade one muscle injury in the hamstrings of the right thigh," announced the club. "After conducting the pertinent studies, the prognosis for recovery is at least 14 days."

Moreno was a summer pick-up for Rayados after becoming a free agent at the end of last season. He had spent two years in Qatar with Al-Gharafa but has since admitted he never felt the organization was the correct fit for him.

His return to Liga MX is a homecoming long in the making, as he last played domestically in Mexico in 2007.

Earlier this week, Moreno said part of the reason he has come back to Liga MX is to ensure he's a leading candidate for El Tri's backline in the 2022 World Cup, having felt the time in Qatar lowered his national team stock.

"[Monterrey is a] club where you have all the tools, where I can keep myself physically as well as possible," he said.

The news he could be back within a month, then, will be seen as a positive as it means he could be in contention for Mexico's World Cup qualifier against Jamaica on Sept. 2.